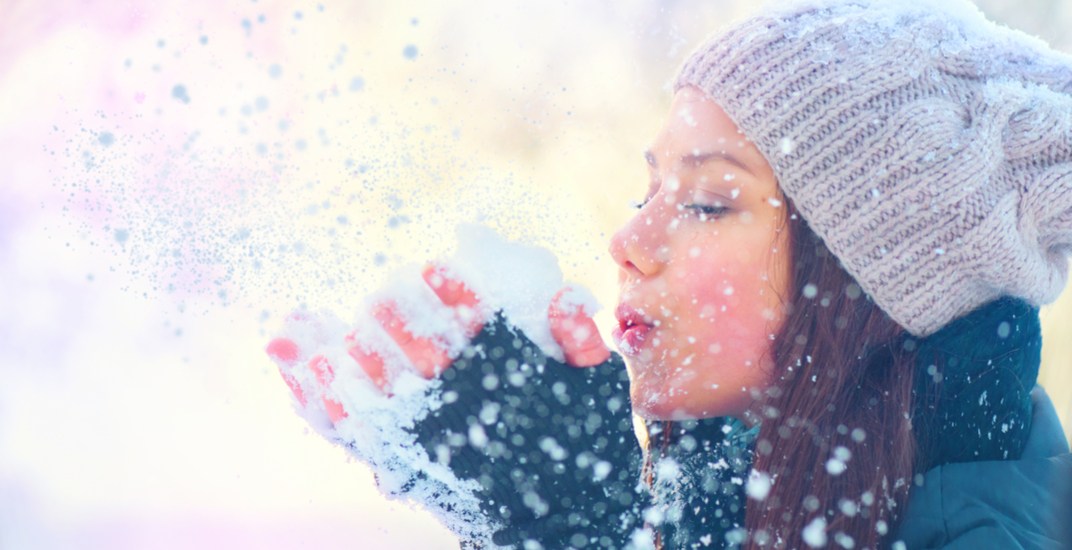 Vancouver may be basking in clear skies and sunny weather right now, but you can’t deny there’s something special about a white Christmas. So what are the chances?

Well, according to Doug Lundquist, Environment Canada meteorologist, it’s too far off to tell, and even then it’s not very likely – but it is possible.

Lundquist told Daily Hive that computer modelling for the region indicates temperatures may drop next week.

“There’s a chance it will get colder towards Christmas, which would increase the chance of snow,” said Lundquist. “There’s a little bit of hope.”

Lundquist said climatology statistics dating back to 1994 show that Vancouver has a snowy Christmas about 15% of the time.

For the record, that’s two centimetres of snow on the ground at Vancouver International Airport at 4 am on Christmas Day.

So will we be needing sunglasses or snowboards for Christmas? We’ll have to wait until next week to find out, said Lundquist.

“If it turns colder in the middle of next week, you may be in with a chance,” said Lundquist.

While Environment Canada doesn’t forecast more than five days in advance, The Weather Network is currently predicting nothing but sunshine beginning next Wednesday and running well past Christmas. 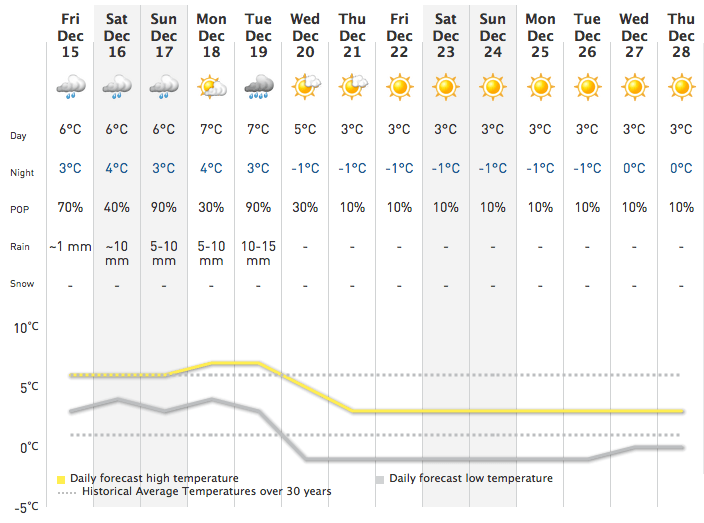 In case you forgot or weren’t around last year, here’s a throwback to December 4, 2016 when Vancouverites woke up blanketed in snow: