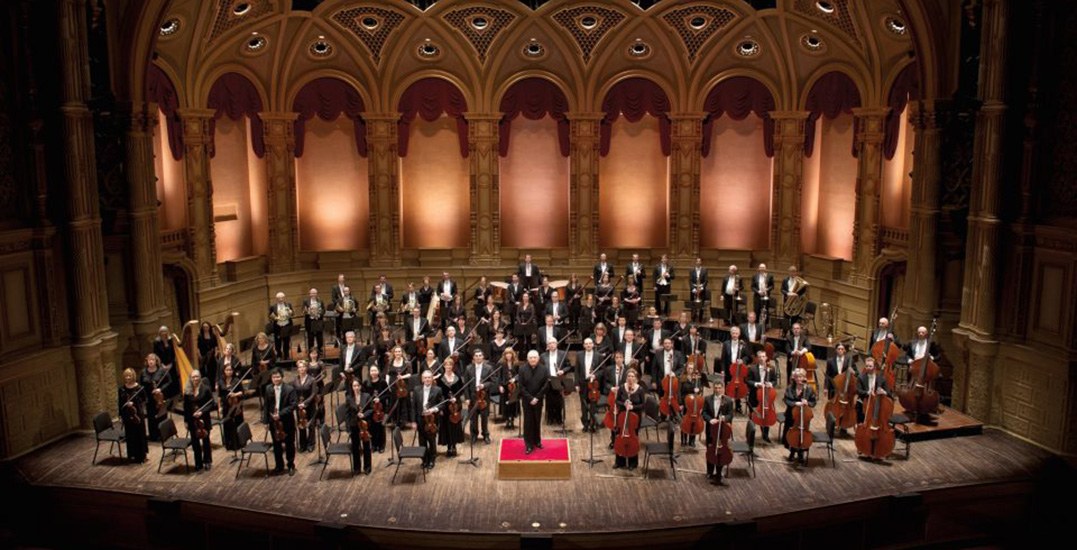 The Vancouver Symphony Orchestra (VSO) will celebrate its 100th anniversary during the 2018-2019 season.

The goal of the VSO’s anniversary season is to reflect and build on the past, as well as take a look at the future of their music.

Highlights of this season include two new additions to their signature ‘Live to Picture’ performances. In addition to their highly popular Harry Potter Film Concert Series, they’ll be performing scores from Star Wars: A New Hope and La La Land. The two concerts take place in July 2018 and November 2018, respectively.

Other highlights of the 100th anniversary season include two major dates for celebration.

On January 26, 2019, VSO will mark a ‘Day of Music’: an anniversary celebration of their first ever concert that took place on January 26, 1919. The day will include free concerts and other musical activities, taking place at the Orpheum, the Queen Elizabeth Theatre, Playhouse, Annex and VSO School of Music’s Pyatt Hall.

Their 100th anniversary gala celebration will take place on June 11, 2019. A celebration concert at the Oprheum Theatre will conclude their anniversary season and feature Grammy-winning and Juno-winning violinist, James Ehnes.

For more information on VSO concerts, dates and ticket prices, you can visit their website.