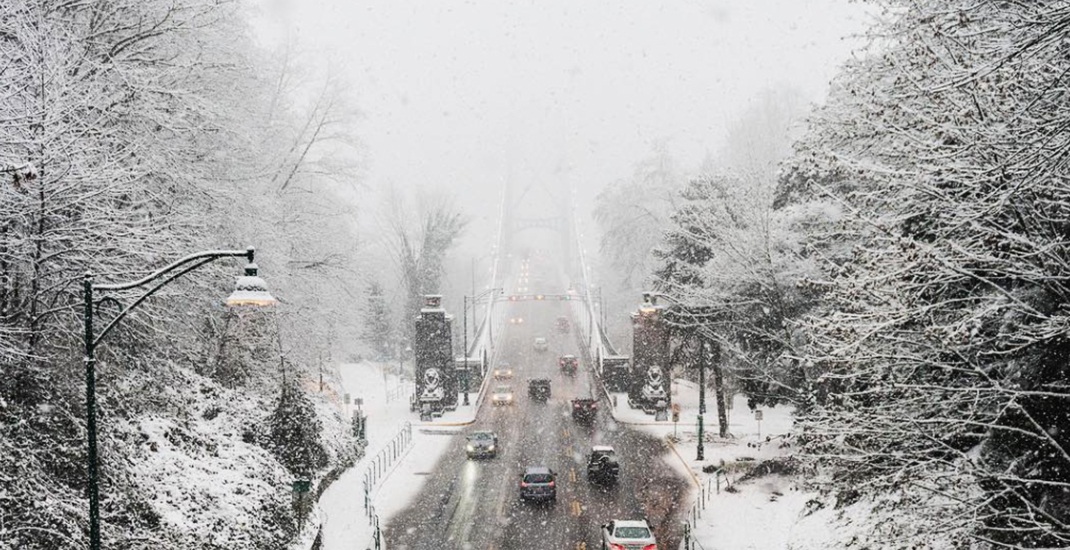 Spring has arrived in Vancouver, and with it (apparently) comes rain, snow, and hail.

According to a Special Weather Statement issued by Environment Canada, a strong Pacific cold front is approaching the South Coast Thursday morning, bringing rain for most areas.

And as the cold front sweeps through this afternoon and tonight, freezing levels will plummet and rain will become mixed with snow over higher urban communities and over inland regions.

Environment Canada is forecasting a few centimetres of snow accumulation over higher terrain and inland.

Showers and flurries are possible on both Thursday and Friday.

With it, on Thursday night and Friday, there’s a chance of thunderstorms producing small hail, “as an unseasonably cold pool of air in the upper atmosphere settles in,” says the weather statement.

As we head to the weekend, Friday looks like an unsettled day of weather across the South Coast.

In a way, it will be a typical Vancouver weather day, with a mix of sunny periods, rain showers, snow flurries or thunderstorms with small hail. Expect snowfall amounting to 2 cm over higher terrain.

By Saturday, the weird weather will clear up, and we’ll be back to spring as usual – aka just rain. 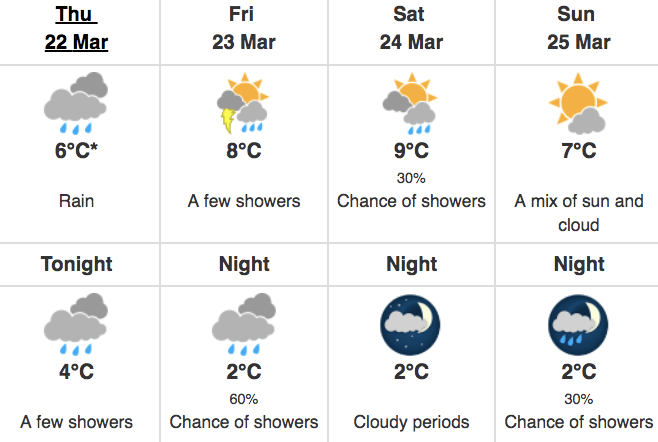