Vancouver Mayor Gregor Robertson is making a formal offer to the federal government that could result in the construction of as many as 3,500 social housing units.

The Mayor’s Office has confirmed with Vancity Buzz that the City of Vancouver is offering $250 million worth in land to the federal government. In exchange, Ottawa would provide a $500 million investment over the next five years to construct social housing on the land offered by the city.

Federal funding would arrive from the Liberal government’s much-touted election promise of $60 billion in infrastructure funding, which includes commitments to public transit, green technology, and social infrastructure such as affordable housing.

A total of 23 City-owned sites, including three contingency options, are being considered for 20 social housing projects. The sites are located clustered in the Downtown Eastside, Yaletown, Northeast False Creek, Mount Pleasant, South Vancouver, and the East Fraserlands.

Construction activity from the projects is expected to generate as many as 9,000 jobs by 2020, including 2,000 to 3,000 jobs over the first two years of the program.

Mayors of Canada’s biggest cities are scheduled to gather in Ottawa this week to formally lobby the federal government for funding commitments to specific municipal projects. Prime Minister Justin Trudeau is expected to release his first budget next month.

By 2021, the Vancouver has a stated city-wide goal of creating 5,000 market rental housing units and 2,900 supportive housing units. There is also a separate target of adding 1,400 units of social housing and 1,650 units of market housing within the Downtown Eastside neighbourhood. 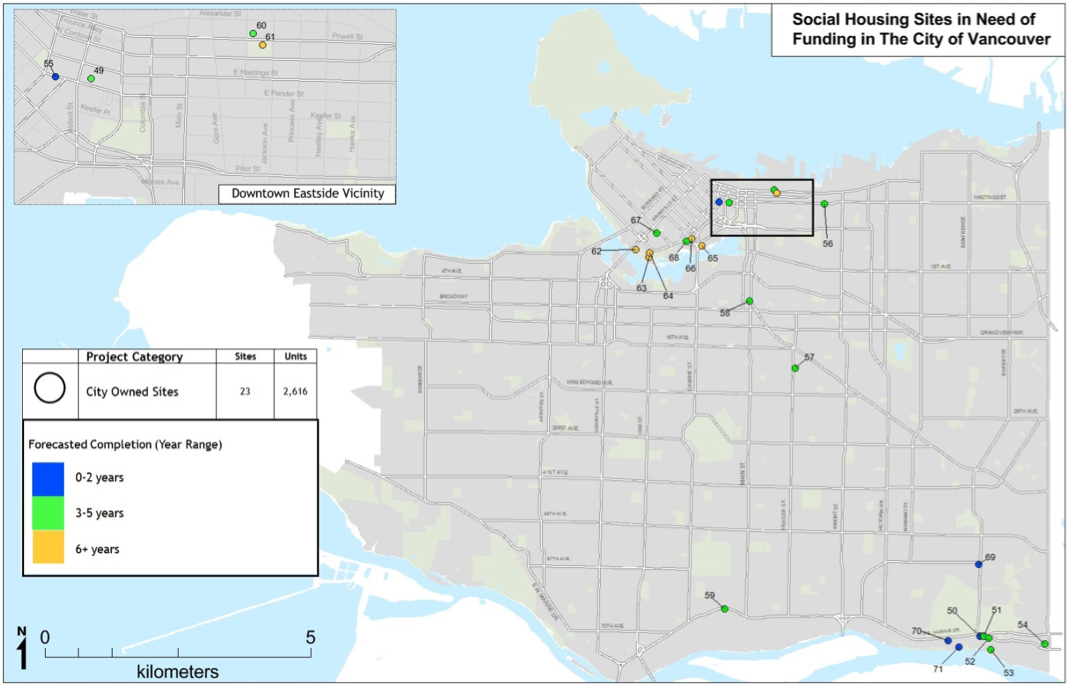