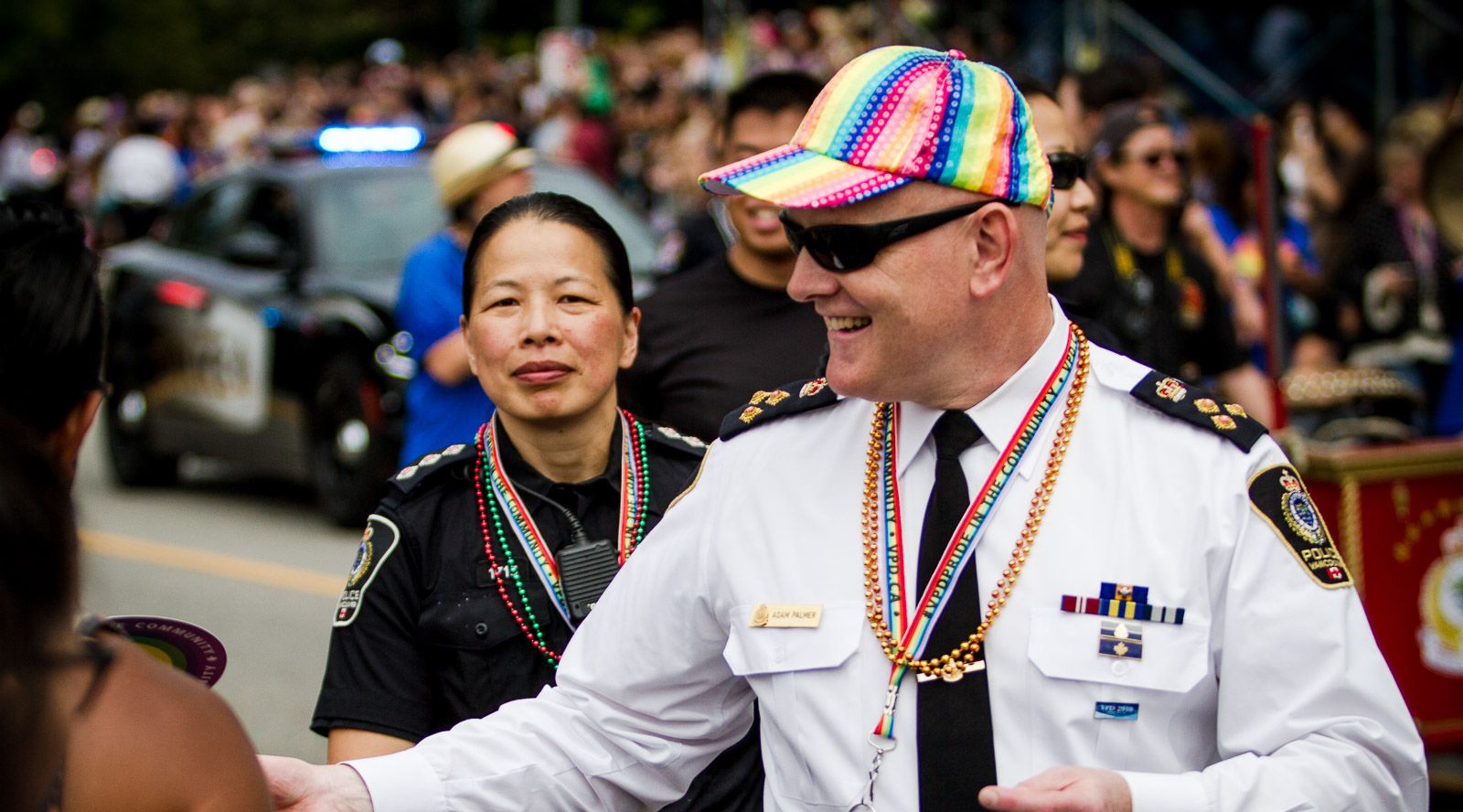 The Vancouver Police Department and the RCMP will be allowed to participate in the Vancouver Pride Parade, but there will be new policies to dictate how they are involved in the annual festivities.

In a release issued by the Vancouver Pride Society, it was confirmed that VPD officers and volunteers will walk in the Pride Parade as part of the City of Vancouver’s entry instead of in separate groups.

This means the VPD contingent will join staff and officials from the Vancouver Public Library, Vancouver Park Board, and Vancouver Fire Rescue.

It was also announced that only approximately 20% of those marching will wear uniform, the rest of VPD’s representatives and uniformed City staff will walk in t-shirts.

Police patrol cars and even an armoured vehicle have been featured in previous parades, but these will no longer be permitted. Instead, the VPD will use an unmarked vehicle and the RCMP will have their ‘Diversity Bus’.

“Our members and volunteers look forward to participating in the Pride Parade each year, and we’re pleased that we can keep that tradition going,” said Staff Sergeant Randy Fincham, a spokesperson for the VPD.

“Supporting Vancouver’s LGBTQ2S+ community goes beyond just the parade. We will continue to enhance our existing outreach, education, and awareness efforts year-round to help the community thrive and feel safe.”

Additionally, both the Pride Society and the VPD will participate in a “series of listening circles” so that members of the LGBTQ community can share their stories with police in a supportive and accessible space.

“At Vancouver Pride Society, we believe our role in this process is to facilitate conversations that will help bring about lasting change,” reads a release.

“We are committed to facilitating continued and growing community trust building activities and discussions between law enforcement organizations and the community, year round.”

Such a ban was met with some opposition in the community, leading to a petition that countered Black Lives Matter’s calls against police participation.

According to pride organizers these new policies were created following a consultation process involving over 300 community members and groups; including various police agencies, over the last 10 months.

“What we heard from some queer Indigenous people, queer black folks, members of the trans community and LGBTQ2+ people of colour that they do not always feels safe around police, and that policing organizations – like other public institutions, businesses and community organizations – still have work to do when it comes to being more inclusive, and building trust with marginalized communities,” The Pride Society stated.

“We also heard support for the police to participate and appreciation for the work they have done to date to engage with community and break down barriers.”

This year’s Vancouver Pride Parade is scheduled for Sunday, August 6.