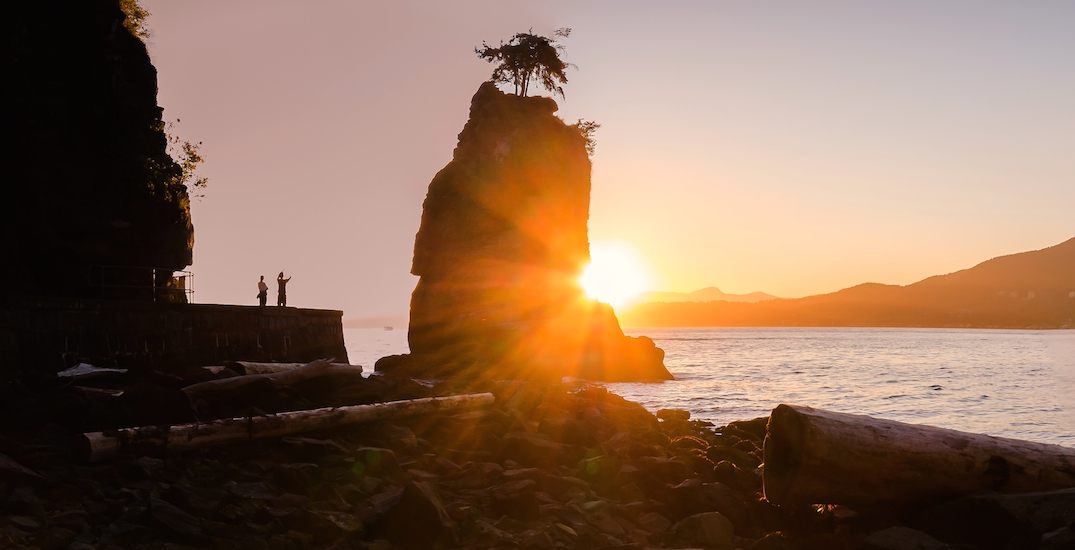 Should the iconic sea stack rock formation on the western coast of Stanley Park be renamed?

One Vancouver Park Board commissioner thinks so.

Located mid-way on the seawall between Prospect Point Lookout and Third Beach, it is one of Stanley Park’s most iconic features.

However, Evans says the formation’s long-held name is “an on-going symbol of disrespect”, and Stanley Park’s history “includes acts of dispossession and disrespect directed toward the indigenous people who inhabited it”.

According to Mike Steel, author of Vancouver’s Famous Stanley Park: The Year-Round Playground, the word “Siwash” comes from Chinook jargon. While native peoples used the word themselves, it holds an etymology from the French word “sauvage,” meaning wild or undomesticated.

The sea stack gained its name from the indigenous legend of Skalsh, a man who swam the waters of Burrard Inlet with his pregnant wife to purify themselves in preparation for their child’s birth.

In her motion, Evans adds that a renaming would align with Vancouver City Council’s policy of being a ‘City of Reconciliation’. The Park Board is scheduled to debate the proposal on Monday, October 2.

The City of Vancouver has a perpetual lease on Stanley Park from the federal government for the use as a public park.