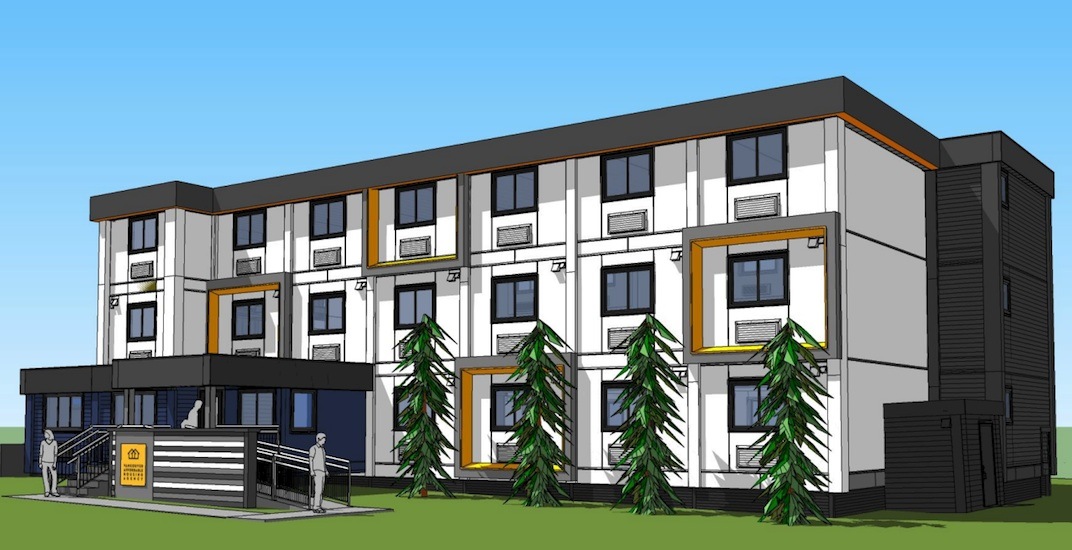 The City of Vancouver has filed a court injunction to remove protesters who have gathered on the approved Marpole site for temporary modular housing.

A day after City Council approved the project last week, local resident protesters responded to the decision by occupying the site near the southwest corner of West 57th Avenue and Cambie Street. Their concerns relate to crime and public safety given that the homeless housing proejct is located within close proximity to three schools.

They blocked the entrance into the site, preventing crews and trucks from moving in and commencing construction.

“Infraction notices were issued to protestors on site who blocked the sidewalk, but the protestors continued to block entrances,” reads a statement from the municipal government. “At this point, the delays due to protests are affecting the anticipated move-in date for tenants.”

The City originally planned on having the project completed for residents by early-January 2018. Such modular housing structures are temporary and can be built at a small cost and within a very short timeframe – as short as a few weeks.

The project, to be built by Alberta-based Horizon North, is intended to house 78 homeless residents on a temporary basis until permanent housing projects elsewhere in Vancouver are ready for occupation. The modular housing structure can be either demolished or dismantled and relocated to another site.

“While the City respects the residents’ right to protest, the temporary modular housing is urgently needed to address the immediate housing needs of Vancouver’s homeless residents while more permanent housing is being created, and the City does not want to see it delayed,” the statement continues.

The modular housing site is on a small parcel of the larger 25.4-acre Pearson Dogwood site privately owned by local developer ONNI, which offered the site to the City on a temporary basis until construction begins on its major redevelopment.

The provincial government is funding the construction of 600 modular housing units within the City of Vancouver at a cost of $66 million.