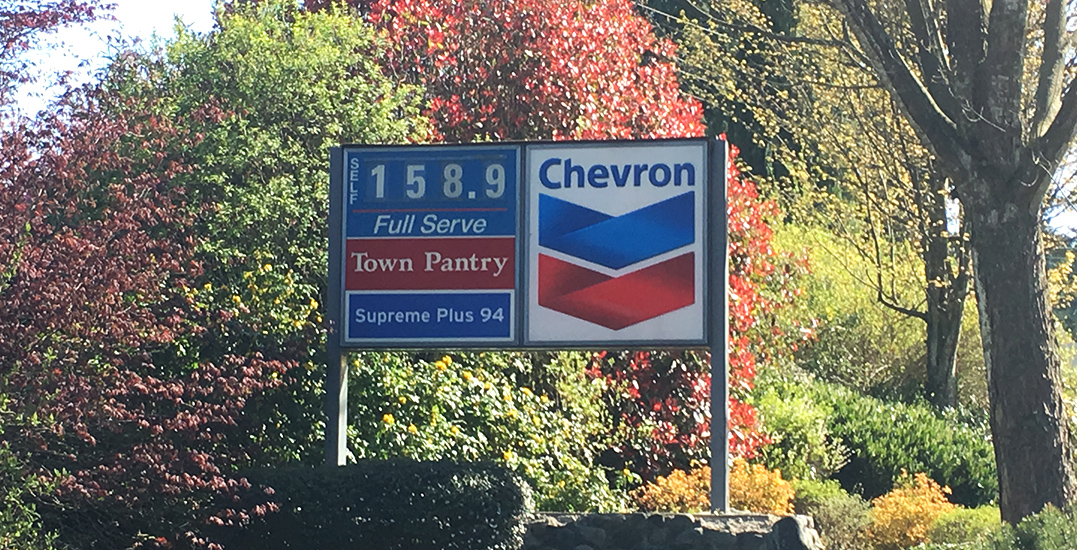 For the second time this week, Vancouver gas prices have reached another record high.

To think it’s only Wednesday…

The price at the pumps hit 158.9 cents/litre, late last night and early this morning, at a number of gas stations around Vancouver.

This all-time record high breaks a prior record of 157.9 cents/litre, a record which was only set two days ago.

Dan McTeague, a Senior Gas Analyst at GasBuddy, shared with Daily Hive that the new record price is a sign of things to come.

When asked what the primary reasons were for the jump in price, McTeague shared that it’s due to a handful of contributing factors. The two to three cent jump comes from a “supply limitation in Washington State, as two refineries are currently in runaround.”

McTeague also explains that it’s a combination of the price of oil rising to “$6 a barrel in the past two weeks, while the Canadian dollar has dropped three cents in value in the same period.”

Daily Hive asked McTeague what the city of Vancouver could expect for gas prices within the next two weeks, he explained that while “it’s likely to back off this week,” the next week could see prices “get closer to 160 cents/litre.” He clarifies that while there are a lot of “moving parts… that price will be achieved sooner or later.”