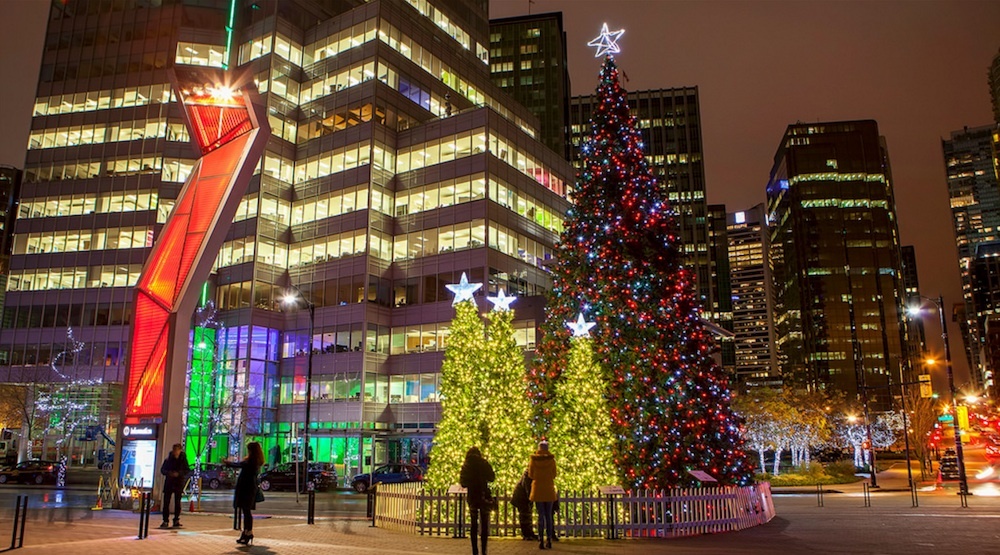 A decade-long Christmas tree lighting tradition that originally began at the Vancouver Art Gallery’s North Plaza is returning closer to the heart of the Central Business District this year.

After spending several years at Jack Poole Plaza, the annual Vancouver Christmas Tree Lighting on December 2 will be relocated to Robson Square for the coming holiday season.

The free public event will include a holiday concert, photos with sanda, holiday crafts, free hot chocolate and cookies, food trucks, and the lighting of the 50-foot, 7,961 lb, Rockefeller-style Christmas tree covered with 6,470 bright light bulbs. The tree will be located on the closed roadway, on Robson Street between Howe and Hornby streets.

Its location was moved this year due to the Vancouver Christmas Market’s takeover of Jack Poole Plaza and the space required for this year’s Concord’s New Year’s Eve Vancouver celebrations. For the 2017 holiday season, it is anticipated the tree will be relocated again – to its original home at the Vancouver Art Gallery’s North Plaza after the major retrofit to redesign and revitalize the public space is completed early next year. 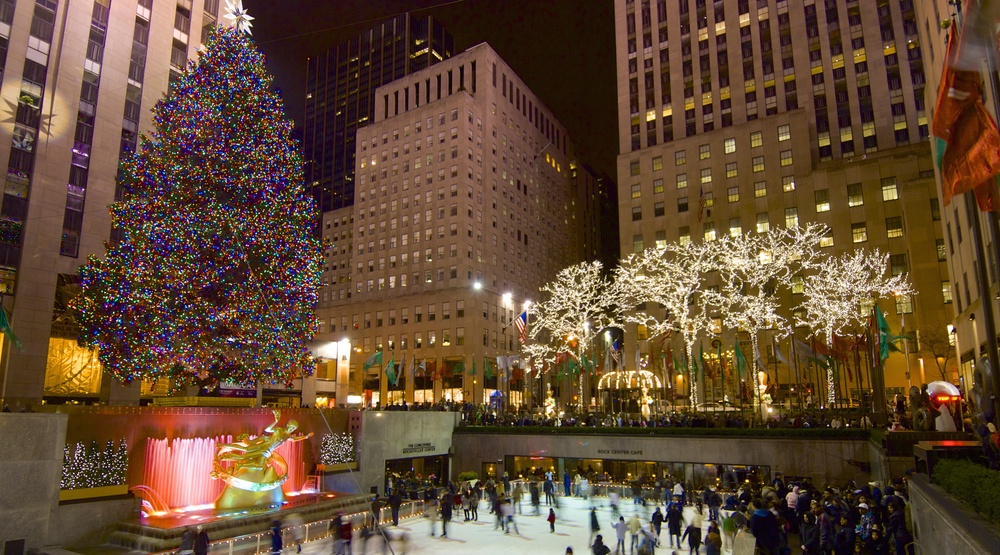 Following the lighting, the tree will remain at Robson Street through Christmas Day and will complement the holiday festivities at Robson Square’s free ice rink.

When: 5 to 7 pm on Friday, December 2, 2016 (the tree will remain at the location through Christmas Day)