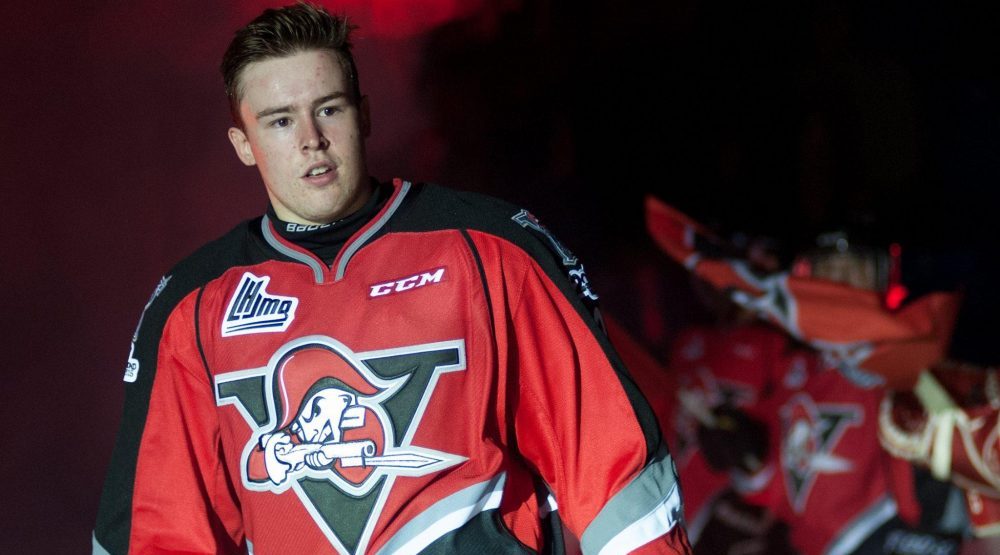 Carcone was an invitee at Canucks Development Camp at Shawnigan Lake earlier this month. Clearly the club saw something they liked out of the undersized forward, because they’ve put pen to paper.

💥 Watch as Carcone goes end-to-end then finds the back of the net, during the #CanucksCamp scrimmage. 💥https://t.co/vTiDrlSwgj

The 5-10, 170-pound offensive-minded Carcone played 66 games for the Drummondville Voltigeurs of the QMJHL last season, scoring 89 points (47-42-89). Carcone led his team in points and goals. League-wide, he was second in goals and eighth in points.

The next question you may be asking is “why wasn’t this kid drafted?!”

The answer to that question is likely the same as every other high scoring player that doesn’t get drafted: his size. If Carcone is a player that can overcome his lack of size, then clearly he’ll be a steal. That’s a big ‘if’ though.

We’ll get our next look at Carcone at the Young Stars tournament in Penticton in September.

Until then, enjoy this beauty he scored as an 18-year-old: