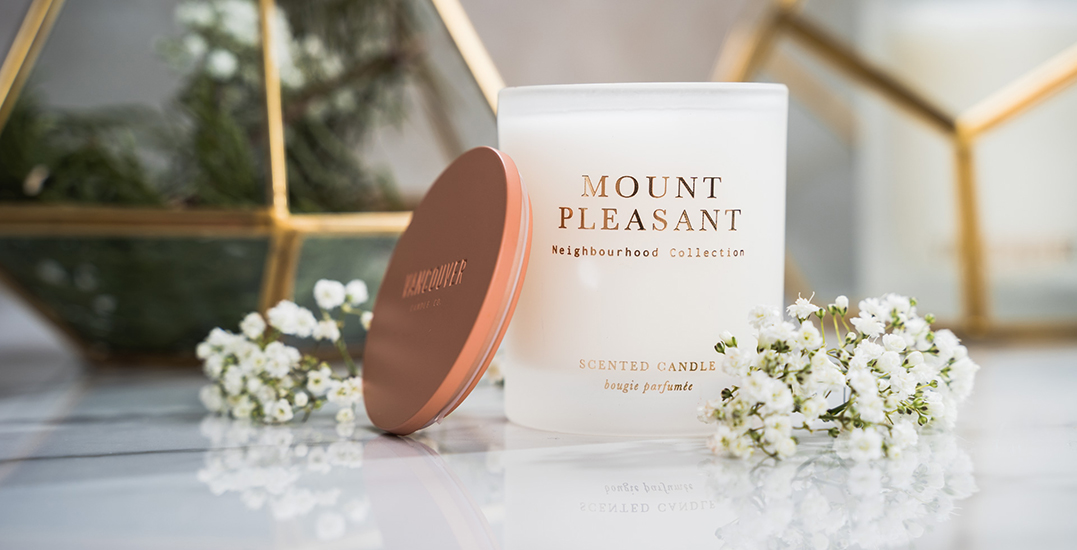 Despite having a number of collections that expand across the country, Vancouver Candle Co.‘s alluring scents started right at home.

Or rather, in their neighbourhood.

Nick Rabuchin is the co-founder and creative director of the company, which was founded in 2014. And while the company’s products have made their way across North America, Rabuchin’s passion for candles started with his family and friends.

“My partner and I always loved candles and the fragrances,” he told Daily Hive in an interview. “We would buy a candle once a week.”

One day, however, the two were far from satisfied with their latest purchase.

“One evening my partner came home with a very expensive candle and it just wasn’t burning properly,” said Rabuchin. “I looked at it and was just like, ‘We paid over $80 for this and there’s nothing.'” 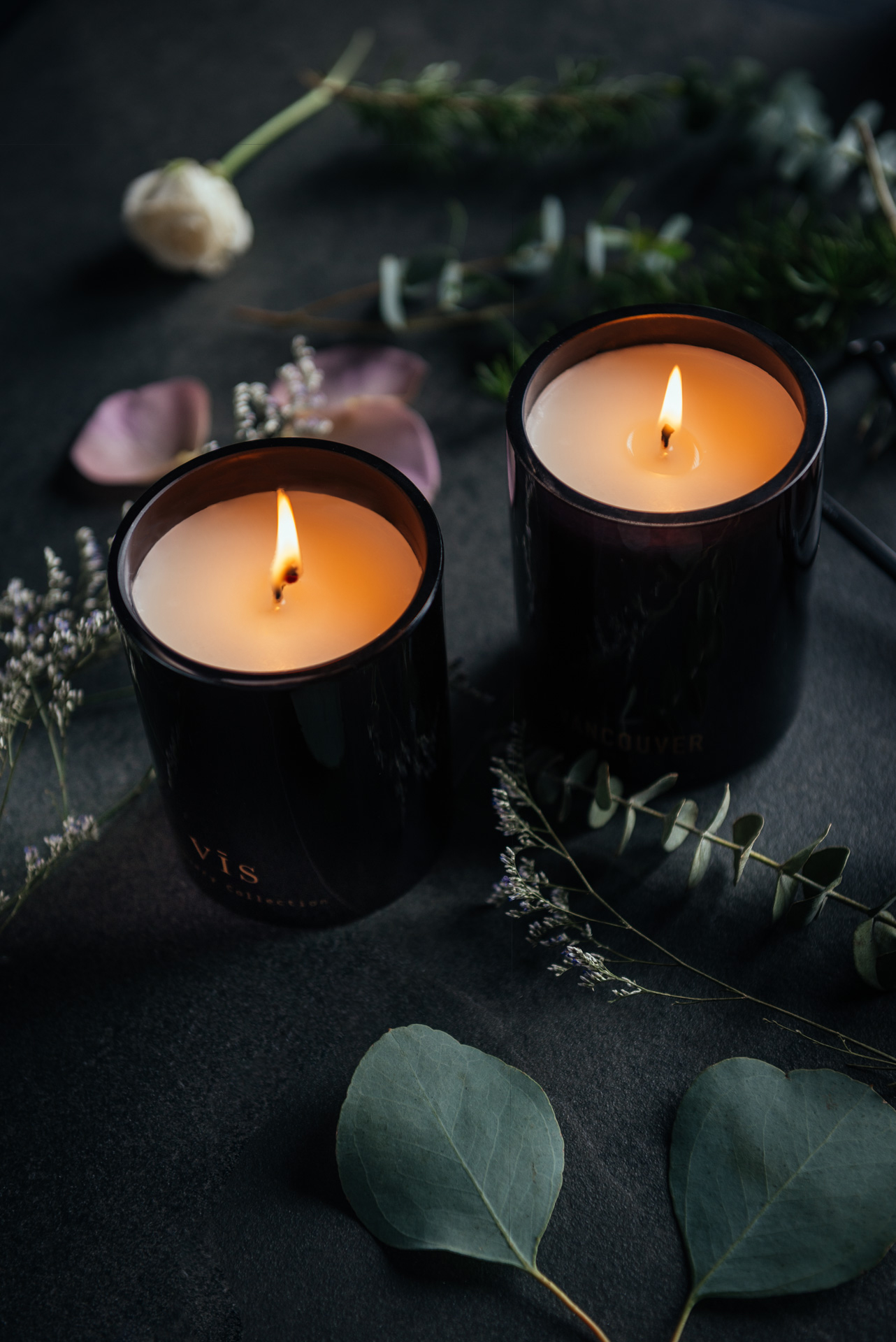 That’s when Rabuchin began delving deeper into the world of candles, scents, and fragrances. Aside from learning about the process, he quickly found out that some candles have harmful ingredients.

“We started to do some research and we soon found out that a lot of these candles have toxic chemicals within them,” he said. “Within the wax, the fragrances, or there’s lead in the wick.”

The co-founder began making candles in his home for personal use. Shortly after, however, his friends and family began asking to have them made.

“They would say, ‘That smells amazing. Can you make me one?’ and it grew organically from there.”

Their first run of scents was called the Neighbourhood collection, which focused on the diversity and nostalgia of Vancouver’s local scene. 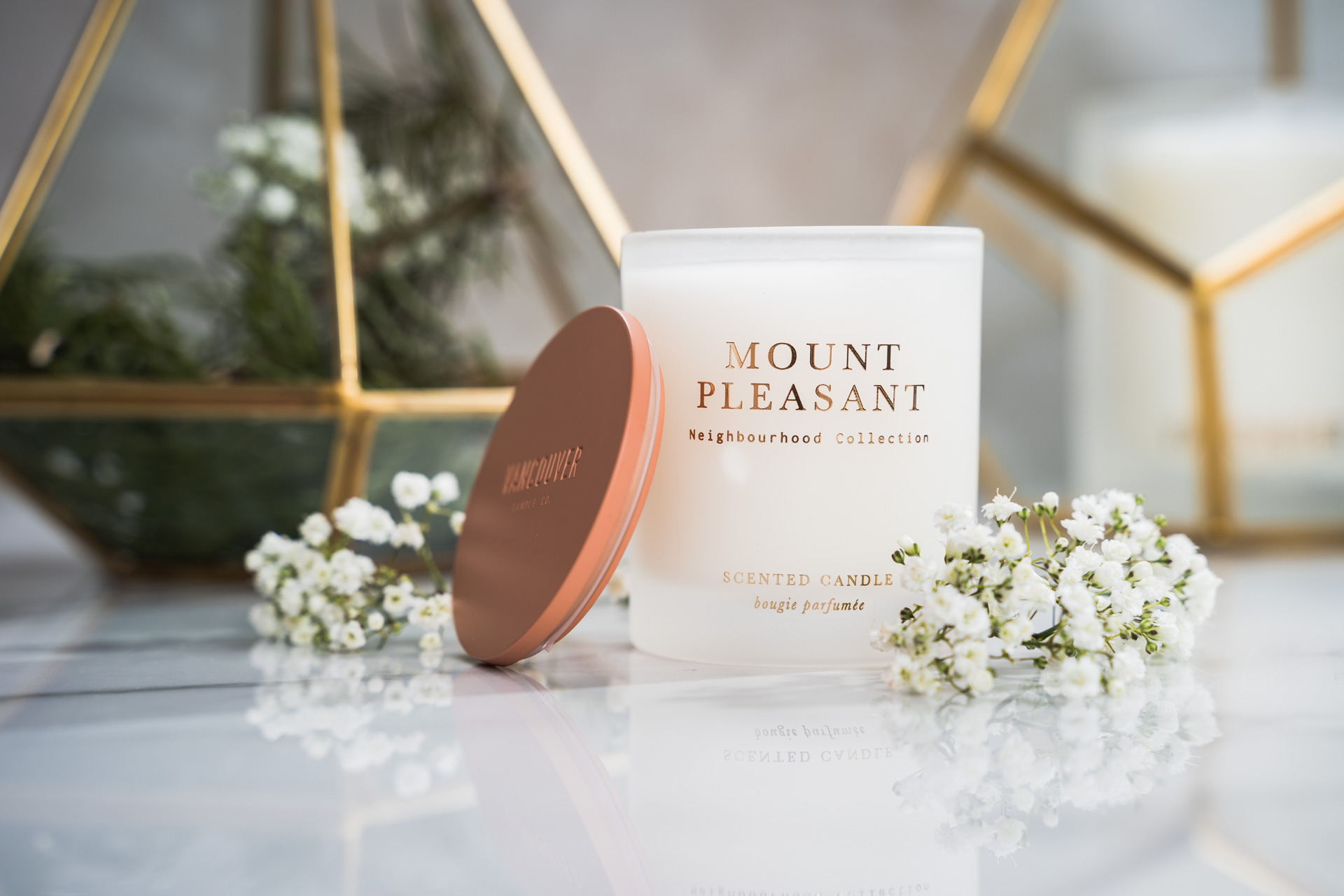 Most recently, the collection has even expanded out east, capturing Toronto’s most prolific areas, such as Yorkville, Queen West, and High Park. 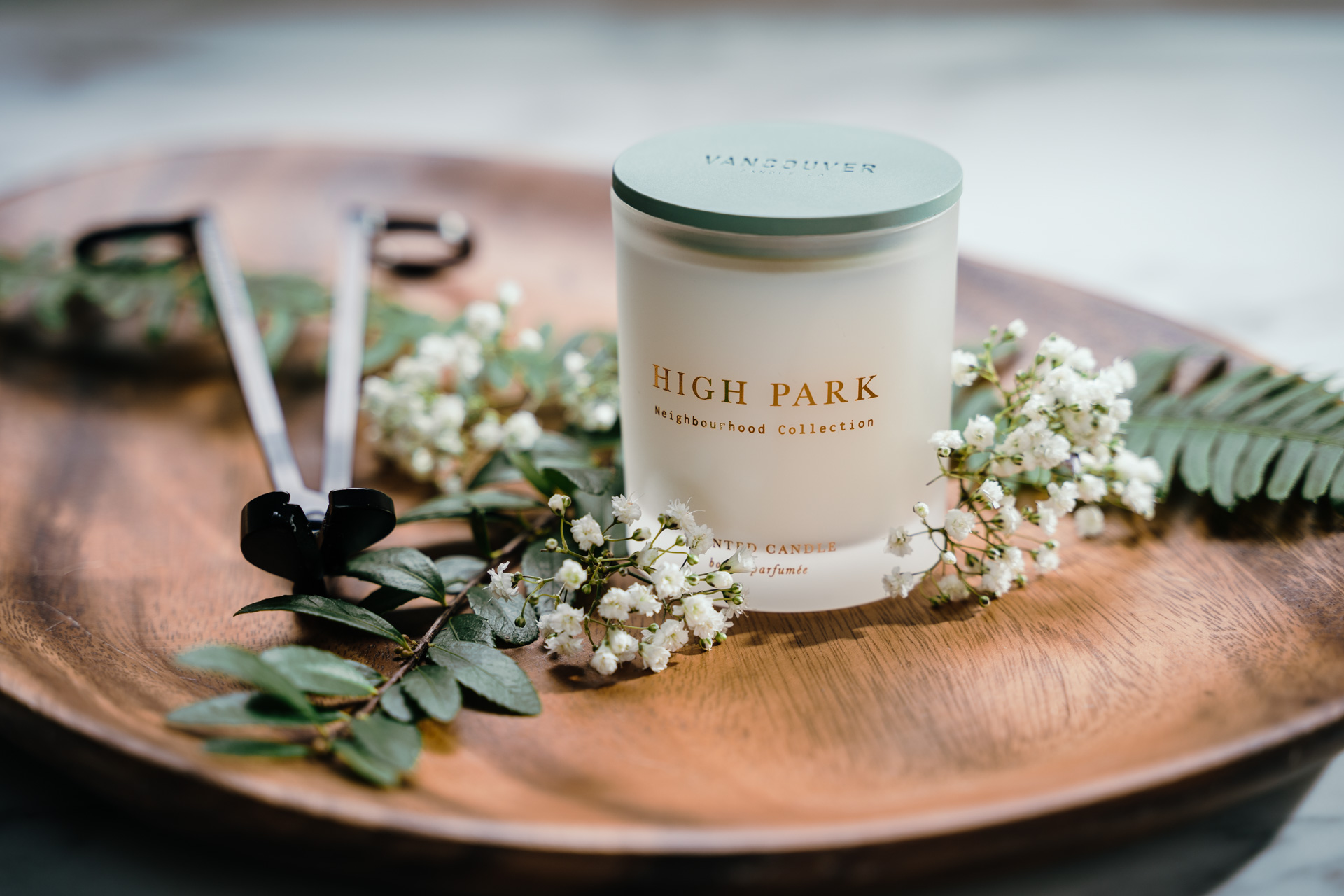 There was a long period of time, however, between the birth of the company and the release of its first candle. In fact, the process of creating a candle is surprisingly time-consuming.

“The process can take as long as a year and a half, between creating a concept, testing it, and turning it into a product, ” said Rabuchin. “Before we launched, we tested the market, tried prototypes… We probably tested between 3,000 to 4,000 different candles before we were happy.”

That same method is used for the release of every new candle. The company experiments with up to 2,000 different raw ingredients and an extensive trial-and-error process. There would often be multiple trips into certain neighbourhoods and time spent observing the different people, the shops, and the vegetation.

“Our Gastown scene, for example, has amber and black pepper. It’s very raw,” said Rabuchin. “Kitsilano has jasmine and tuberose. It’s very fresh and beachy — it fits that.”

He adds that Kitsilano was the first neighbourhood they captured and transformed into a candle, and notes that it was the easiest one to capture. Their Point Grey candle, which has since been discontinued from the line, was the most difficult scent to create. 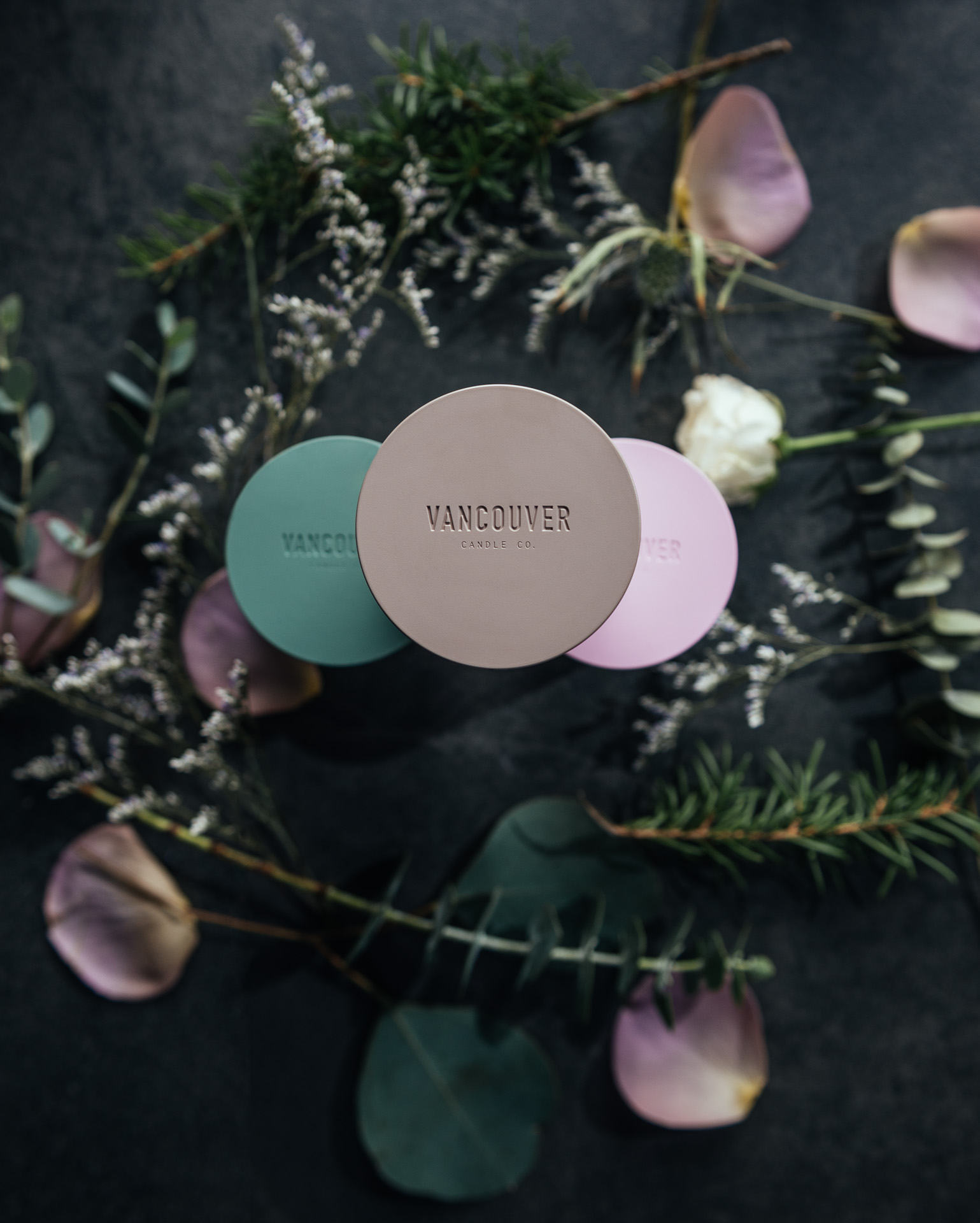 Not to mention, there’s only so much time that Rabuchin can spend working on a scent until it becomes overwhelming.

“It can be confusing — usually I’m working on five to six fragrances at a time. I can only smell for two to three minutes at a time before my nose goes blind. Then I have to take a break for a few days, so I work on another scent and I rotate. It’s kind of biased, but I’ve heard really good feedback.”

After the neighbourhood collection, Vancouver Candle Co. released Great White North, a play upon Canada’s natural landscape. The line captures scents from Canada’s broader regions, with scents from the Atlantic, the Great Lakes, the Prairies, the North, and the West Coast.

A candle like the West Coast uses ingredients such as fir, spruce, and oak moss. The North, on the other hand, makes use of amber and arctic heather.

Their latest line, Discovery, was released in 2019 and uses traditional scents and fragrances in a modern way. 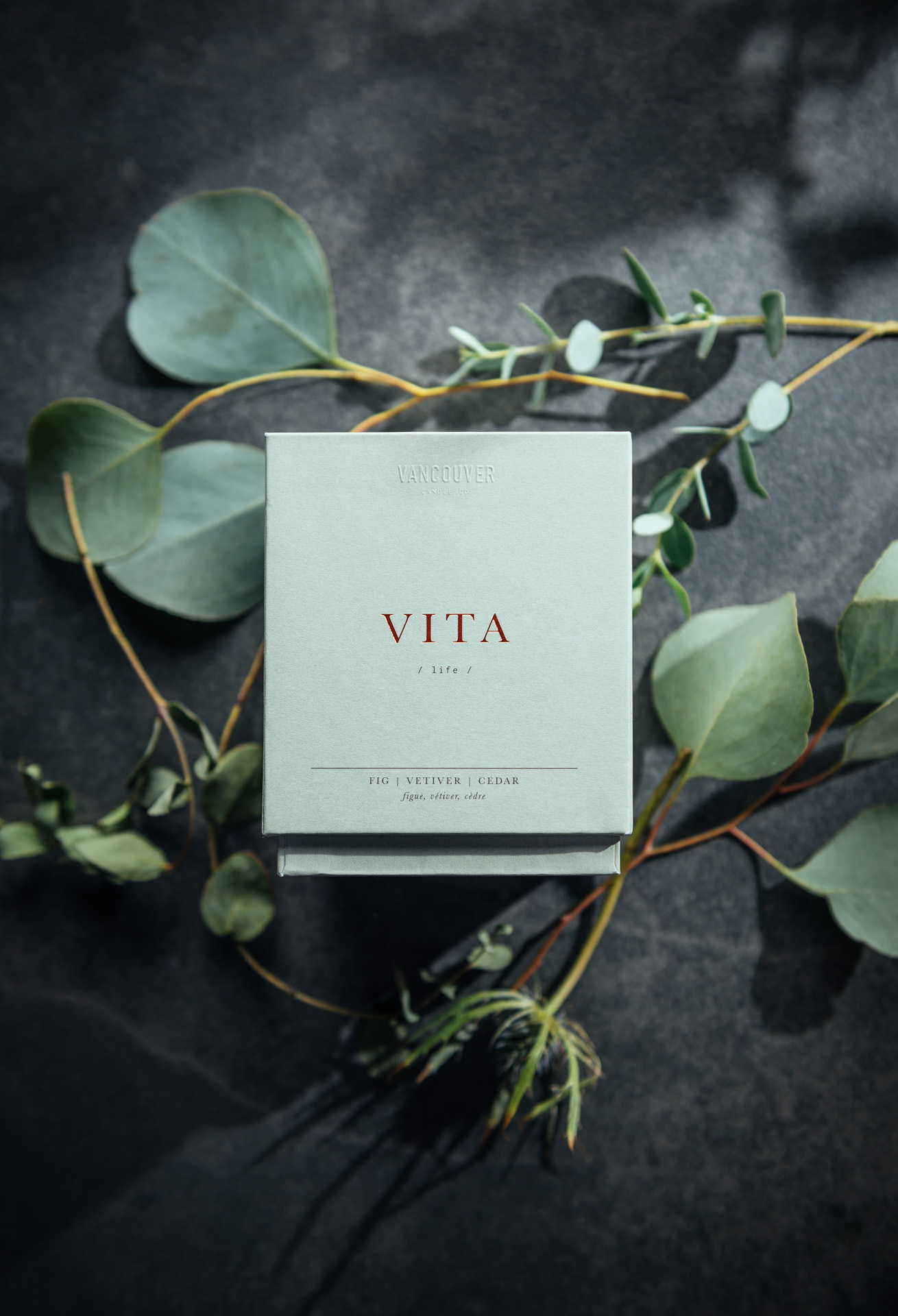 “I think it’s my best work yet. My partner and I went to India. I was really inspired by the aromatic traditions that are practiced there. I wanted to recreate that but in a modern way.”

Now, they’re focusing on two new fragrances in the Discovery line and are working on a project for 2022.

The creative director emphasizes that the candles are a great way to add something unique to a home and encourage mental relaxation.

“No matter how you use it, it encourages a calm state. You can use it during a bath routine, after you’re home from work to relax, or as the final touch after you clean your home.”

For families with young children or animals, Rabuchin suggests using protective cases or barriers to keep them safe. Or rather, people can opt for diffusers, which tend to last longer and have much less risk.

Those interested in Vancouver Candle Co.’s scents can use the promo code DAILYHIVE for 20% off all orders between now and May 8, 2020.