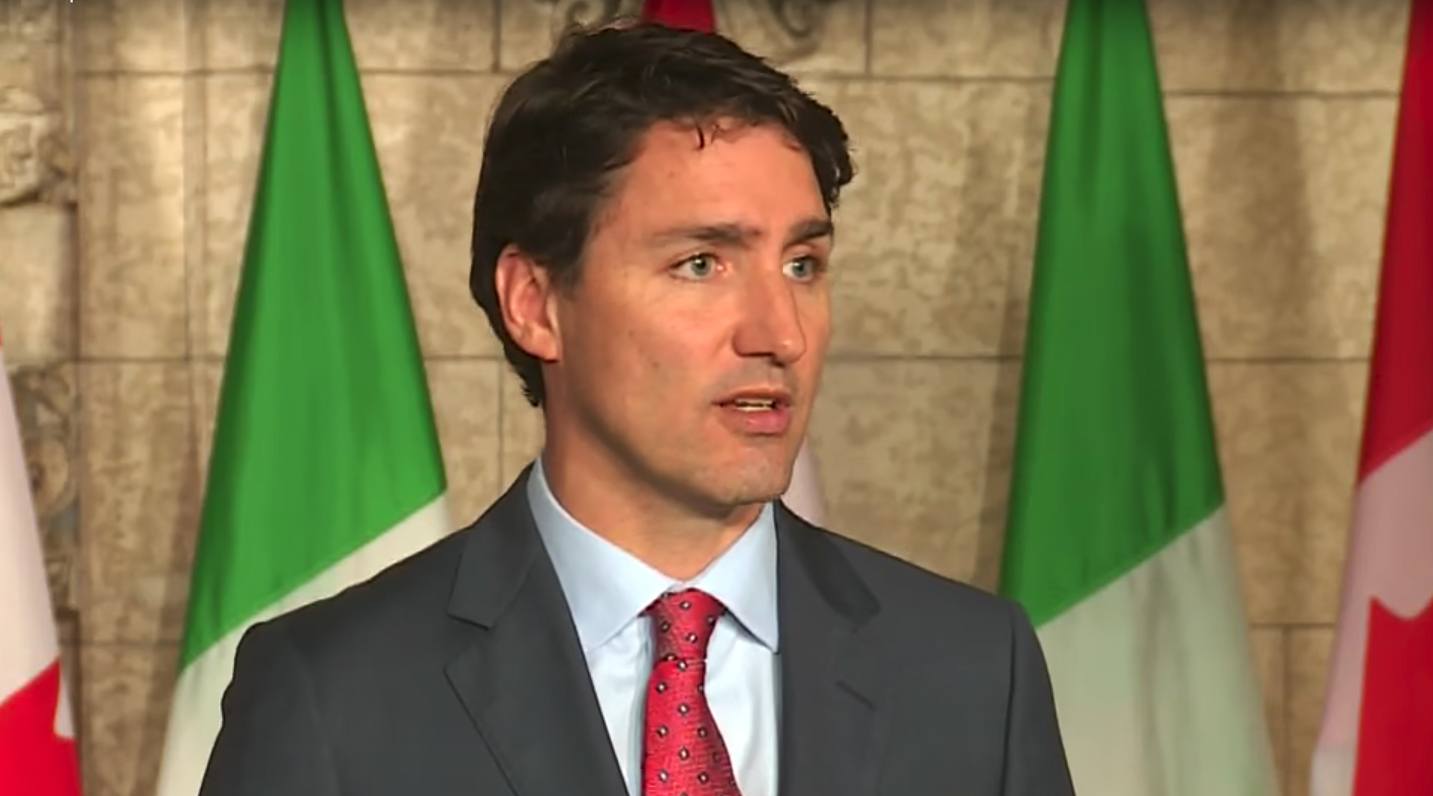 Canadian Prime Minister Justin Trudeau speaking in Rome on May 30, 2017 (PM of Italy)

Justin Trudeau says he is still backing the Kinder Morgan Trans Mountain pipeline expansion in Burnaby, despite any opposition by a new BC government.

The PM was speaking at a news conference in Italy, a day after the BC NDP and the BC Greens announced a potential deal to govern in a minority government.

Both parties have opposed the controversial pipeline expansion, which goes through Burnaby Mountain, and if they do form government, that is expected to become policy.

However, Trudeau is not budging, he told reporters at a joint press conference with Italian Prime Minister Paolo Gentiloni in Rome on Tuesday.

“The decision we took on the Trans Mountain pipeline was based on facts, on evidence, on what is in the best interests of Canadians and indeed, all of Canada,” he said.

“Regardless of a change in government in British Columbia or anywhere, the facts and evidence do not change.

“We understand that growing a strong economy for the future requires taking leadership on the environment and we have to those two things together.

“That is what drives us in the choices we make and we stand by those choices.”

BC government hangs in balance

BC voters have been waiting anxiously to find out who will govern out of Victoria ever since the May 9 election left no party with enough seats to form a majority.

Recounts and absentee ballot counts were conducted last week confirming the BC Liberals have 43 seats, the BC NDP 41, and the BC Greens 3.

A party requires 44 seats to form a majority government. That’s the magic number the BC NDP and BC Greens can reach by working together.

The agreement is expected to be ratified by their caucuses on Tuesday then released in full. However, this is just the first step in the forming of a new minority government.

BC Liberals leader Christy Clark will remain, by convention, the premier until she either resigns or recalls legislature in order to test the confidence of the house.

The premier is usually expected to resign after losing an election to another party that has won a clear majority of seats.

However, in this case, whether to resign is a decision she and her party will decide on their own.

If she does decide to resign, the Lieutenant-Governor can either ask Horgan, with the support of the BC Greens, to form a new government.

Or she could dissolve the legislature, triggering another election.

If Clark decides not to resign, she must test the confidence of the House through either a throne speech or budget.

In this case, it is expected the BC NDP and BC Greens would vote against the BC Liberals, forcing Clark to resign.

Again, this would lead to Horgan, with the support of Weaver, being asked to form a new government, or prompt a new election.

There is one other theoretical and controversial option–if Clark continues to cling to power as she is now, Guichon could ask her to resign.

That is incredibly unlikely however, and has rarely occurred throughout the history of parliamentary systems anywhere in the world.