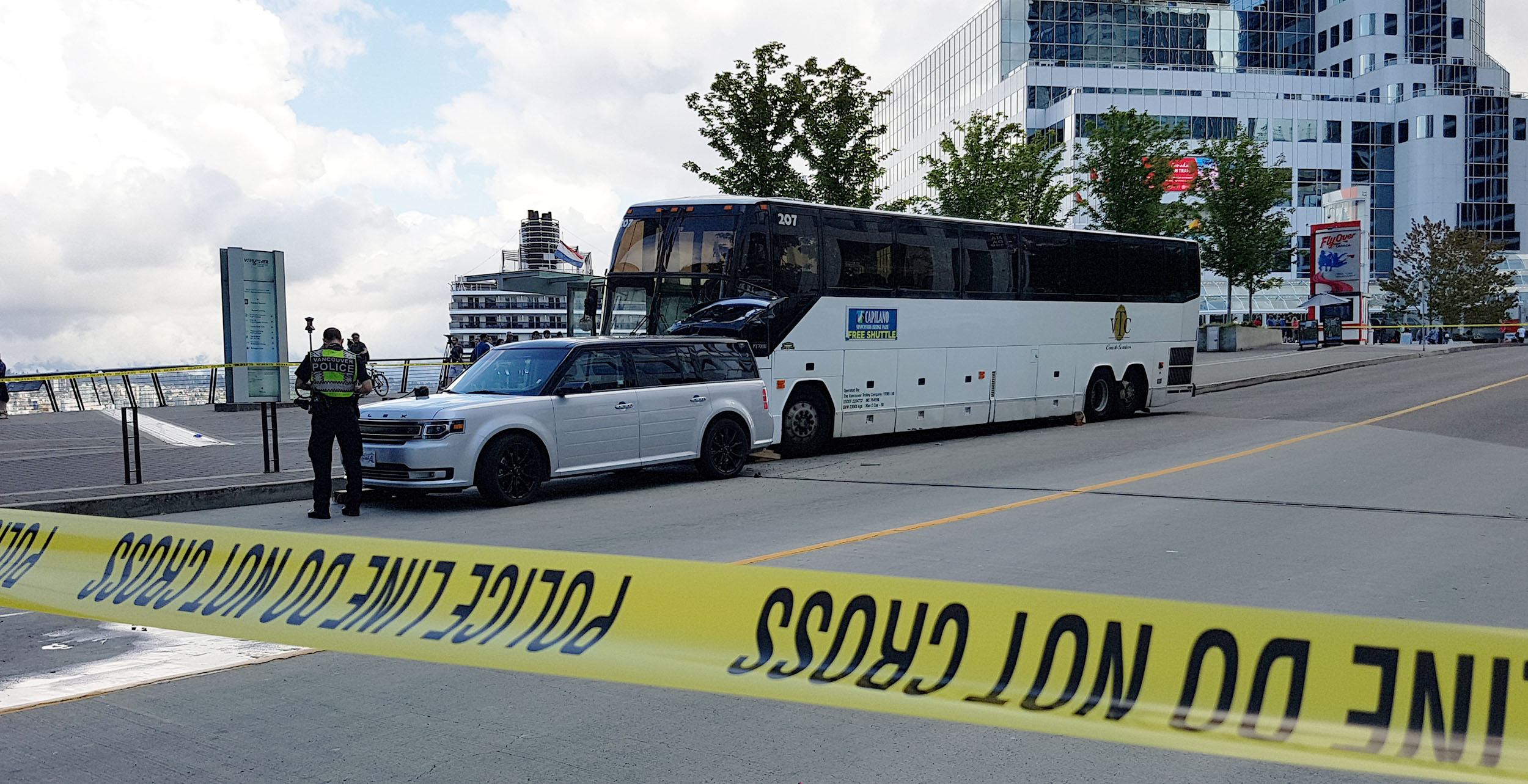 UPDATED: A 49-year-old man has been killed, and a teenage girl and an elderly man were also inured. For more on the incident, click here..

Dozens of first responders are at the scene of a major vehicle crash in downtown Vancouver involving a tour bus.

The incident occurred shortly after 10 am when a tour bus on Canada Place Way apparently crashed onto the sidewalk area between the Canada Place pier and the Vancouver Convention Centre’s West Building.

Several people standing on the sidewalk were pinned under the tour bus when it allegedly jumped the curb and crashed into a car. 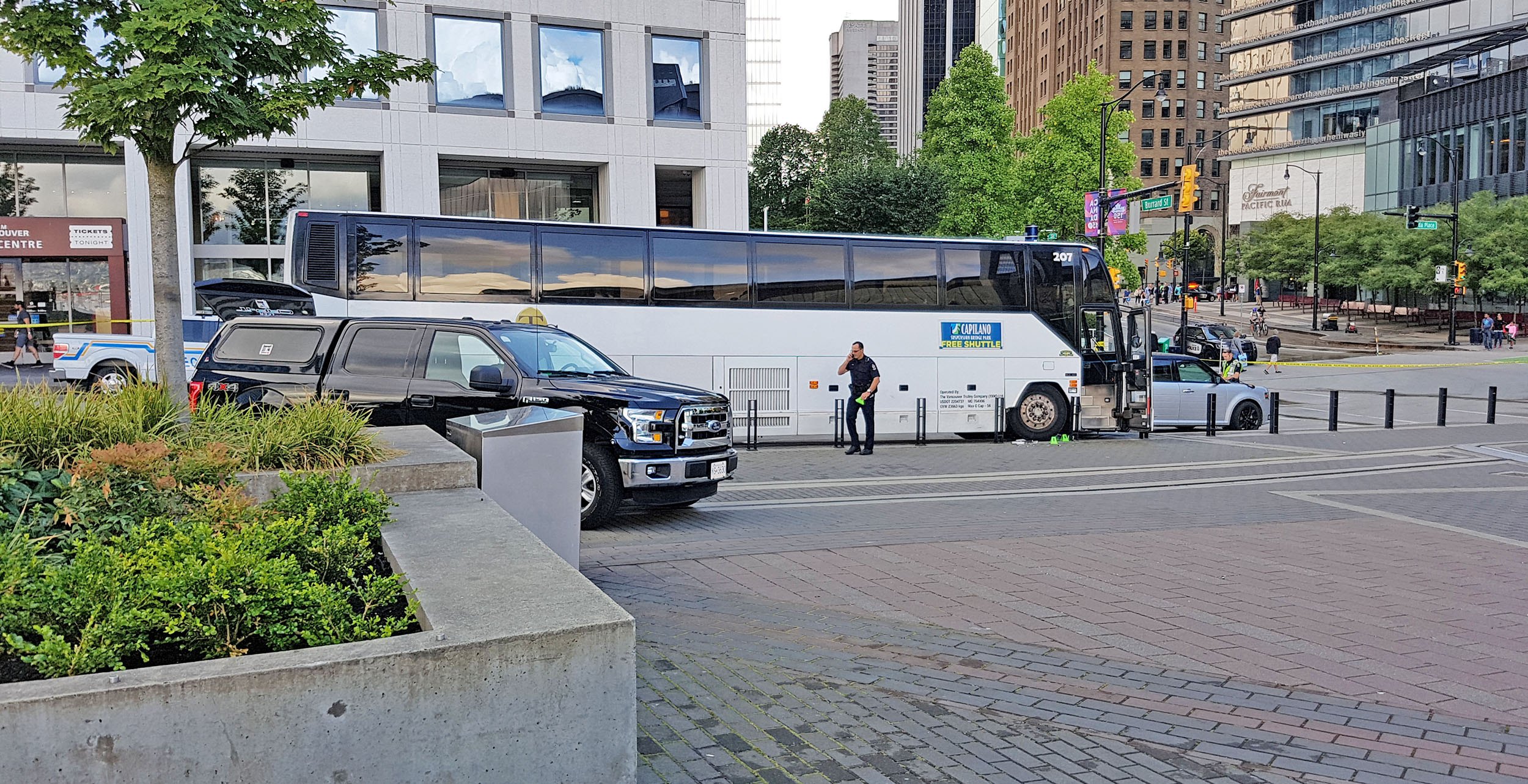 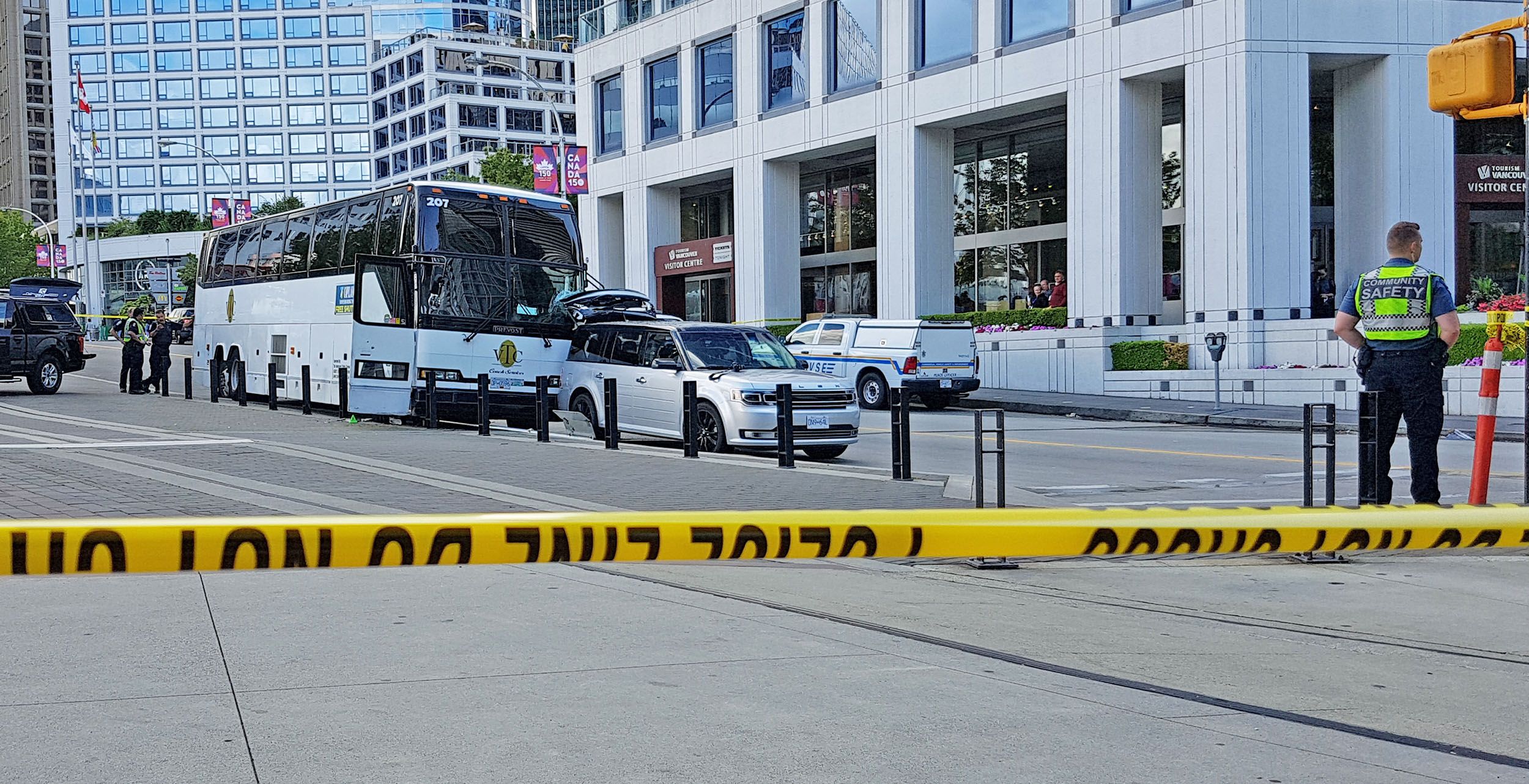 According to BC Emergency Health Services, two people are in critical condition and another two people are in serious condition. They were rescued from under the bus by firefighters and rushed to hospital by paramedics, who arrived at the scene within three minutes of receiving reports of the incident.

Vancouver Police have closed the section of Canada Place Way between Thurlow Street and Howe Street to all vehicles. Please avoid the area today.

This is a popular and busy area during the summer, especially on fair weather weekends, and is frequented by tourists including many cruise ship passengers embarking and disembarking vessels at Canada Place.

It is also used as a scheduled pick-up and drop-off location for many tour buses.