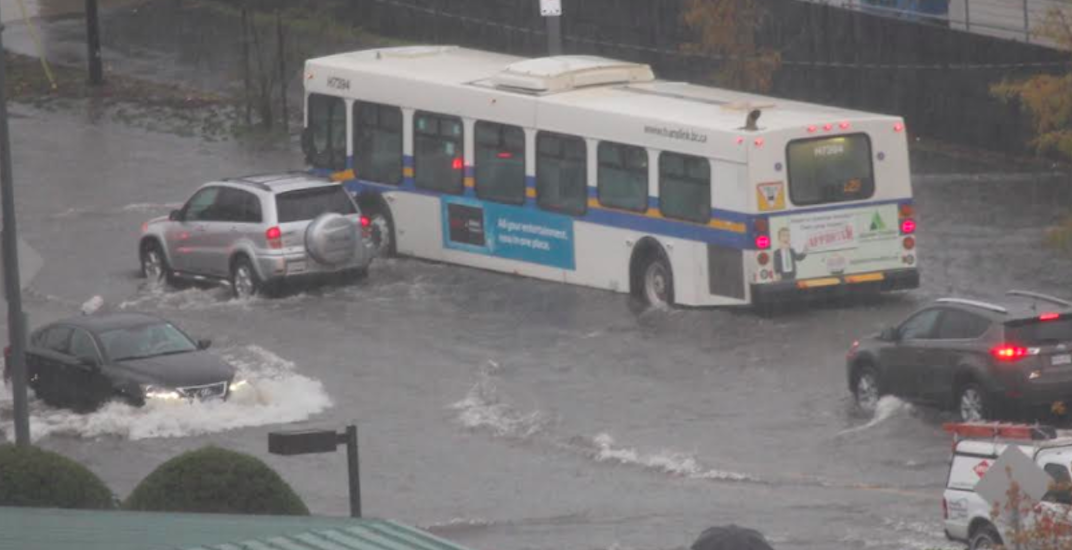 Metro Vancouver is once again facing flooding on its streets. (Madeline Frances photo)

Torrential rainfall is once again causing flooding in Metro Vancouver.

Storm drains across the region have been working overtime lately due to the relentless deluge of rain.

Now, for the second time in as many weeks, those drains are overflowing causing street-level flooding.

And today it seems that flooding has extended to Burnaby.

Current view out front door or chiropractor office in Burnaby …. and no sign of rain stopping #raincouverisback

Photos of Wednesday’s flooding were also captured by Daily Hive reader Madeline Frances, who snapped these pictures from her home near Gilmore Avenue. 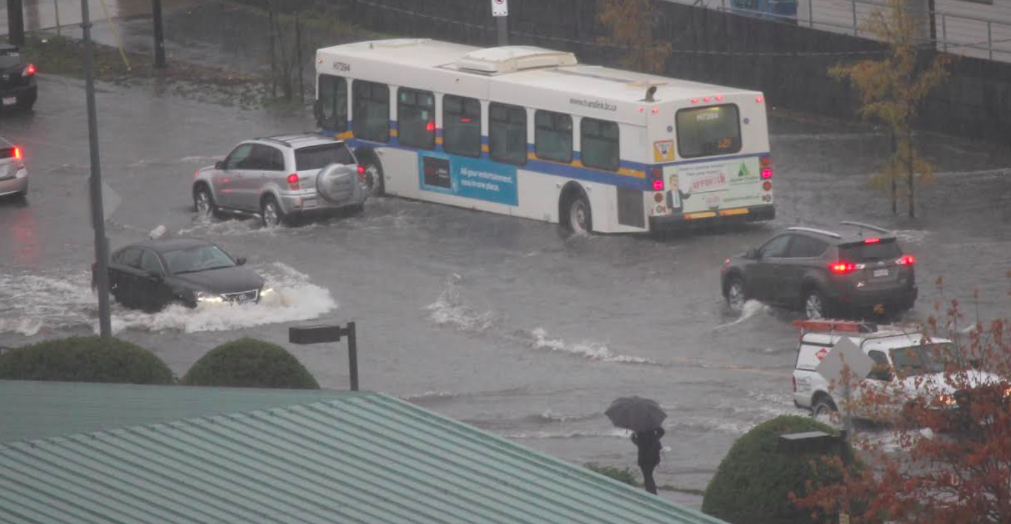 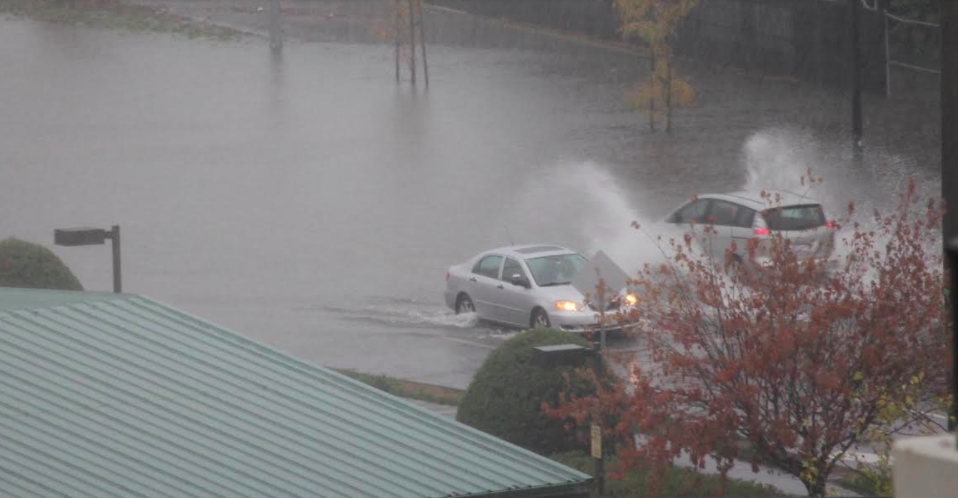 Another Burnaby reader, Casey Campbell sent in this photo: 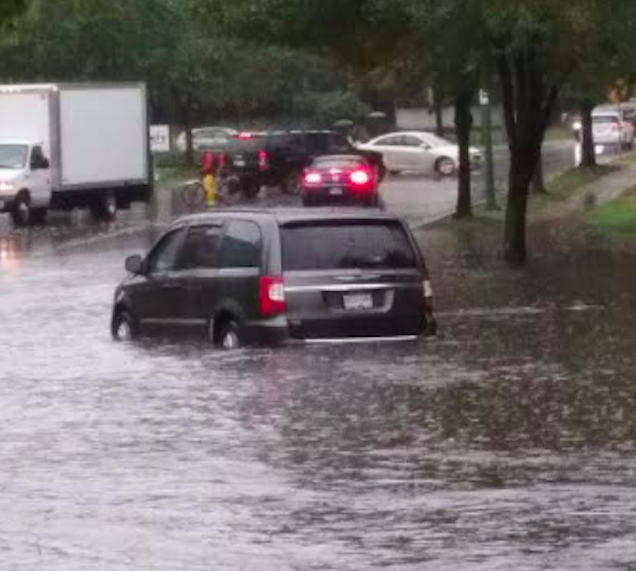 The West Coast Express’ Coquitlam Station was closed late this afternoon due to flooding just as the evening peak hour service was about to begin. It reopened shortly before 6 pm. 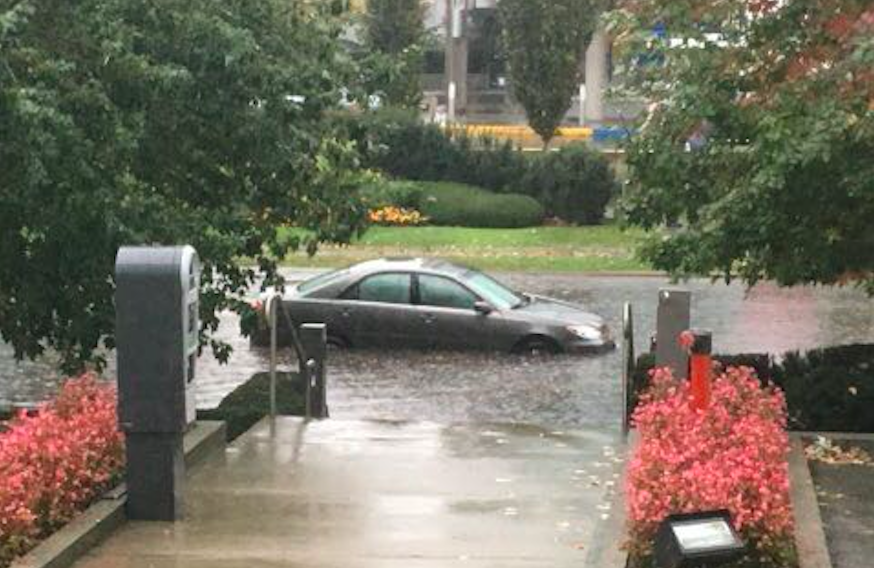 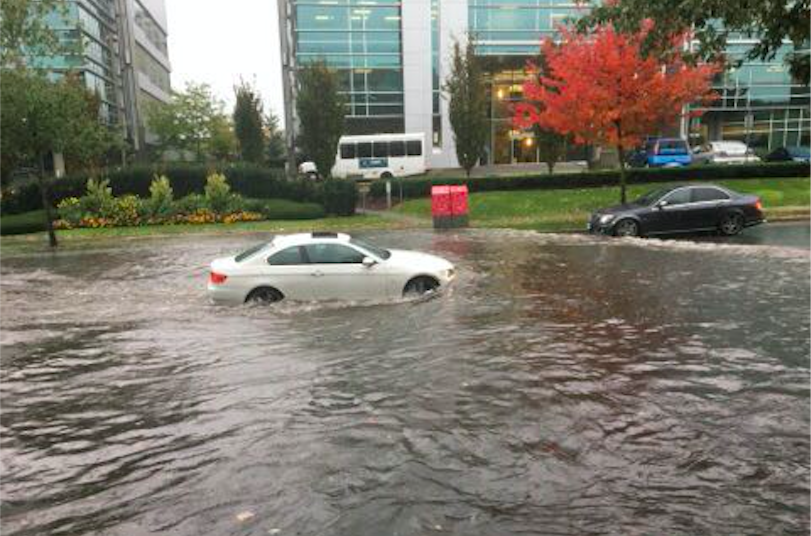 Flooding was also seen on the the Mary Hill Bypass in Port Coquitlam. 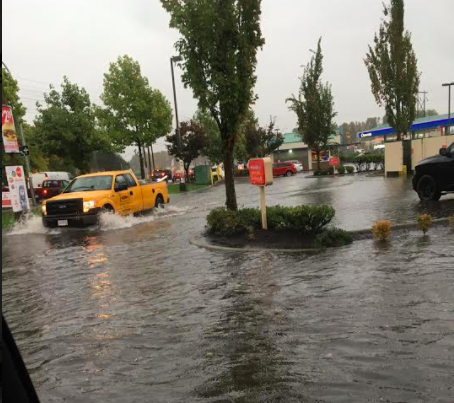 It also seems that storm drains aren’t the only things currently being flooded.

The City of Vancouver’s 3-1-1 help line is currently experiencing such a high volume of weather-related calls, people are being encouraged to call back later unless it is an emergency.

3-1-1 is currently experiencing high volumes due to weather related calls. Unless you have an emergency, please call back later. ^GS

On Wednesday, another rainfall warning was issued by Environment Canada, continuing a trend that started at the beginning of this week.

A strong Pacific frontal system which has apparently “stalled” over Vancouver Island is being blamed for the downpour deluge that has showered the city this week.

Heavy rain is expected to continue throughout the afternoon, with 50 mm expected before our usual showers take over this evening.

Vancouver residents also shared their shots of the storm on social media.

Traffic is crawling on the commute. Lots of pockets of localized flooding due to blocked storm drains #BCstorm @weathernetwork #vancouver pic.twitter.com/h8iPzFlRnN 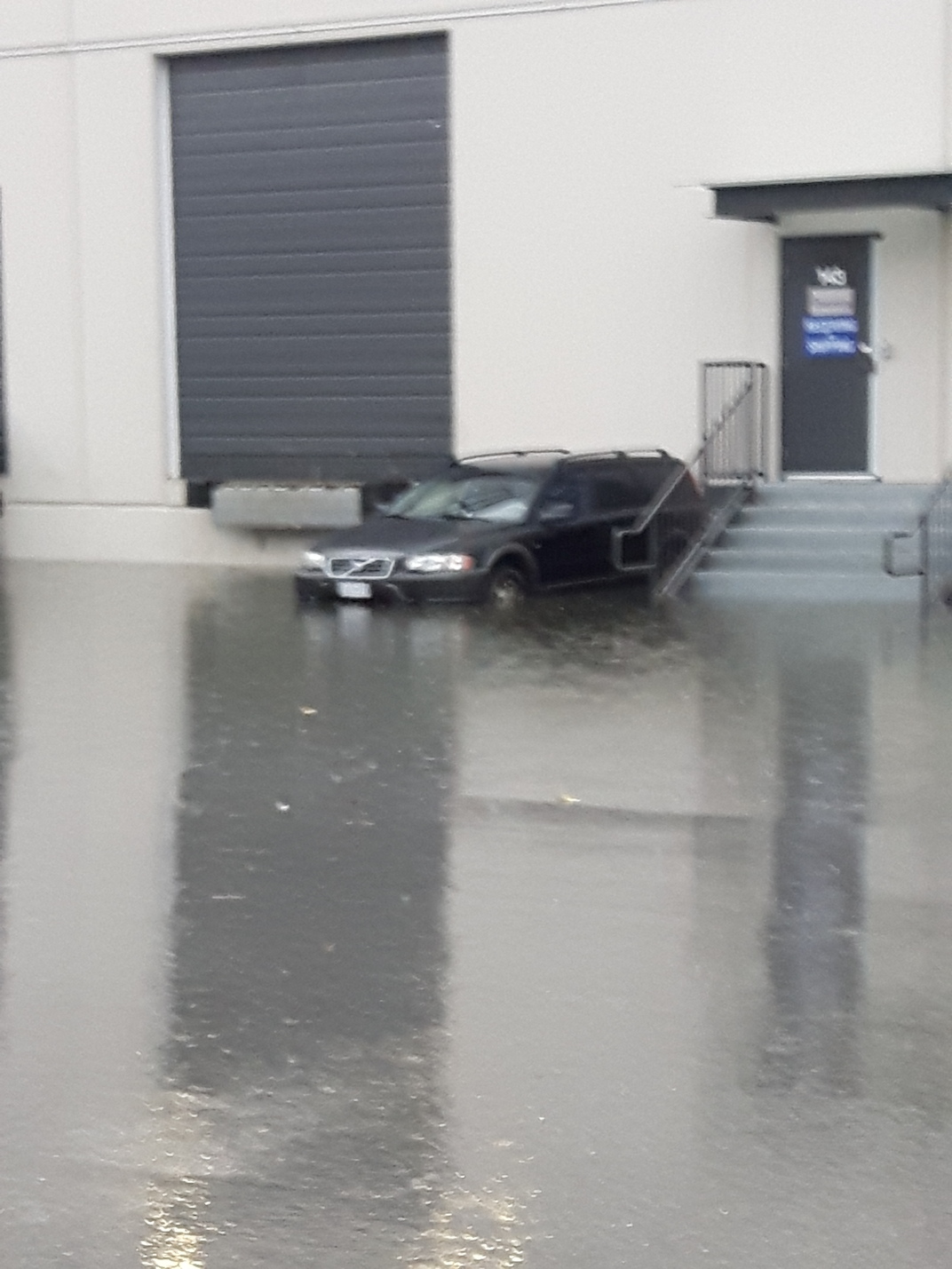 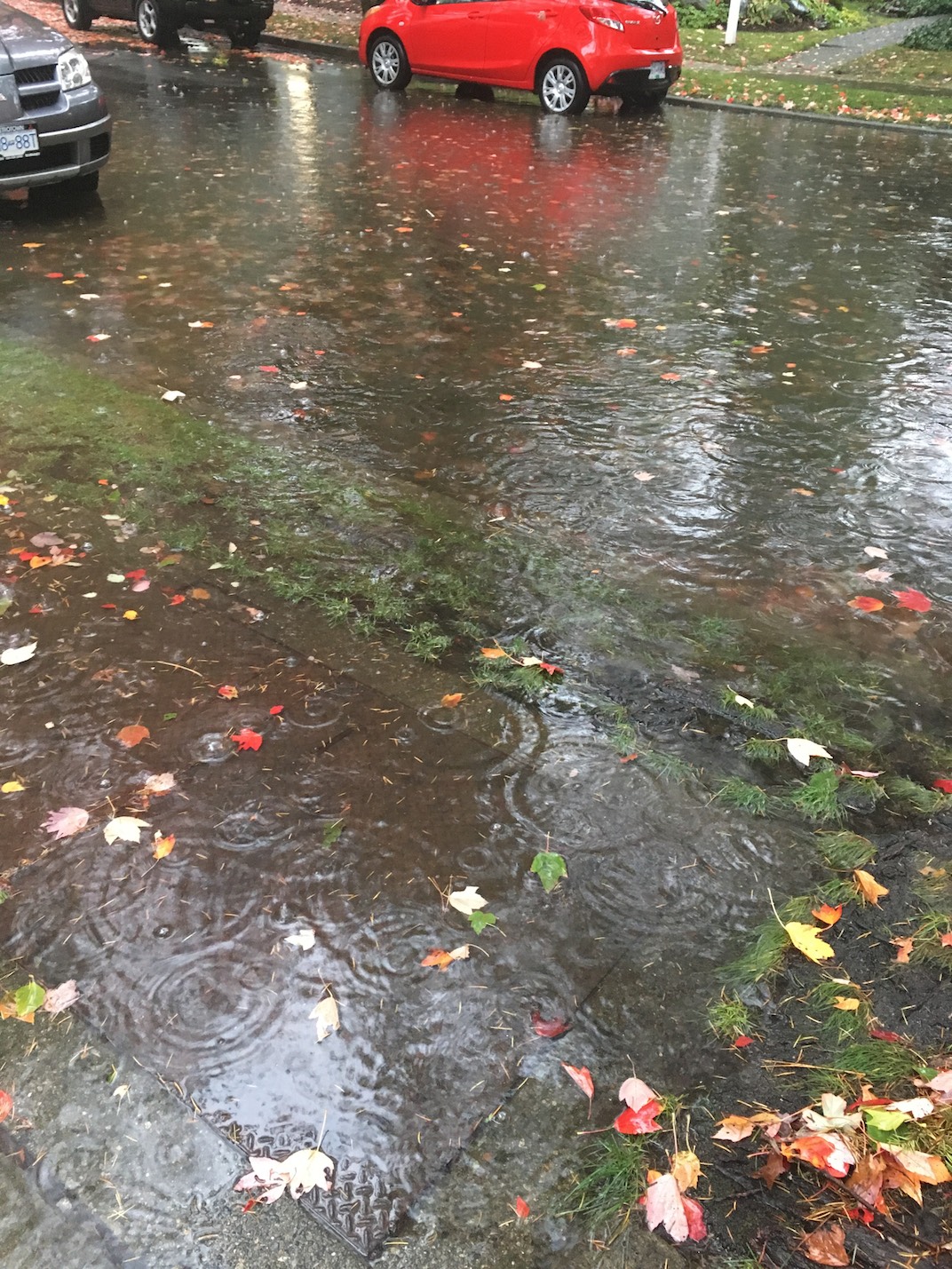 If you’ve encountered a flooded street in Metro Vancouver today, send us a photo and the location at [email protected].