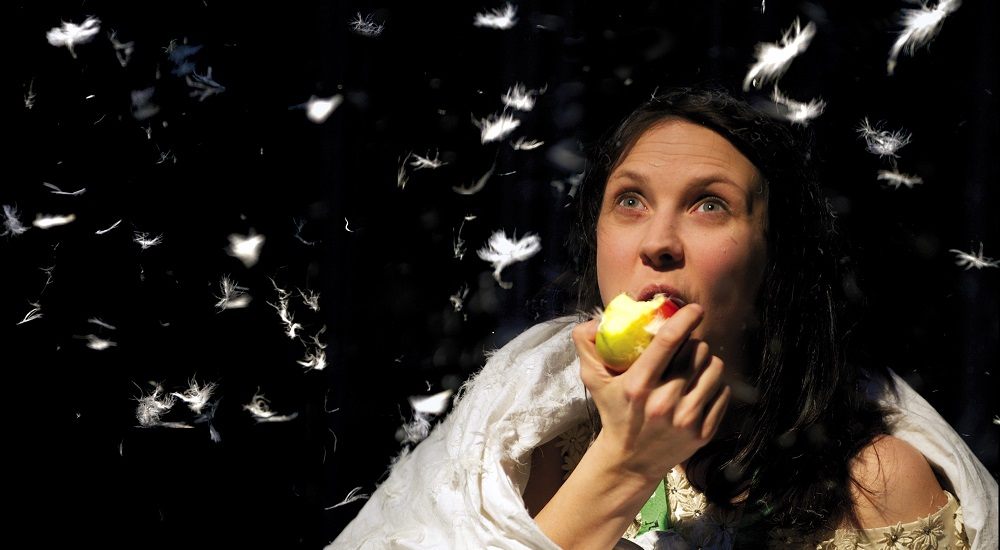 Anorexia is the topic of Mess, a 75-minute play presented by The Vancouver International Children’s Festival and PuSh International Performing Arts Festival.

This critically-acclaimed show from England is unique because it’s not the dark play many people might expect. Instead, it’s been described as an experience that infuses humour, creativity and fun songs while offering a poignant look into the power anorexia holds over individuals and their loved ones.

“I was interested in sparking bigger, bolder and more open conversations about anorexia and eating disorders. And a way of doing that while appealing to a wide audience was to use a real lightness of touch,” explains the show’s creator, Olivier Award-nominee Caroline Horton. “At the same time, we’re not shying away from the pain of anorexia or downplaying the fact that it’s not easy to overcome.” 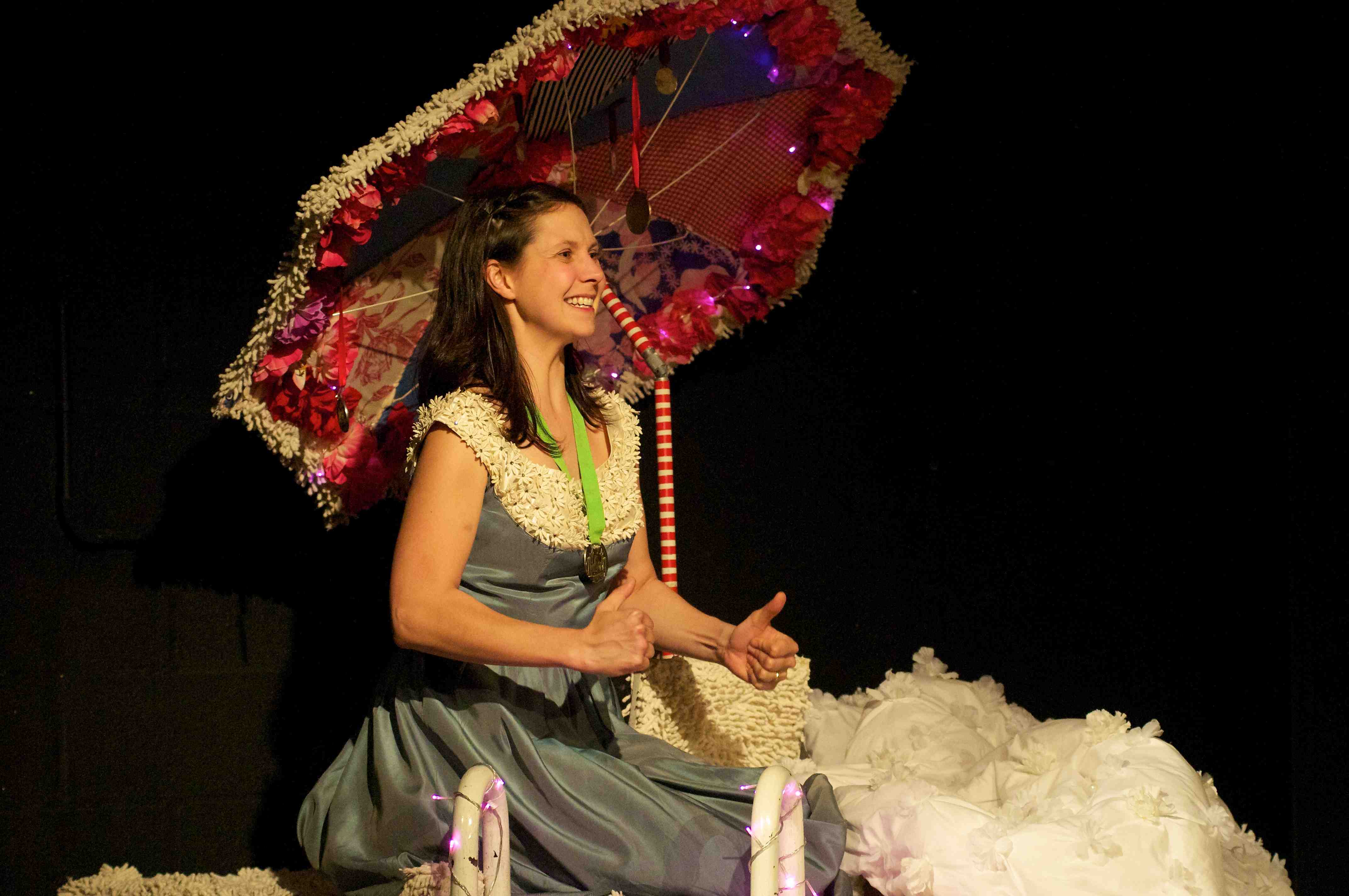 Originally from Birmingham, England, Horton was inspired to create the show after she was asked to speak to students at her old high school. At first, she talked about the usual stuff – going to university and finding a career path. But midway through her presentation, she felt compelled to share her personal struggles with anorexia.

After her presentation, she was bombarded by parents, teachers and students who wanted more information – because as it turns out, there wasn’t enough available.

“That experience left me feeling pretty angry because it still showed how hard it was for society to talk about anorexia,” Horton recalls.

With that, Horton got to work. She created a three-person play that follows the journey of a young woman battling anorexia. Horton worked with local hospitals and medical experts to get advice. She says, “It was really important to me that we were careful with what we doing and took responsibility for the material.”

Mess debuted at the Edinburgh International Festival in 2012 where it received a tremendously positive reception. Since then, it has played across the UK in schools and festivals such as the Brighton Festival and the Imaginate Festival in Scotland, where it was featured as the headliner show. 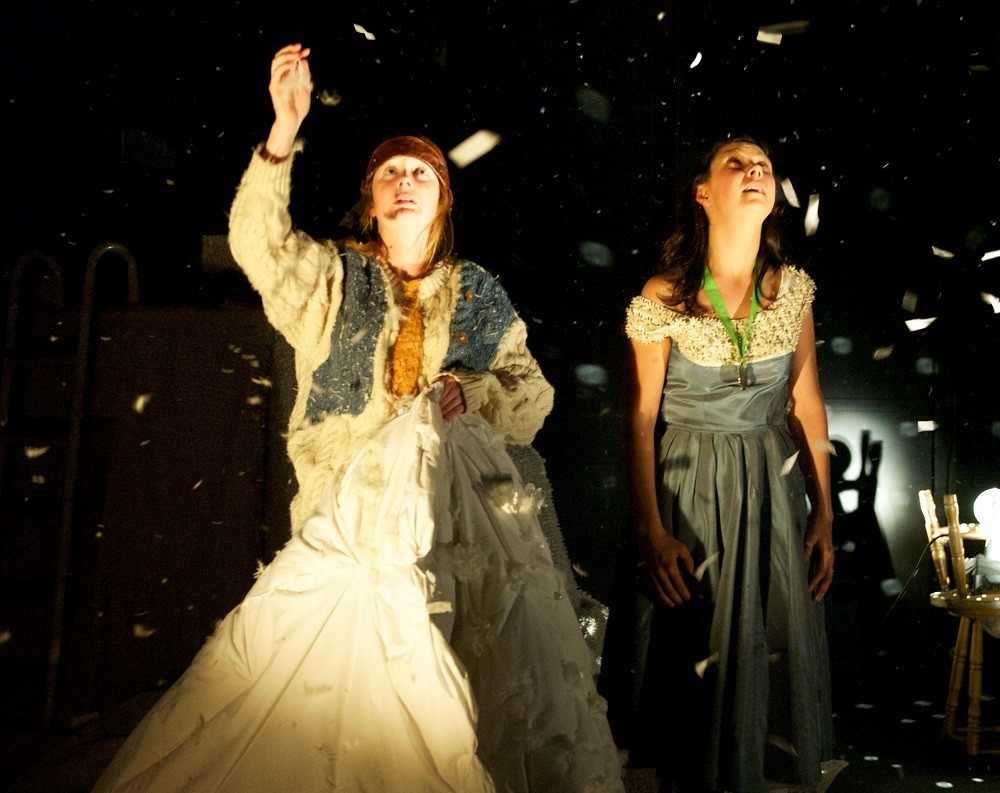 In addition to presenting the show, Horton usually does a question and answer period after each performance, often inviting local health professionals to provide their guidance and expertise.

And while the focus of Mess is anorexia, Horton believes the heart of the show can resonate with audiences, regardless of whether or not they’ve been personally touched by the disease.

“Whether it’s things that are directly related like addiction or other eating disorders, I think there are a number of other issues that the show relates to,” notes Horton. “I think anyone who has gotten themselves stuck in a place and didn’t know how to get out of it will identify with the show.”

Mess has had a deep impact on people of all ages everywhere it has been performed. This will likely be the case again when the show makes its Canadian debut as part of this year’s PuSh International Performing Arts Festival. The show will play at the Waterfront Theatre on Granville Island between January 18 to 22.