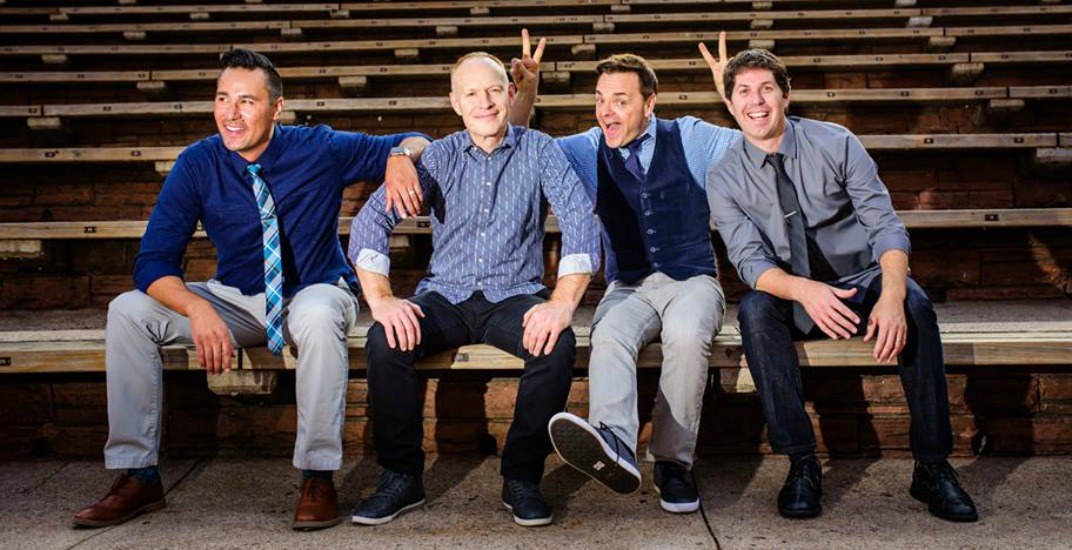 Utah-based internet sensations, The Piano Guys, are coming to Vancouver.

The classical meets pop group have announced that they’ll be taking to the stage at the Queen Elizabeth Theatre on Wednesday, October 4. And this is one show you don’t want to miss.

Since the group (piano player, Jon Schmidt, instrumentalist, Steven Sharp Nelson, Paul Anderson, and Al van der Beek) came together in 2011, they have released more than 35 original, striking, self-made music videos. But it was their innovative 10-handed version of One Direction’s ‘What Makes You Beautiful’ that really won fans over.

The ‘Cello Wars’ musicians had their first major label self-titled debut album released on Sony Music Masterworks in 2012. After this they released a string of popular collections like The Piano Guys 2, A Family Christmas, Wonders, and they also recently released The Piano Guys Live.

The Piano Guys have performed everywhere from The Tonight Show with Jay Leno to The Today Show, as well being featured in The New York Times, Fast Company, People Magazine, among other publications.

With more than 800 million YouTube views, The Piano Guys’ videos are on fire. “Jon had built up a fan base for 20 years, and we used that as a springboard for getting exposure, but it’s not all about the merits of the videos, and share-ability. People see them and then share them with their friends on Facebook, and before you know it, they can take off,” Anderson said in a press release.

Tickets to The Piano Guys Vancouver show are available via Ticketmaster, starting at $39.50. Make sure to snap up yours soon to hear the group perform tracks like ‘Peponi’, ‘Okay’, and ‘Let It Go’ live.