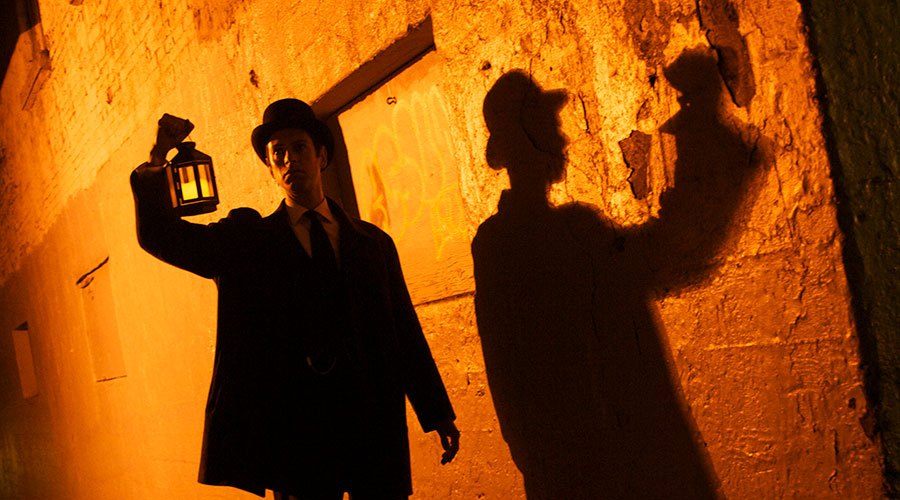 The bells of the Holy Rosary Cathedral chime under the Halloween moonlight. Through the mist steps your guide and storyteller, dressed all in black. Soon you follow the light of his lantern down a narrow alleyway as his story starts to unfold – and the adventure begins.

The lost souls have returned and Forbidden Vancouver’s popular Halloween walking tour is back for its fifth straight year.

The Lost Souls of Gastown is as much a roaming theatre experience as it is a walking tour. Even more than a vivid account of Vancouver’s most dark, gothic early history, it’s the tale of a tragic life. The fictional story of George Turle – a man who witnessed first-hand the terror of smallpox, who ran from the Great Fire as it licked the skin from his back, and who became entangled in one of Vancouver’s most notorious murders, the brutal killing of John Bray.

“Halloween remains the very best time of year to experience the Lost Souls of Gastown,” according to creator Will Woods.

“Walk down Gaoler’s Mews or Trounce Alley in Gastown at night, when it’s dark and quiet, you can almost hear the city’s history humming in the brick walls and cobblestones,” says Woods.

“On the tour you’ll see Gastown as it was 120 years ago. And hear Gastown’s gruesome story from someone who lived it.”

Each tour is led by one of Forbidden Vancouver’s cast of actors. This Halloween season, George Turle is played by either Mark Turpin or Will Woods. Or guests may hear the story of Sarah Briars, played by one of Tiffany Anderson, Nevada Yates-Robart, Stephanie Liatopoulos, or Laurie Brazzill.

This year each storyteller shares two new tales, not told in previous years. Guests might hear the story of Jiangshi, the hopping ghost, the heart-wrenching tale of the woman in the well, or the little-known story of Captain George Vancouver’s sad demise.

The enduring popularity of the tour is due in large part to its truly unique status amongst other Halloween favourites in the city. The Lost Souls of Gastown offers a more sophisticated, and in many ways darker, experience. The company does not aim to shock guests with cheap scares. It’s a tour that relies on atmosphere, storytelling, and the city’s own dark history, to engross its guests.

The experience sells out quickly, so book your tickets online now.

When: Now until November 1