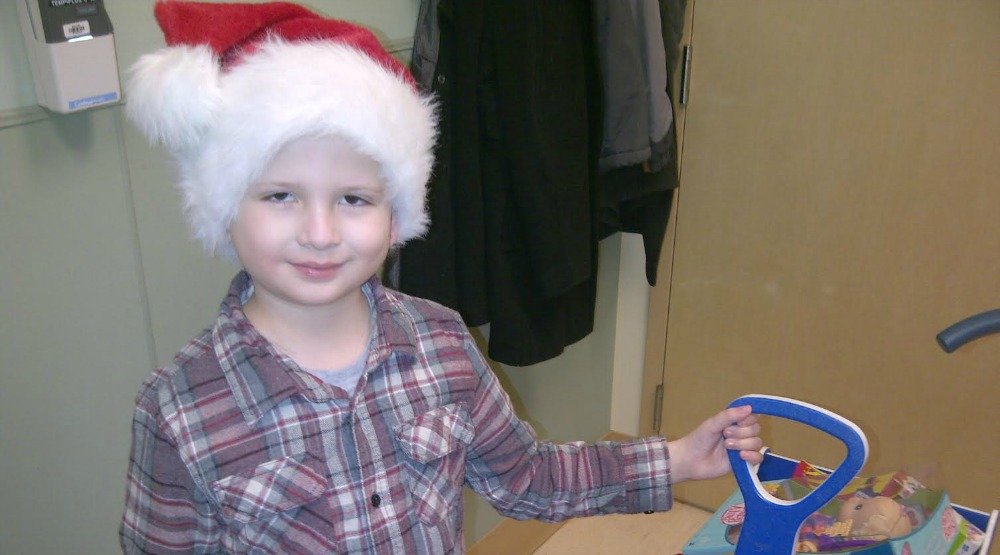 The Team Keian Bottle Drive is coming up on Saturday, November 19 to help support children suffering from tumours and give them a happy holiday season.

The following was written by Ryan Blundell for Daily Hive Vancouver to increase awareness for the Bottle Drive and share Keian Blundell’s story.

In July 2012, 5-year-old Keian Grainger Blundell was diagnosed with T-Cell Acute Lymphoblastic Leukemia – a cancer of the blood. Keian initially responded well to treatment and by the following month, he was in remission. Sadly, only three months later, his leukemia relapsed.

He required intensive cranial and total body radiation, as well as a bone marrow transplant. His best chance of survival was to receive marrow from a matched sibling – at 10 months old, Keian’s baby brother underwent surgery to donate his marrow to Keian.

Keian remained in hospital isolation for two months and it appeared as though he was doing incredibly well.

On July 29, he returned to the hospital in anticipation of his central line removal; it was then his parents were given the devastating news that his leukemia had returned for a second time – in over 90% of his marrow. Chance of  a long term remission was slim, and he was never achieved it.

On October 18, 2013, Keian was transferred to Canuck Place Children’s Hospice for end-of-life care. On the first day of 2014, Keian passed away in the loving arms of his parents.

Keian found the silver lining in every cloud, always. He faced his challenges with bravery and had wisdom far beyond his years. He rarely complained, whether he was dealing with pain, hair loss, or the many other adversities children with a cancer diagnosis face.

Keian was selfless, caring and brave. He found joy in making others happy and many were blessed to experience that first-hand, even during his own treatment.

In 2012, his dream of giving began. With the help of a family friend and the generosity of many family members, friends, and community members, Keian delivered hundreds of donated toys to the children at the BC Children’s Hospital and Canuck Place for Christmas two years in a row.

Over the last 5 years, over 2700 toys have been donated to BC Children’s Hospital and Canuck Place Children’s Hospice. These toys not only bring joy during the holiday season, but the entire year as well. This is Keian’s legacy.

The 5th annual Keian’s Holiday Wish Toy Drive has already begun. We will be collecting new, unwrapped toys until December 16. In addition, Team Keian will also be holding a Bottle Drive on November 19 at the Real Canadian Superstore parking lot in Langley. All proceeds raised will be used to make the season brighter for oncology children and their families.

If you would like to help with Keian’s wish, you can bring your bottles or donate a toy, gift cards, time, or money. We will be accepting donations and toys during the bottle drive, or you can drop toys to the posted drop off locations.

Thank you for helping us to make the season brighter for those that truly need it!

Cans and bottles for the Bottle Drive can also be dropped off at the Langley Bottle Depot at 20137 Industrial Ave, Langley. Ask for the proceeds to be applied to the Team Keian account.