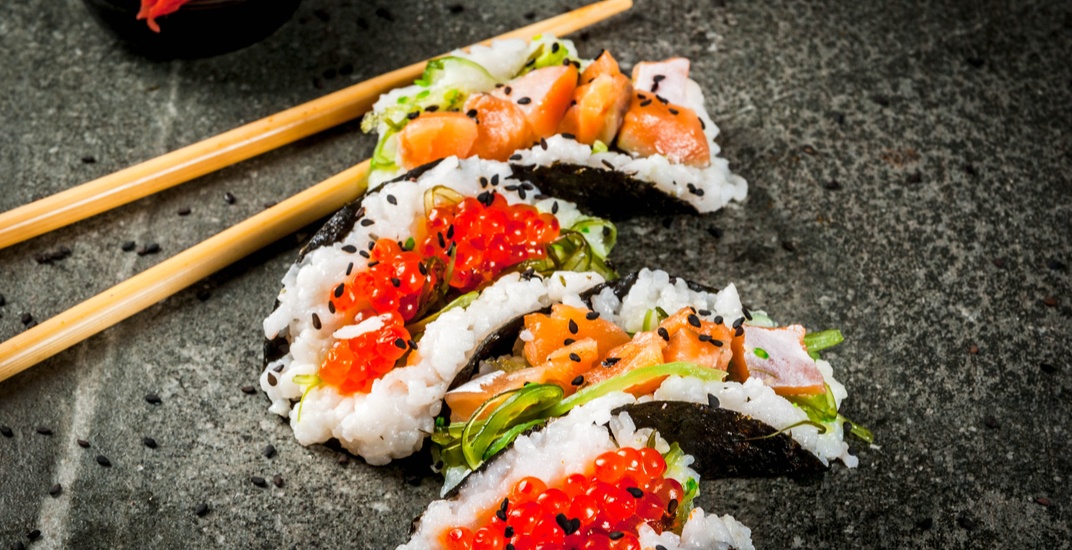 So it was only a matter of time until some genius decided to fuse the two into the ultimate West Coast grub.

Their latest creation, the sushi taco was launched on September 5, and for one day only fusion fans can get their hands on these tasty treats for half price!

For the uninitiated, sushi tacos are the latest mashup menu item to take over North America. The dish rose to prominence on Instagram (where else) after being served up at Las Vegas’ Tail and Fin restaurant and have since started to spring up in cities across the globe.

In Vancouver, sushi taco hunters will be able to get their hands on the likes of Kurumucho’s Wild Sockeye Salmon Tataki taco ($6.95) which is stuffed with seared sockeye, organic avocado, jalapeno, onion, pickled ginger, and wasabi soy garlic sauce. Or for vegetarians there’s everything from aged tofu tacos to yam tempura tummies.