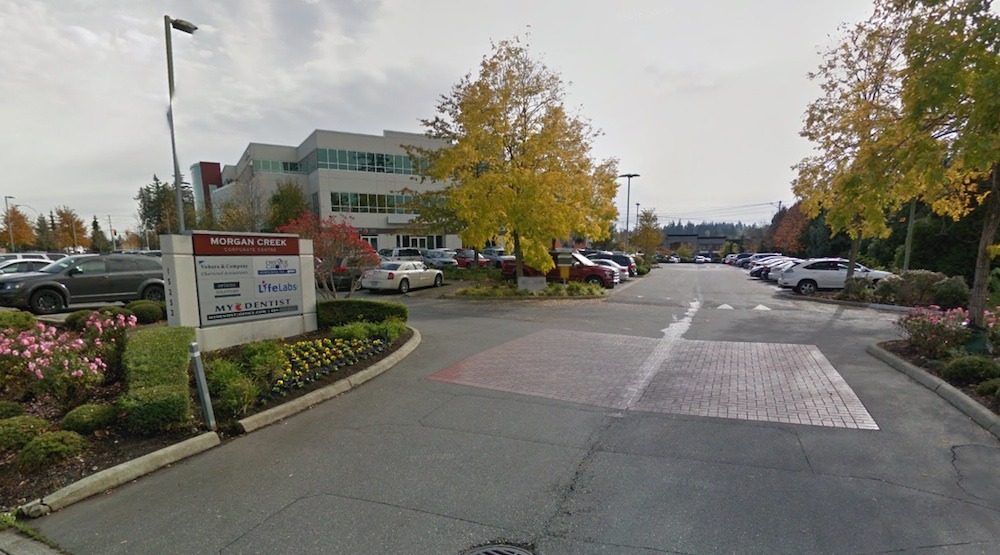 Location of the shooting on Thursday, July 28, 2017. (Google Maps Streetview)

Police in Surrey are investigating a broad daylight shooting that occurred mid-afternoon on Thursday.

According to a release, RCMP received reports of shots fired in the 15200 block of 32 Avenue, an area with businesses and residences near Southpoint Exchange Mall, at approximately 3:30 pm.

When officers arrived at the scene, they found evidence that a shooting had taken place and quickly located a male victim who had fled on foot from the scene.

The victim was taken to hospital for the treatment of non-life threatening injuries.

At this time, the incident appears to have been targeted at the victim, who is known to police for his involvement in criminal behaviour.

Fortunately, no other individuals were injured in the incident, even though a commercial building, a residential building, and a motor vehicle were all damaged by gunfire.

“This incident once again demonstrates the lack of respect and concern that people engaged in this behaviour have for the community,” said Sgt. Dale Carr with the Surrey RCMP in a statement.

The Surrey Gang Enforcement Team is working the the Combined Forces Special Enforcement Unit in the investigation and are engaged in “pro-active enforcement” following the recent spike in shootings in the municipality.

“Police are actively seeking information from anyone who may have witnessed this incident and have not yet spoken to police,” added Carr. “Their information may be the one piece that completes the puzzle.”