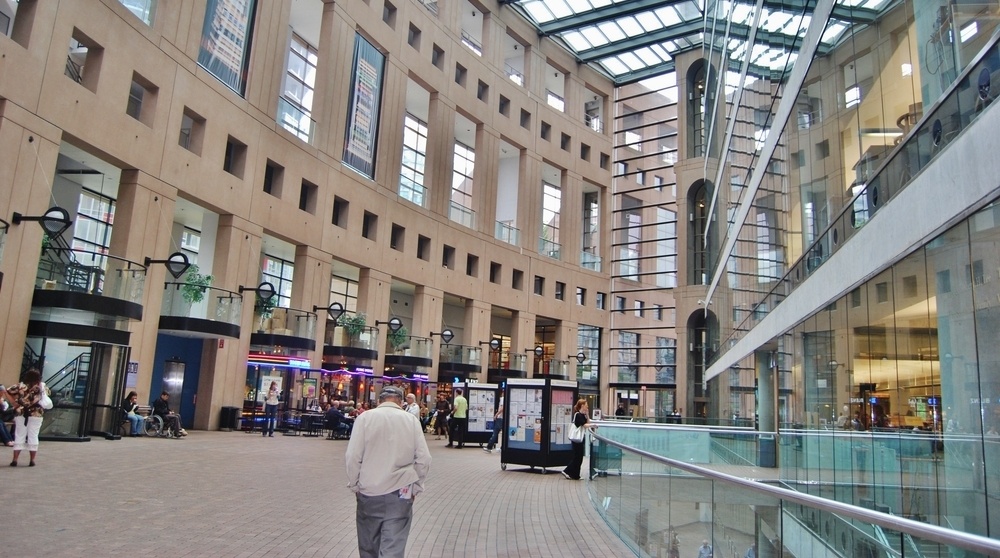 No special water effects were planned for the CW’s Supergirl filming at Vancouver Public Library’s (VPL) Central Branch in downtown Vancouver early this morning, but it happened anyway.

An employee with VPL told Daily Hive that filming for the television series had just concluded in the multi-storey atrium when the sprinklers unexpectedly went off. The atrium area on the main level was inundated with water and it poured into the lower level where the children’s library and meeting rooms are located.

Firefighters and production crew assisted library staff with mopping up the water in time for the scheduled 10 am opening of the library. What caused the sprinklers to go off is unclear.

Other than the children’s library, no water entered the main library areas – where the books are stored – of the building. The extent of the water damage is not known at this time.

Supergirl, based on DC Comics’ Superman universe, relocated to Vancouver from Los Angeles for the production of its second season.