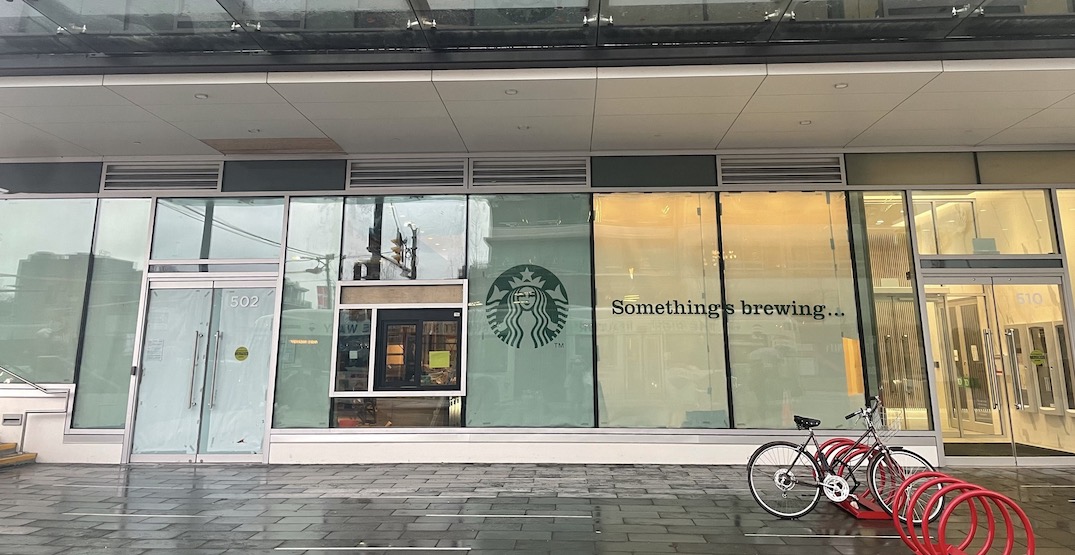 Starbucks may have closed hundreds of stores across Canada this year, but it looks like the famous coffee chain is moving forward with a new Vancouver location despite that.

The Seattle-based company has put up signage at 502 W Broadway. This is a prime location for the brand as it’s situated right on the corner of W Broadway and Cambie, just steps away from Broadway-City Hall Station.

This sizeable new Starbucks will offer a walk-up service window and a total occupancy of around 65 people both inside and outside on a patio.

The patio is slated to accommodate 25 people. 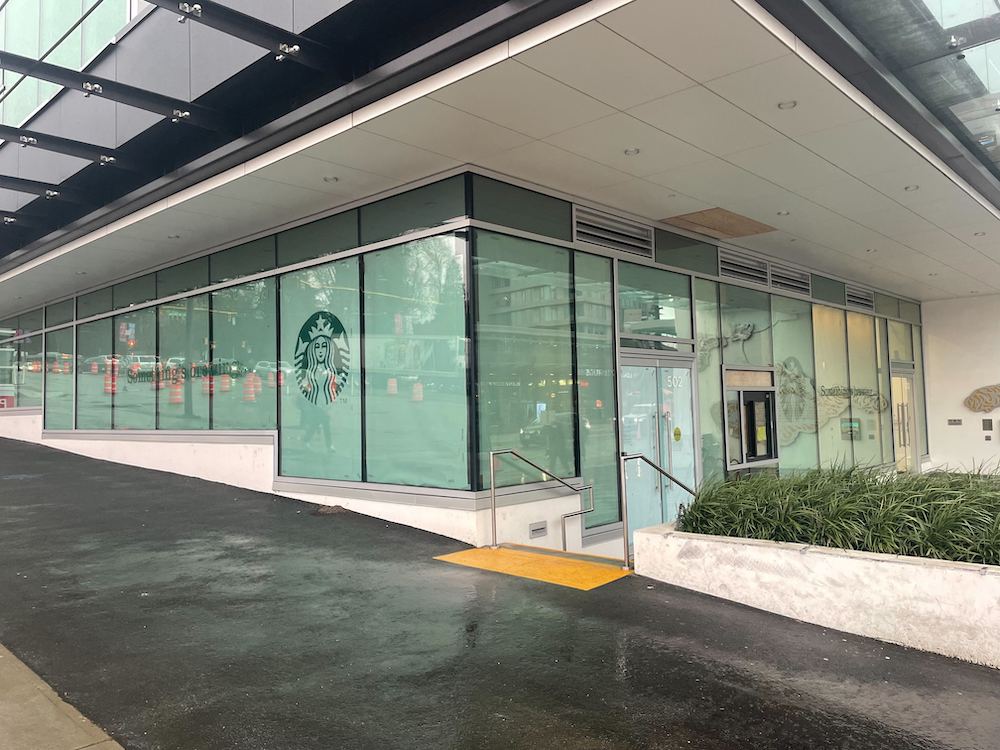 A Jollibee restaurant location is also poised to open in this building.

We’ll keep you posted as details are released regarding both of these concepts.