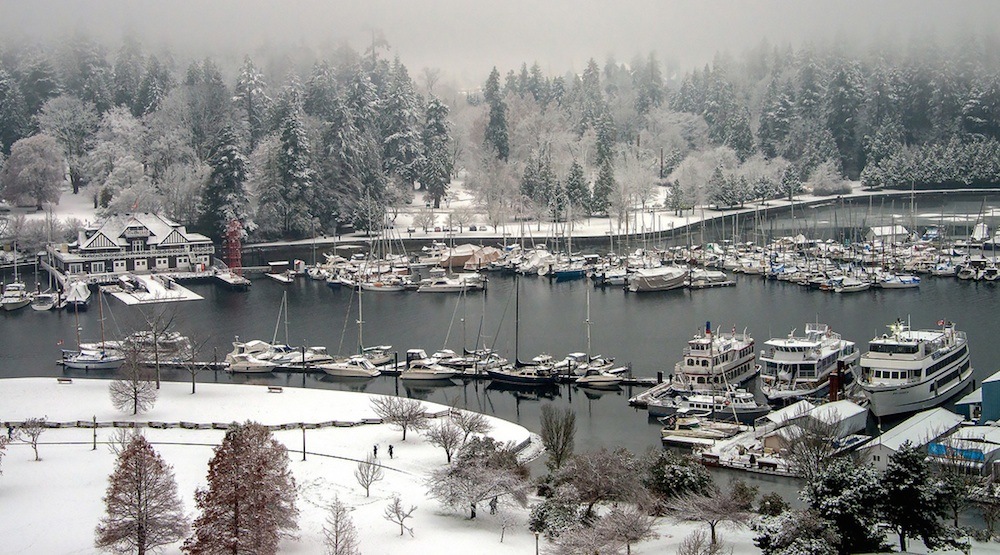 While it will be short-lived, the last round of snowfall as a result of the current arctic air outflow could produce significant accumulations across Metro Vancouver.

Late this afternoon, Environment Canada issued a snowfall warning for the region, with accumulations of as much as 18 cm expected for some areas by Sunday night. As usual, areas that are farther east or on higher terrain can expect more snow than areas near the warming influence of sea waters.

The snowfall will begin after midnight on Sunday, producing between 2 cm and 4 cm overnight.

Throughout the day on Sunday, temperatures will steadily warm up from sub-zero to the freezing mark by late afternoon. Between 5 cm and 10 cm will fall from Sunday morning to late Sunday night, when temperatures steadily rise and cause precipitation to turn from snow into wet snow and rain.

A mild Pacific front will push the arctic air out of the South Coast of BC on Monday. Expect a daytime high of 7°C and nighttime high of 4°C.

Mild temperatures and rainfall are expected throughout the week, with the exception of Wednesday and Thursday night when there is a possibility of snow or wet snow.

As the snow will likely melt quickly, low-lying areas and areas where drains are blocked could experience localized flooding come Monday. Rivers and creeks could also rise quickly due to rapid snowmelt.

Temperatures along the Sea to Sky Corridor from Squamish to Whistler will remain low enough that snow may continue through Monday morning, bringing snowfall accumulation totals to as much as 30 cm.

The Fraser Valley could see snow transition into freezing rain on Sunday night.