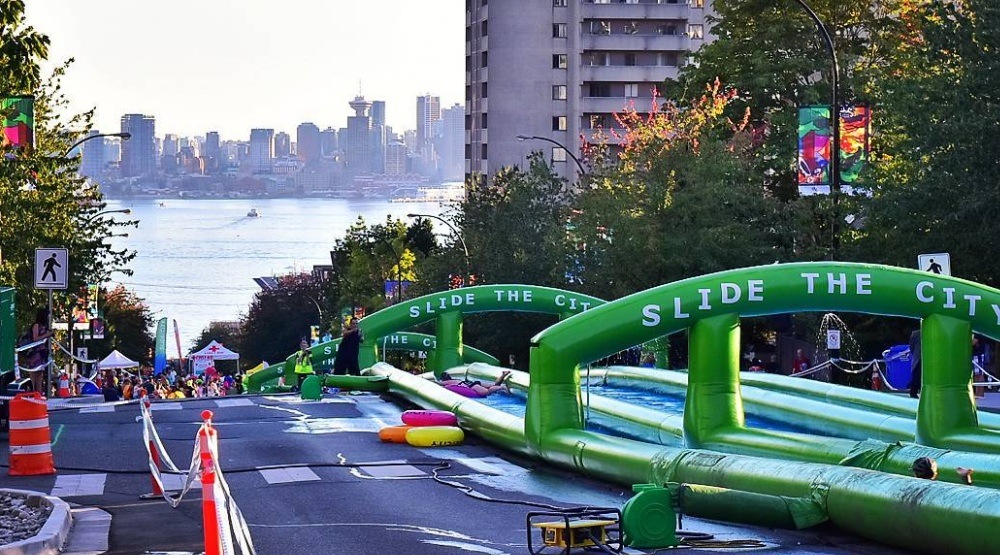 The City of Vancouver’s decision to reject Slide The City several years ago is still turning out to be a huge gain for North Vancouver.

Organizers announced this week that the traveling 1,000-foot-long slip-and-slide will be returning to Lower Lonsdale for two days on Saturday, August 12 and Sunday, August 13.

This would be Slide The City’s third annual event in Metro Vancouver; the first-year event in 2015 was a one-day event that attracted 6,000 participants, making it the Utah-based company’s biggest single-day for attendance, while the event’s second year in 2016 was expanded into a two-day event to accommodate the high local interest in the slide.

And just like last year, Slide The City will coincide with North Vancouver’s weekend-long Car Free Day festivities in Lower Lonsdale. Along an eight-city-block area, there will be live music from multiple stages, food trucks, artisan and street vendors, a kids fun zone, street performers, outdoor patios, a beverage garden, and a 200-foot-long bean bag.