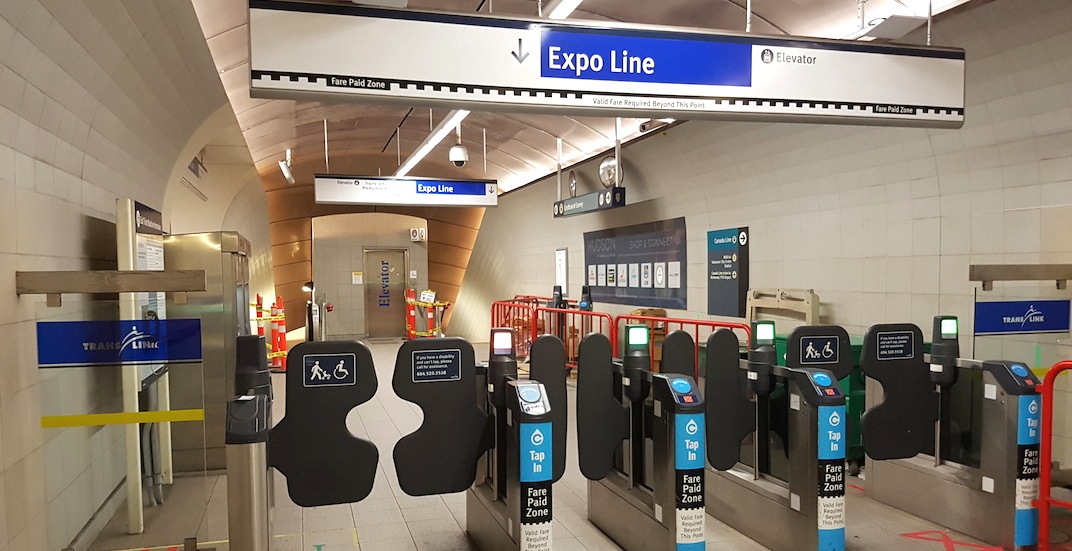 One of the three entrances into SkyTrain’s Granville Station in downtown Vancouver will be completely shuttered to provide crews with the needed flexibility to install more fare gates.

TransLink says the Dunsmuir Street entrance to the station, including the station’s elevator, will be closed from the end of service today to the start of service on the morning of Tuesday, April 3. 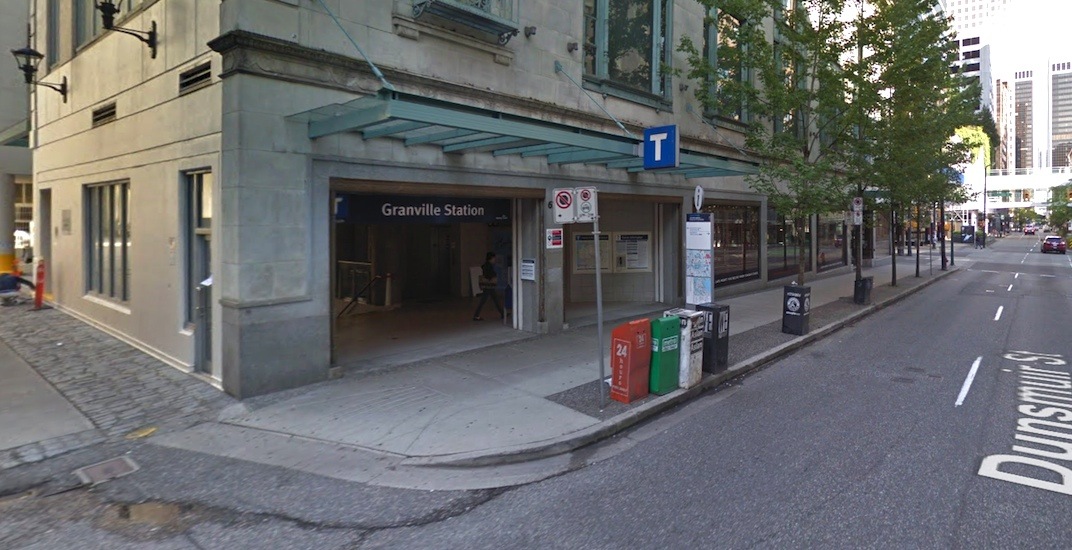 The other two entrances into the station – Granville Street and Seymour Street – will remain open throughout this period.

Two additional fare gates will be operational at the entrance when it reopens next week. 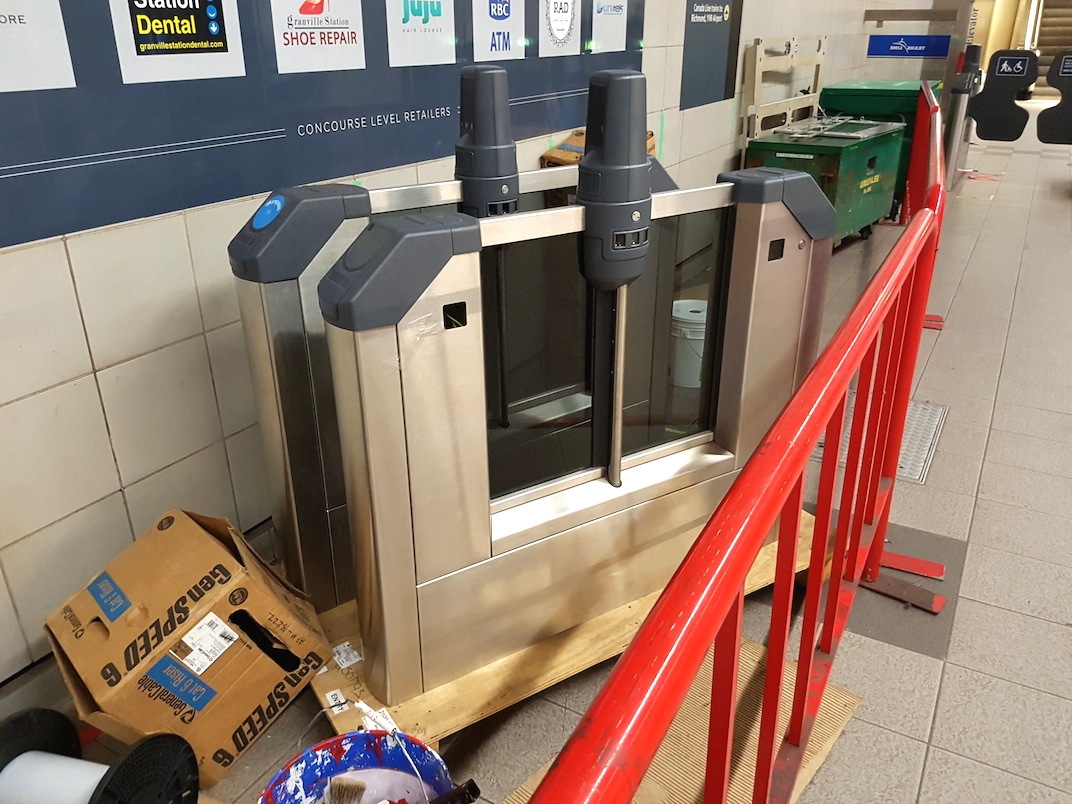 The additional fare gates that will be installed at the Dunsmuir Street entrance of SkyTrain’s Granville Station. (Kenneth Chan / Daily Hive)

More fare gate capacity is required as the station on the Expo Line is one of the busiest stations on SkyTrain with 43,000 people passing through daily.