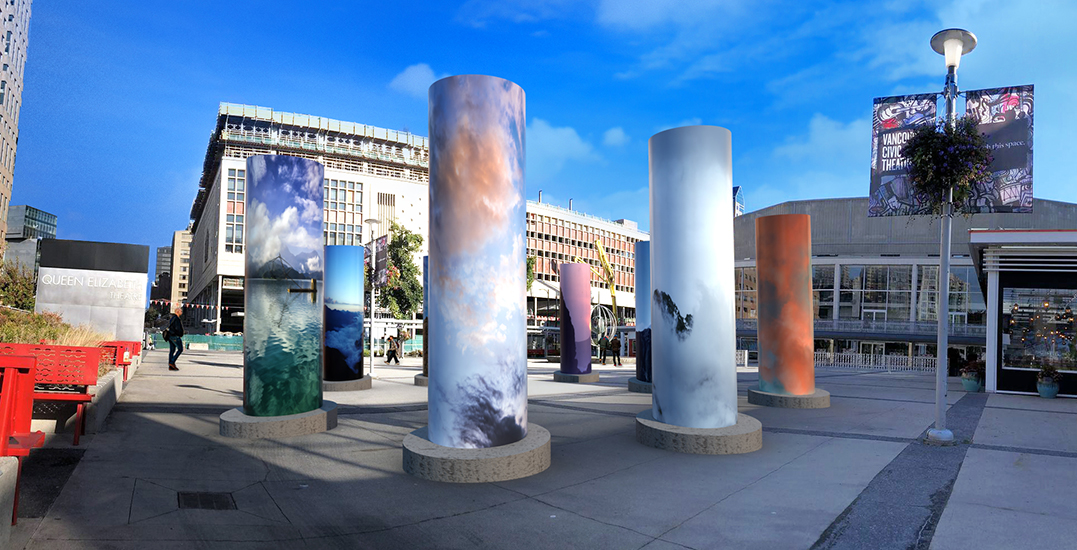 A stunning installation has been revealed in downtown Vancouver as part of the festivities for this year’s TAIWANfest.

Dubbed the “Sky Installation,” the eight-column display is located at the šxwƛ̓ exən Xwtl’a7shn, formerly known as the Queen Elizabeth Theatre Plaza.

Each column includes photos taken from Taiwanese and Canadian photographers, each of which depicts a different story.

Two columns, for example, include photos from Sara Boychuk, a registered nurse and photographer, who wanted to create “much-needed moments of peace” with her works, “Hidden in the Clouds” and “Pause.”

BC-based photographer Valerie Durant dedicated her column and poem to her granddaughter, with “Infinite Sky for Everett.”

“The Sky installation and its eight columns will bring us to the past, admiring mother nature during the day, but their illuminating display at night will offer Vancouverites moments of relief from months of pandemic-related anxiety,” says TAIWANfest organizers in a statement.

Organizers add that Sky “hopes to show that despite our geographical differences, we all look towards that same sky that looms over our heads, further reaffirming that we are in this together.”

This year, TAIWANfest opted to pause their Dialogue with Asia series, pivoting the festival to create meaningful conversations through art installations, stories, music and food, as well as collaborations with scholars, journalists, scientists, and even foodies.

Organizers say that the virtual programming in this year’s festival has been critical to help people have a greater understanding of cultural differences, as well as addressing the anti-Asian sentiment derived from the COVID-19 pandemic.

TAIWANfest will continue throughout September until October 3, 2020.