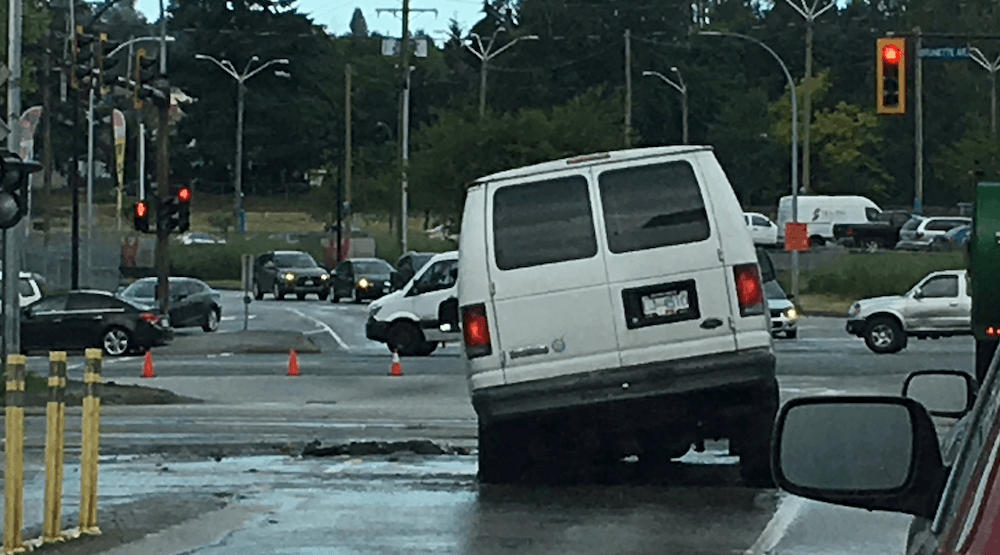 At least one vehicle, a van, fell into a large sinkhole that opened up in New Westminster on Friday morning.

The sinkhole was reportedly located near the Braid and Brunette railway crossing.

A photo of the incident was captured shortly before 8 am and posted to Twitter by @daniellehonig.

“The sinkhole was caused by a break in the water main at the intersection of Braid and Brunette,” said Ashleigh Young, New Westminster’s communications coordinator.

Young told Daily Hive repair crews were onsite, with a plan to have the road open to eastbound traffic on Braid by 5 pm.

“Drivers should expect delays in the area due to a large volume of train traffic moving through that section as a result of the backup from earlier today,” she said. “We will continue to keep the public updated through our Twitter account.”