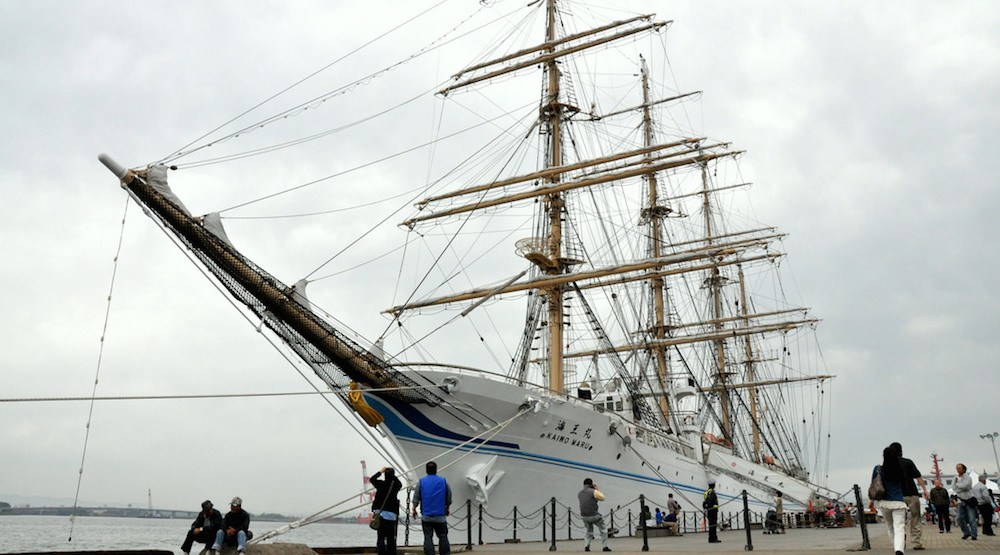 Exterior of the Kaiwo Maru, the King of the Sea. (yuki_alm_misa / Flickr)

The 361-foot-long, 182-foot-tall Kaiwo Maru, the so-called ‘King of the Sea’, is currently making a special voyage to North America for its role as the centrepiece of Richmond’s free, family-friendly Ships to Shore King of the Sea festival at Garry Point Park on the Steveston waterfront.

With its immense size, including four masts to hoist its massive sails, it is one of the world’s largest tall ships. It was built in 1989 and is owned and operated by the Japanese government as a training vessel. 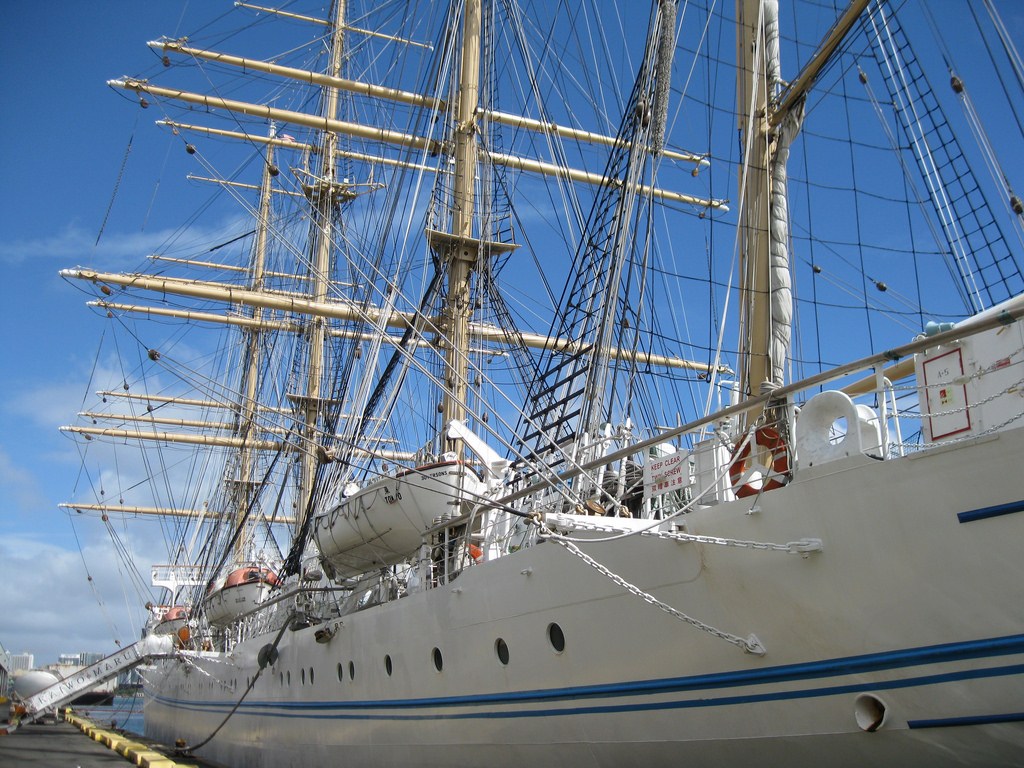 Up close on the exterior of the Kaiwo Maru tall ship. (Burt Lum / Flickr)

“The Kaiwo Maru will be making her second voyage to Richmond since 2004, providing a rare opportunity to view this majestic ship,” said Richmond Mayor Malcolm Brodie in a statement.

“The Kaiwo Maru rarely leaves Japan and Richmond will be the only North American port of call on this visit. This special visit recognizes the strong cultural ties and long standing friendship between Richmond and Japan.”

Attendees can tour the vessel for free from Friday, May 5 to Saturday, May 6, but due to the expected high interest in boarding the vessel boarding passes are required and can be acquired on the festival’s website.

Organizers say one of the highlights of the Kaiwo Maru’s visit will be a Sail Drill demonstration from 1 pm to 4 pm on Saturday, May 6 when nearly 200 crew members will climb high into the masts to unfurl almost 30,000 square feet of sail.

The Kaiwo Maru’s visit coincides with the visit of another tall ship, the Colombian Navy’s A.R.C. Gloria near Lonsdale Quay in North Vancouver. Free public boardings and tours are also planned throughout the weekend.

A three-day festival at Garry Point Park from Friday, May 5 to Sunday, May 7 will accompany the Kaiwo Maru’s stay in Richmond.

There will be a fireworks show over the Fraser River on Saturday, May 6 starting at 9:05 pm.

Three stages will boast free concerts and performances, including a main stage with headline concerts by Alan Doyle and the Beautiful Gypsies and Dear Rouge.

And just for the kids, there will even be appearances by Dora and Diego from Nickledeon’s Dora the Explorer.