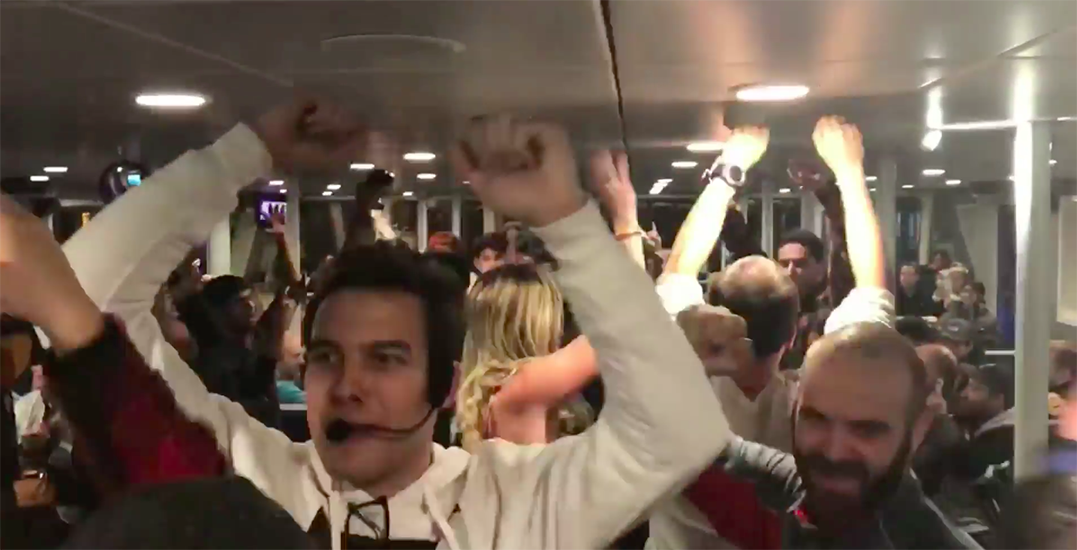 Over the weekend, while Vancouverites were travelling to and from downtown, SeaBus passengers were hit with an unexpected dance party.

The event was hosted by Party4Health, a Vancouver-based group aiming to create engaging, healthy, and inclusive party experiences.

Led by the group’s founder, Jacques Martiquet, Party4Health teamed up with TransLink to transform the public space into a dance floor.

“We are going to spread joy through public transit… let’s get high on life,” says Martiquet in the video.

This isn’t the first time that Martiquet and his team have brought these impromptu dance parties to public spaces.

Last year, the SkyTrain was taken over on New Year’s Eve and several months ago, Bike the Night saw a flash mob take to the Burrard Street Bridge.

According to Party4Health’s Facebook post, they’ll be paying a visit to the SeaBus again this coming Friday.

Keep your eyes open, you might find yourself in the middle of their next party.