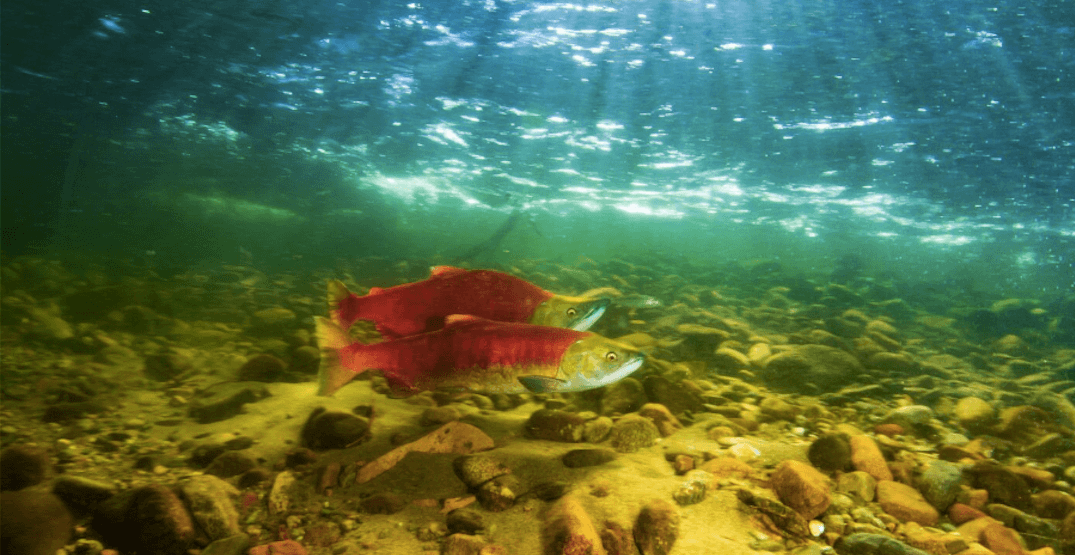 And while bears and eagles seem to know where to find the fish, but it can be difficult for us humans to track them down.

Difficult that is, unless your North Vancouver photographer Fernando Lessa, who documents the salmon run every year, in rivers and creeks all over Metro Vancouver.

This year Lessa made his way to the Adams River to capture the annual natural wonder, and shared his photos with Daily Hive.

Speaking about how he chose his location, Lessa said the Adams River is a “very important” river and that two million fish were expected this year.

It’s rare to get a permit to shoot at this location, he added, “since the photographer/ videographer has to be very careful not to disturb the eggs” or the nesting grounds. 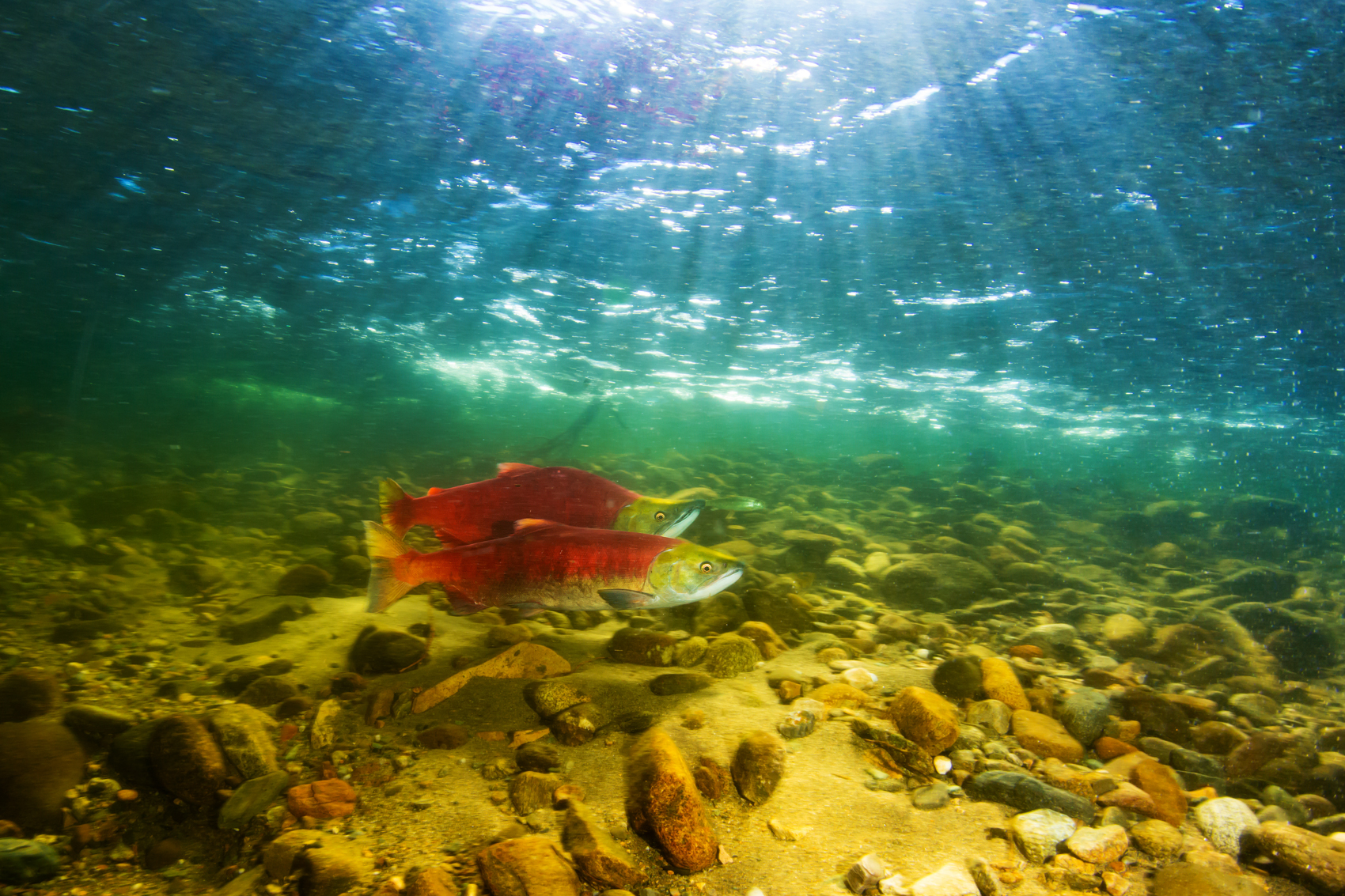 “Once the fish migrate from the Adams lake to the river, they start laying the eggs in the gravel; exposed to predators and to human activity,” Lessa explained.

Lesa said that since 2016, he’s been working on what’s known as the Urban Salmon project.

“It’s the first documentation of the Salmonids in the Urban environment,” he explained, noting that Since DFO is aware of his project (and knows that he’s careful) they were happy to give me one of the permits.” 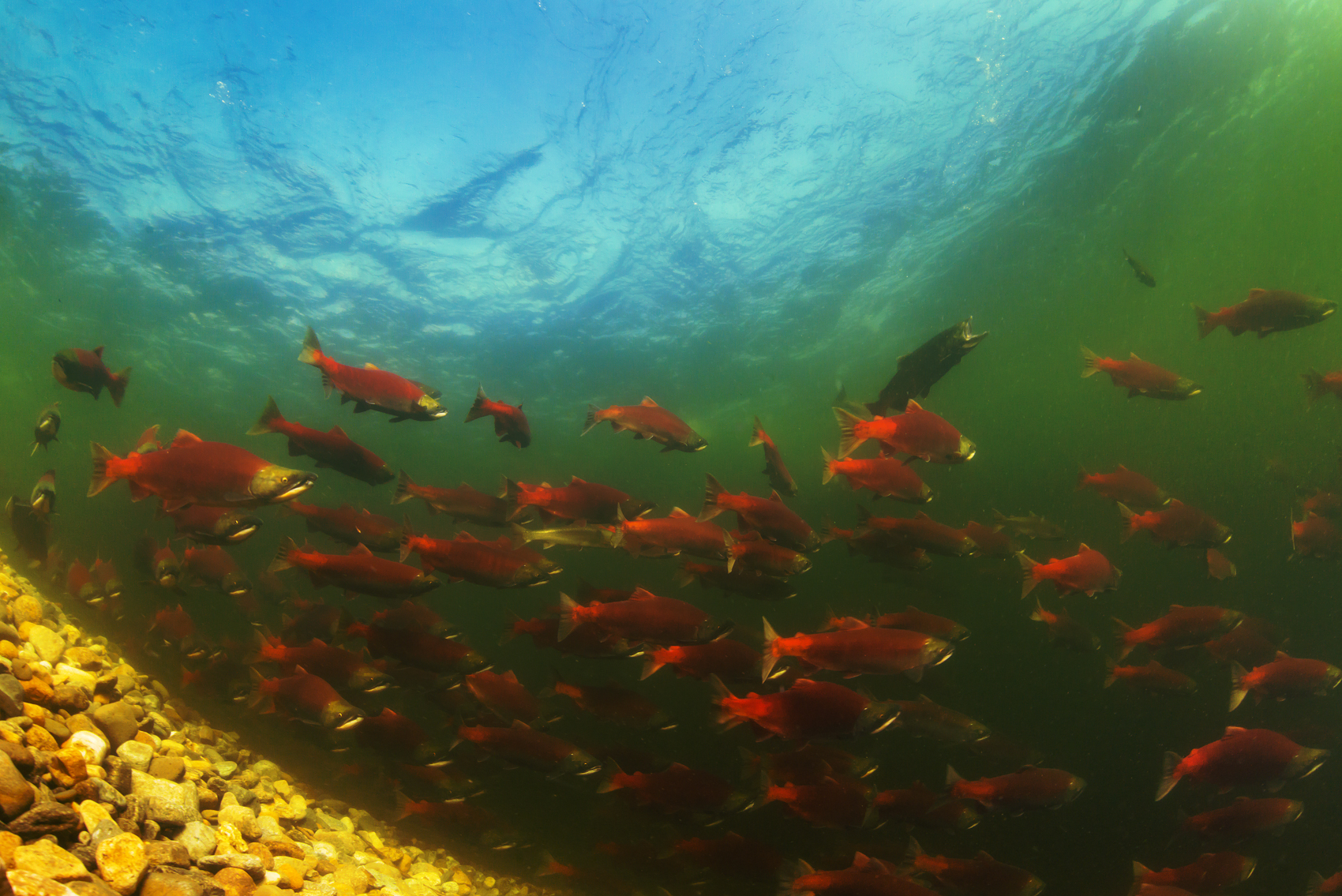 This year Lessa said he stayed at the river for seven days at the beginning of October.

“That’s a bit early, since the running peak happens mid-October,” he said. “My goal was getting fish as fresh as possible (once in the river they start to deteriorate fast), so red tones are more intense.”

He added he was “very interested in documenting the big schools holding by the river mouth, before they get in the river.”

As for the size of this year’s run, Lessa said that while the sockeye run happens every year, this year was especially impressive. 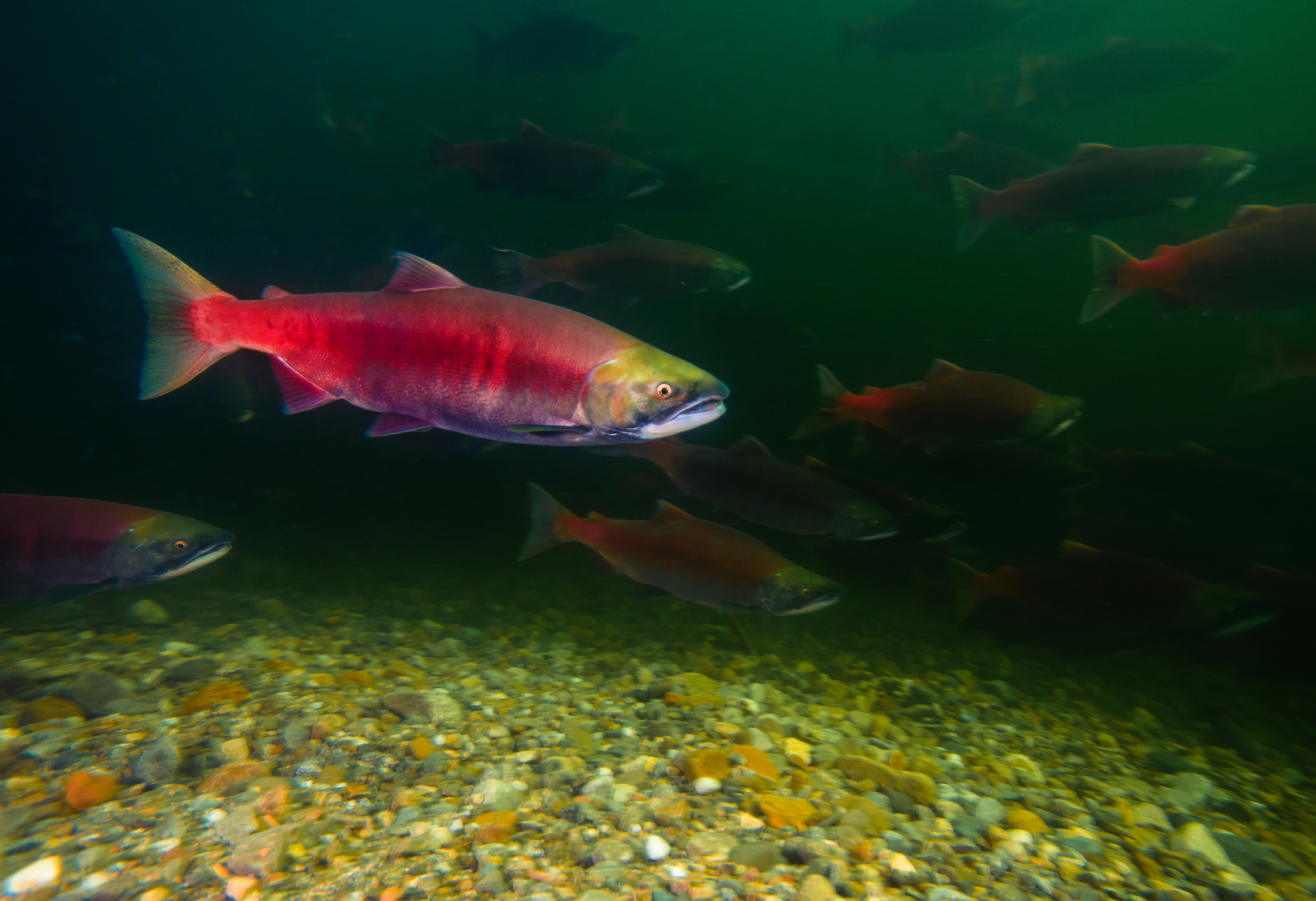 Once every four years, “you get a more intense run, called King run. 2018 is a King year, and two million fish are expected to make the trip to the Adams River.”

Although he’s done this before, Lessa said this year was his first time with Sockeye in the Adams.
“I’m glad to have the chance to dive and interact with the fish so close,” he said. “The year after a king run is also considered good, and I hope to be able to go there again in 2019.” 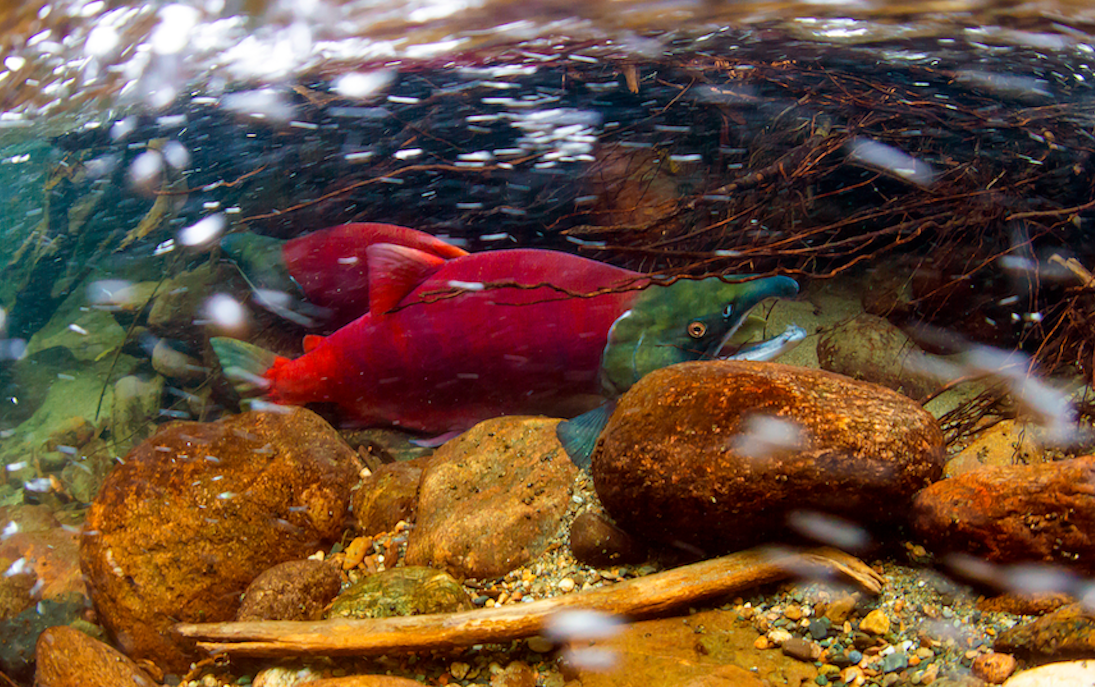 After two years on the project for his forthcoming book, Lessa told Daily Hive he’s “very happy to say it’s almost ready.”
The plan, he explained,  “is to launch a coffee table book that not just show how lucky we are to have the salmon around us, but also the importance of the urban creeks.” 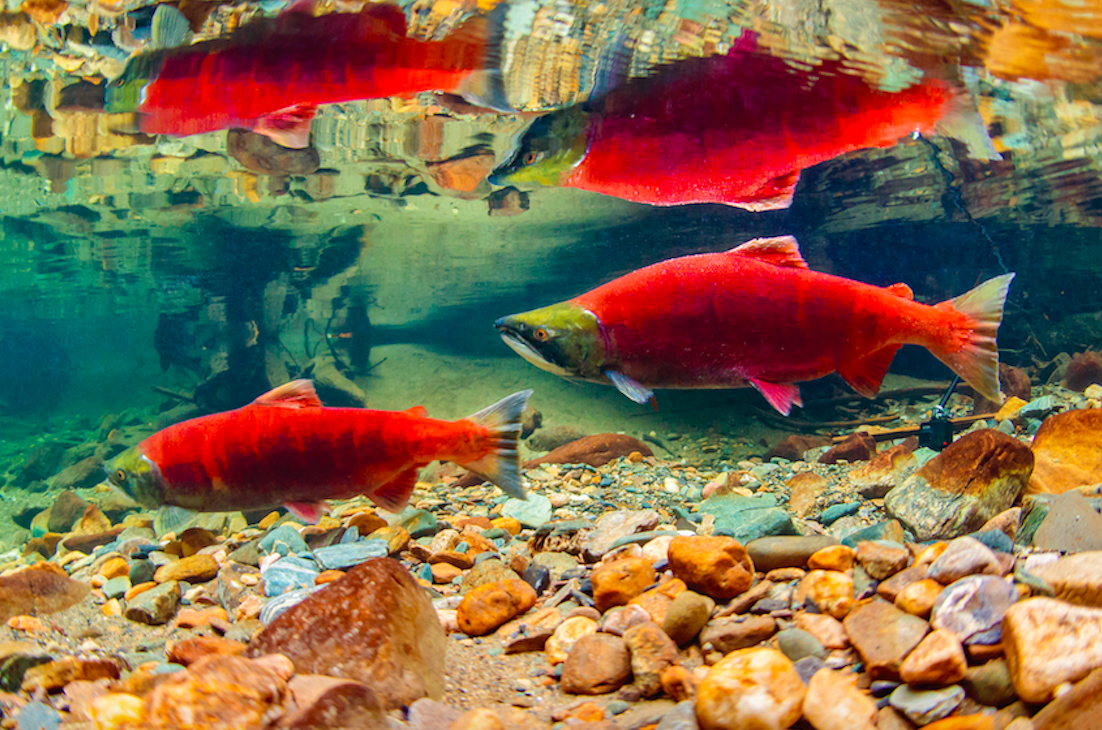 Pre-sales of the book are scheduled to start this December, with the book expected to be available in major book stores by February 2019. 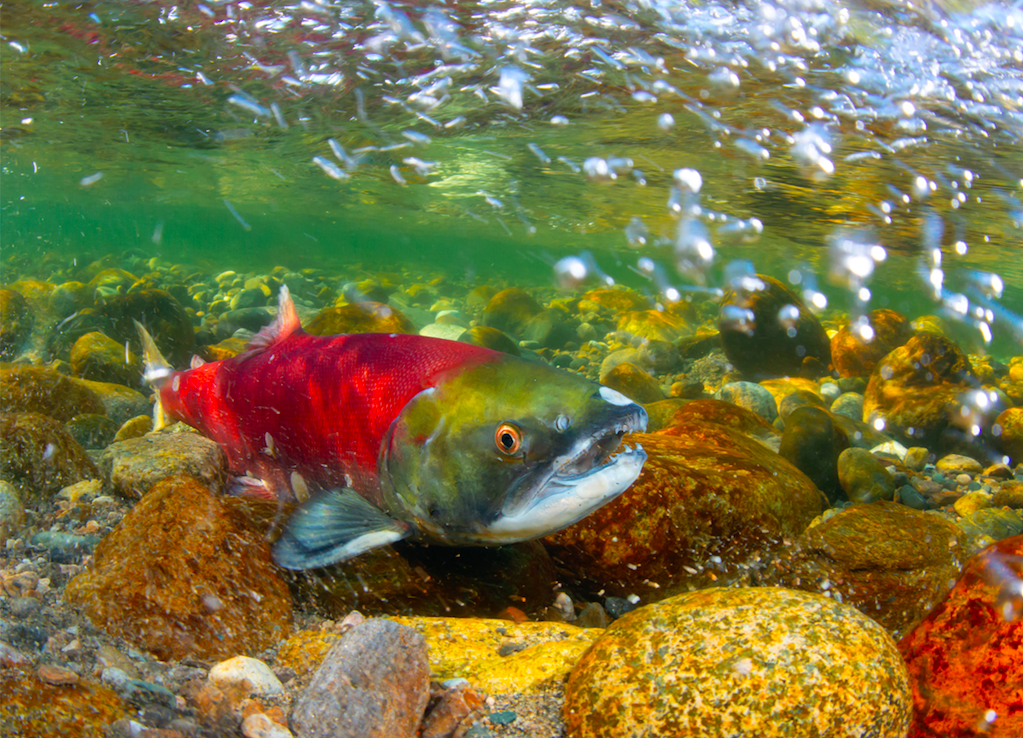 Reflecting on the project at this point, Lessa thanked those involved with making it happen.
“I would like to thank  Zoann Morten, from The Pacific Streamkeepers Federation, Wes Dearmond, from Fisheries & Oceans Canada, and The Adams River Salmon Society,” he said. “Without those people I would never been able to do it.” 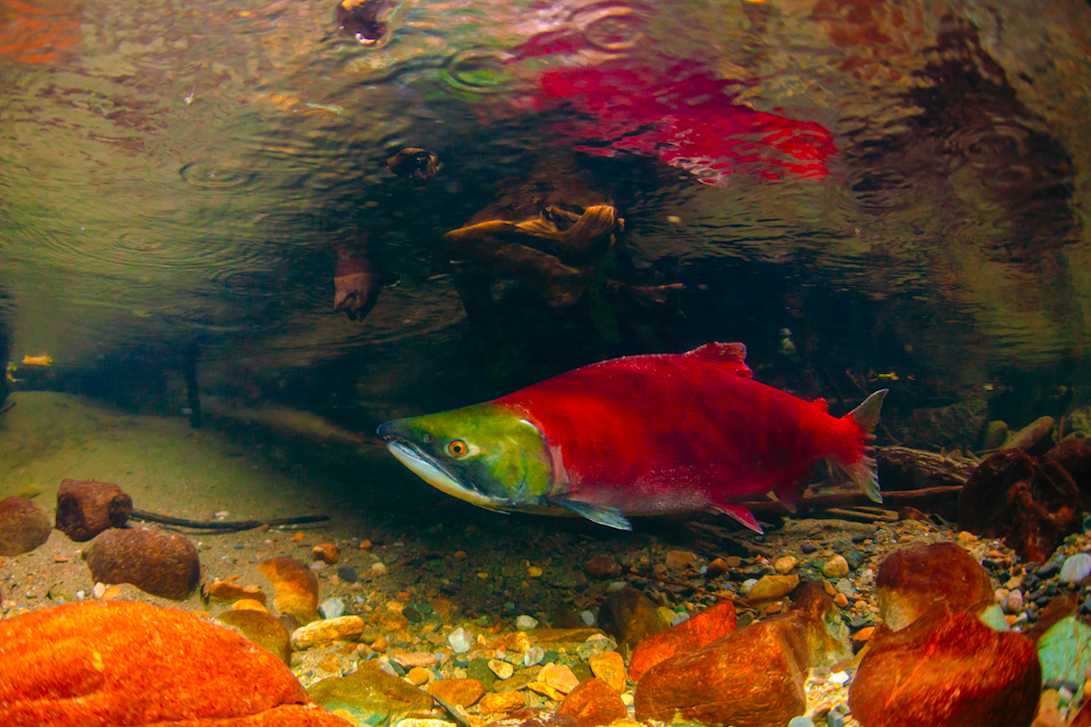