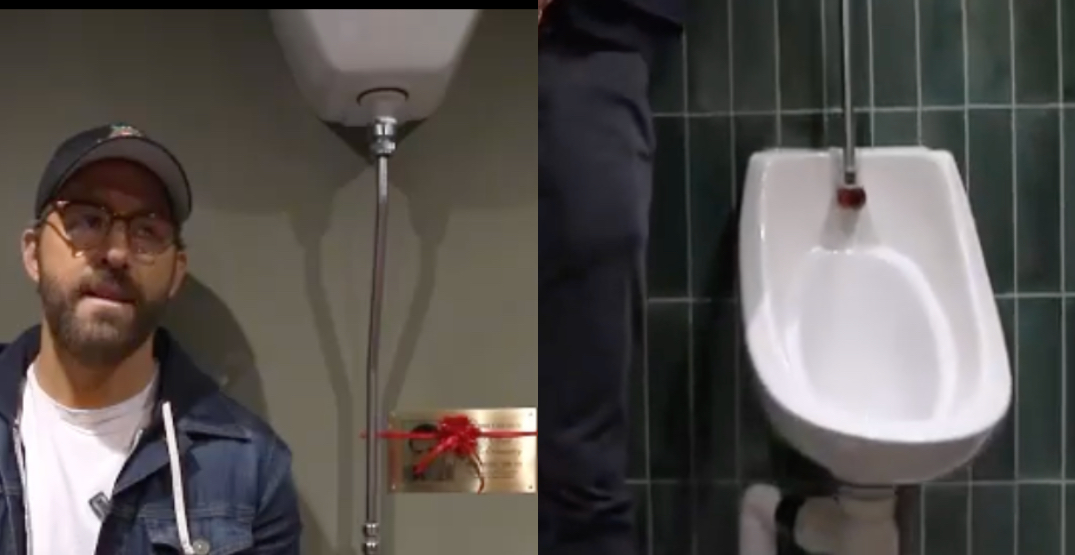 It seems like Ryan Reynolds has a unique idea of a good birthday gift.

The Canadian actor paid tribute to actor and friend Rob McElhenney from It’s Always Sunny in Philadelphia fame, which he unveiled on social media.

Reynolds cut the ribbon on the Rob McElhenney Commemorative Urinal installed at the Wrexham AFC Racecourse in Whales.

Yes, for his friend’s birthday, Reynolds installed a urinal – presumably in the men’s washroom – at the football club he co-owns with McElhenney in the UK.

“Today, we celebrate Mr. Co-Chairman Robert Lucinda McElhenney with this memorial urinal,” Reynolds said in the video before cutting the red ribbon and popping a bottle.

McElhenney didn’t publicly share a reply to the – erm, thoughtful? gift on social media, but we’re sure he’s honoured.

Reynolds is no stranger to a prank gift. Earlier in the month, he gifted a giant photo of himself to Hugh Jackman to celebrate the opening night of his broadway show.

So if you develop a good relationship with Reynolds, don’t expect a gift card for your birthday.