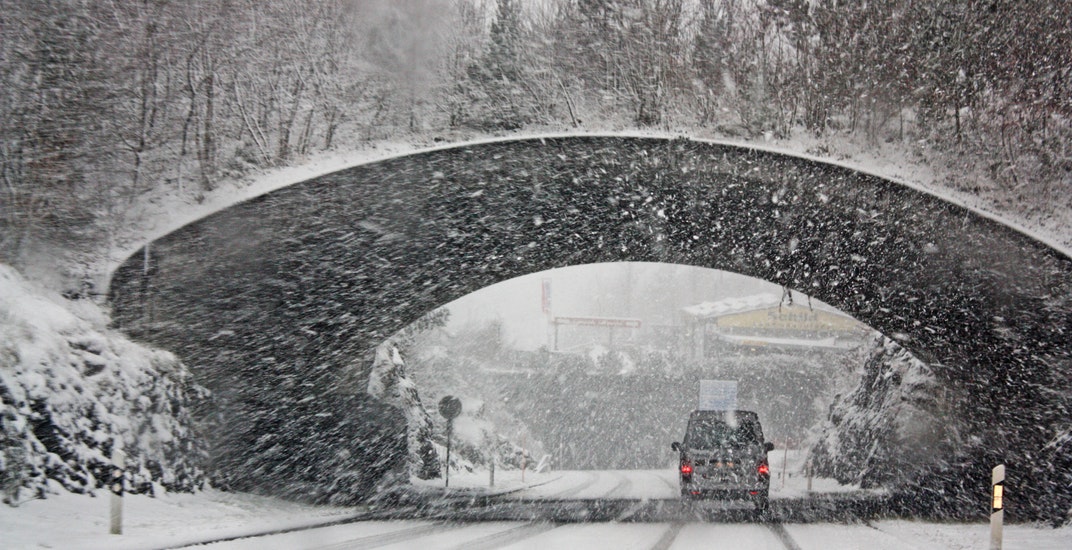 Sure, winter in Vancouver means you get to look at stunning snow-capped mountains for a couple of months, but things aren’t always that beautiful at street level. Although some streets may be treated with salt and sand, accidents are still an inevitability. Temperatures drop, slush freezes into ice, and injuries follow.

At this very moment, there are still areas in Vancouver dotted with icy-patched roads, presenting huge difficulties for both drivers and pedestrians. According to Transport Canada, the statistics of driving-related deaths from 2011 to 2015 found that half of collision fatalities are the drivers themselves.

In 2015, BC had more road fatalities and injuries than the Canadian average; most serious driver and passenger injuries happened to those aged between 25 and 34 (19.9%). Fatalities were highest in those aged 65 and older.

And so to help you stay safe this winter, we’ve compiled a list of six road safety tips that are easy to follow and even easier to remember.

Although it may sound like a no-brainer, a lot of drivers still refrain from wearing their seat belts. Regardless of whether you’re taking a quick trip to the store or driving to work, it’s crucial that you make sure you properly buckle your seat belt. In 2015, 28.7% of driver fatalities happened because seat belts were not worn, and in the same year 27.6% of passenger fatalities happened for the same reason. Even if you are seated in the back seat of a vehicle, always make sure to buckle up.

You just never know what kind of conditions lie around the corner during the winter season. The road may seem clear in one area and then drastically change moments later, meaning you need to be prepared at all times. The best way to do that is to proceed with caution. Don’t speed. In 2016, more fatalities occurred in BC due to speed being a factor (92 victims) than due to impaired driving (67 victims), according to a report by ICBC.

Staying safe on the roads requires having regular vehicle maintenance checks. You don’t want to learn that your break pads need replacing when you’re in the middle of a four-lane highway. You can check the brakes in your car simply by pumping them gently, or applying steady pressure if your car has ABS. It’s going to be more beneficial to have your brakes checked and replaced by a professional if needed as it will help ensure your safety. ICBC requires air brake endorsements and training for everyone who wishes to operate a vehicle equipped with air brakes on a highway.

Be especially careful at intersections

Make winter tires a must

An ICBC survey revealed that almost four in 10 people feel less confident driving during the winter, and 70% feel less safe/frustrated by the actions of other drivers. On October 1, 2017, BC law enforced rules stating that drivers would be required to have winter tires on their car when traveling on certain highways in the province. Failure to do this and have a winter tire depth of at least 3.5 mm could result in a fine of over $100, but more importantly – it puts your safety at risk. Winter tires have threads designed to grip ice and snow, so you’ll want to make sure you have them on your car when you’re driving on ice, snow, or slippery highways.

Avoid being distracted while driving

Vancouver personal injury lawyer Ronald Kumar urges drivers to put their mobile phones down and to focus on driving. There are more than 800 crashes every day in BC, and a majority of these caused by distracted driving, according to Kumar. He also notes that distracted driving is the second-leading cause of motor vehicle fatalities in the region, behind speeding and ahead of impaired driving. Between 2010 and 2015 approximately 78 fatalities occurred each year due to distracted driving, and he expects that the number of fatalities will continue to increase if drivers don’t smarten up and put their phones away. Make sure you understand the rules regarding using electronic devices while driving in BC.

Vancouver personal injury lawyer, Ronald Kumar, states that it’s crucial to drive safely not just during winter but at all times of the year, in all regions. Unfortunately, motor vehicle accidents do happen and in the case that you are injured in an accident, you’ll want to make sure that you speak to an injury lawyer to know your rights.

Ronald Kumar Law Group is dedicated to making sure that injured individuals’ rights are protected. Kumar practices exclusively in the area of personal injury. His firm’s goal is to ensure that injured people get fair compensation.

For more information visit Ronald Kumar Law Group. They offer a free initial consultation, and you don’t have to pay anything unless they win for you.