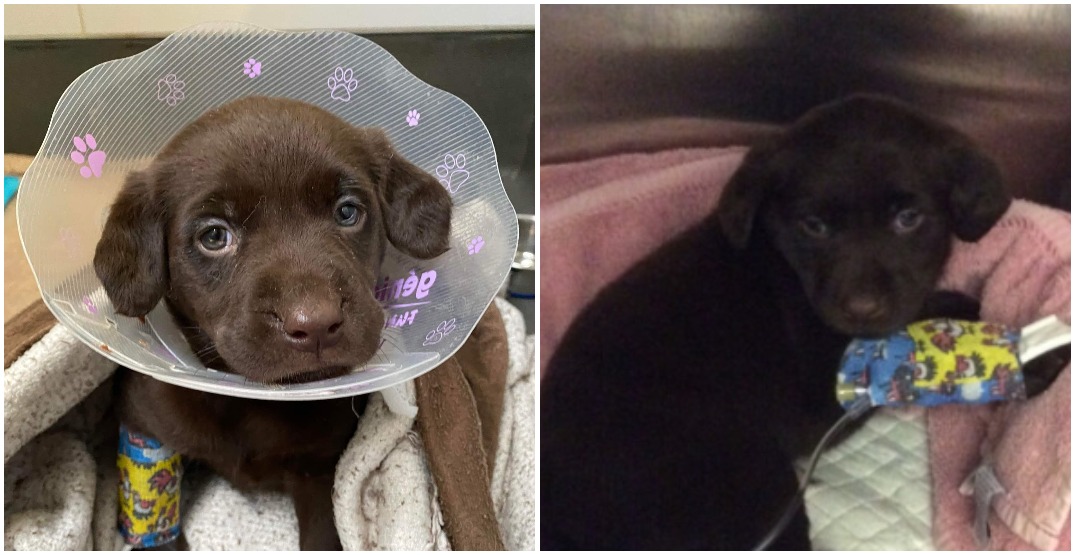 The BC SPCA is hoping you can help provide emergency medical care for two puppies who, along with their five siblings, were found in deplorable conditions. 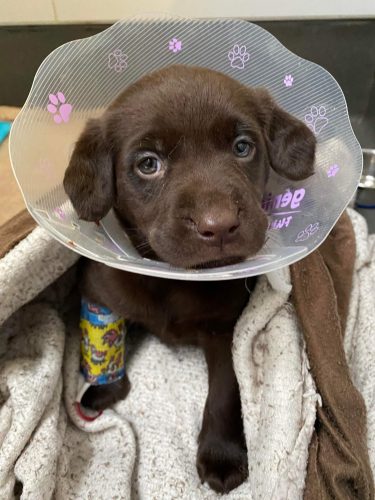 They were apparently living in a trailer with a number of animals, with little space and no access to food or water.

“The puppies were discovered in a trailer running loose with no visible food or water,” says Jodi Dunlop, manager of BC SPCA Vancouver. “When they arrived, they were lethargic and clearly had been living in an unsanitary home.”

According to the BC SPCA, the puppies were anemic, dehydrated, and not eating.

“The two puppies were given an ultrasound and blood work and received 48 hours of emergency care on IV fluids,” says Dunlop. “One of the puppies requires repeat bloodwork.”

All of the puppies will need vaccines and other veterinary treatments, including deworming and spaying and neutering.

“These little pups are adorable,” says Dunlop. “Once they are all feeling better they are going to make great family members.”

Two of the chocolate lab puppies, Chuck and Stu, were riddled with parasites and needed extra special medical care. 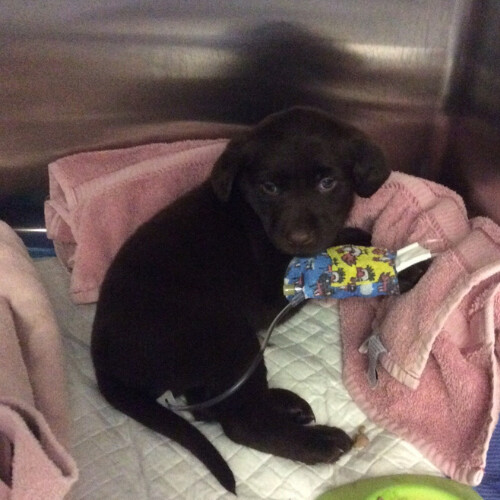 In a post, the BC SPCA says Chuck and Stu are, “the sweetest little bundles of fur with so much love to give. We know they’re going to make great family members as soon as they’re feeling better!”

You can donate to help these adorable puppies here.