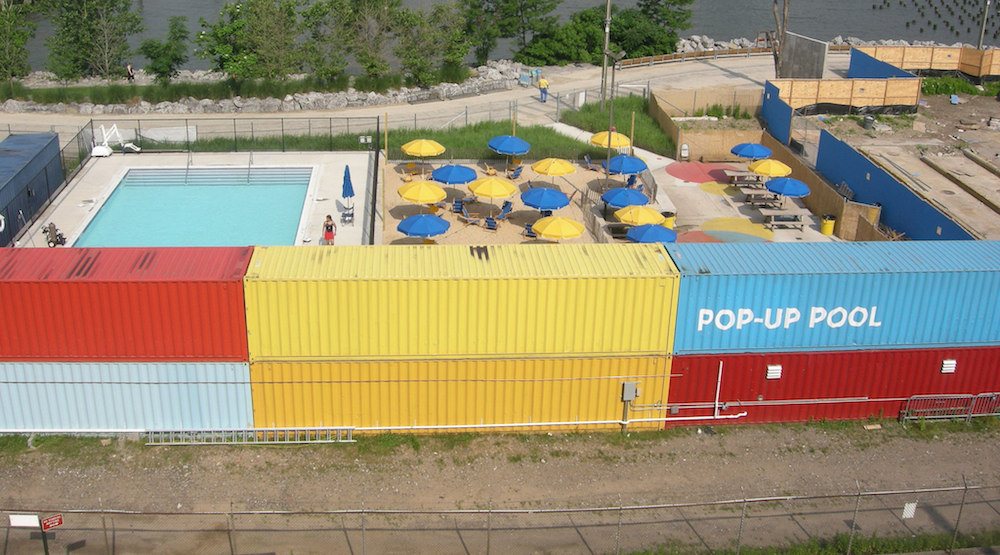 A proposal by the Vancouver Park Board to create a pop-up swimming pool program has been rejected by staff after further study on its feasibility.

The idea was first revealed last summer as a means of quickly bringing aquatic recreational amenities to neighbourhoods that lack swimming pools. As well, it would be cheaper, with such temporary installations with a capacity for several hundred people estimated to cost between $1 million and $2 million.

But after conducting a review on the idea, Park Board staff are saying such temporary pools are not feasible due to “their complexity, timeline for construction, and cost.” As well, these facilities would have to go through the same lengthy permitting process as a permanent facility.

The funds and staff resources spent on temporary pools would be better used put towards designing and building new permanent facilities.

As part of its comprehensive ‘VanSplash’ City-wide review of aquatic recreational facilities, the Park Board is contemplating building an outdoor natural pool somewhere along the Fraser River, consolidating Britannia and Templeton pools into one new facility, and replacing Lord Byng pool with a new ‘destination’ facility at Connaught Park in Kitsilano.