It’s almost that time of year again: the Pitt Meadows Maze at the Hopcott Family Farm is set to open on August 9! All admission tickets on opening day will be 50 per cent off.

The intricate maze design is cut through a 17 acre field of corn, and the designs are different each year.

This year’s design celebrates the 100th anniversary of the B.C. 4-H club, an organization that provides youth with experiential learning through agricultural activities and programs.

There are three mazes totalling 8.7 kilometres of maze trails cut – equivalent to one million stalks of corn. 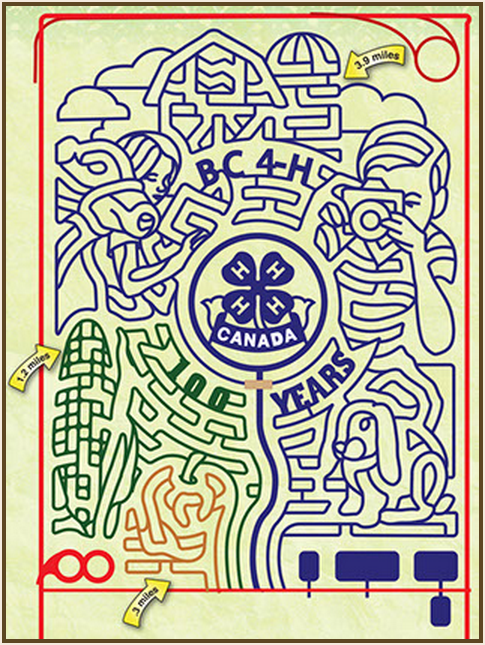 The Farm Scene Investigation Maze is ideal for those who want to complete the activity in a shorter period of time, while the much longer Mega Maze totals 6 kilometres of trails with 18 checkpoints – it’s perfect for those looking for challenge.

In addition to the two large mazes, there’s also a Farm Tracks Maze for young children. Young adventure seekers are to look for 6 hoof prints to solve the mystery of who stole Farmer Joe’s pie.

Side attractions at the farm include a petting zoo and 40 food slide down a meadow. There will also be a concession stand open during most opening hours.

Aerial photography of this year’s maze is by photographer Samuel Chung and pilot Esther Wong. 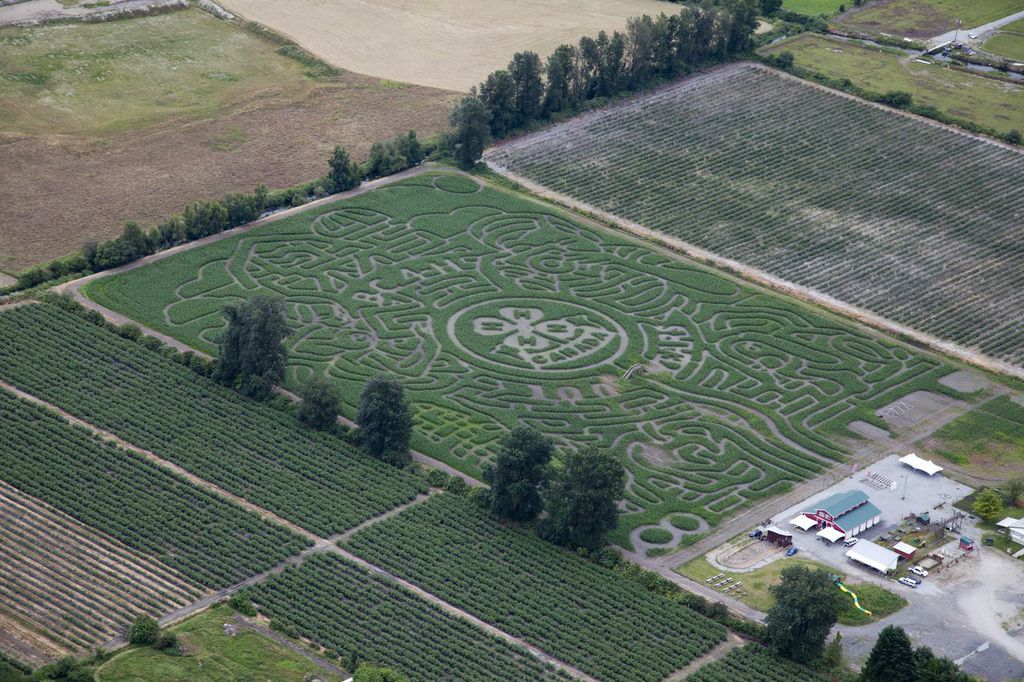 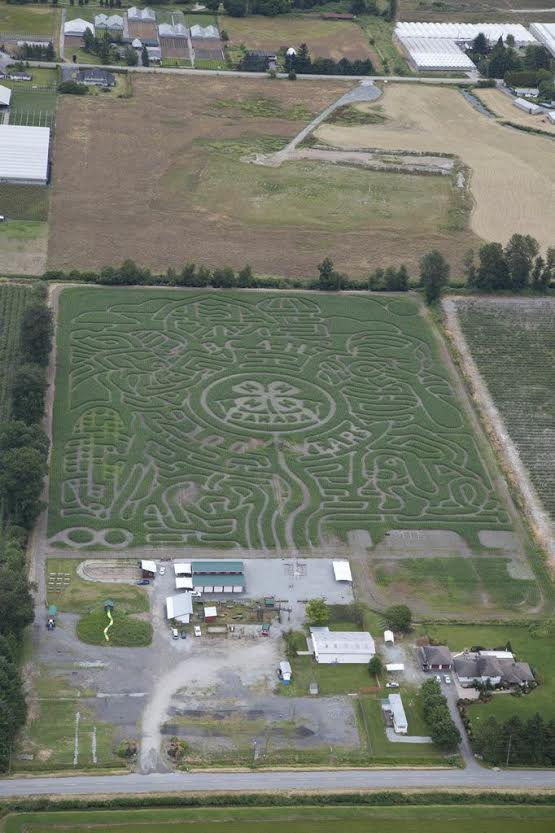