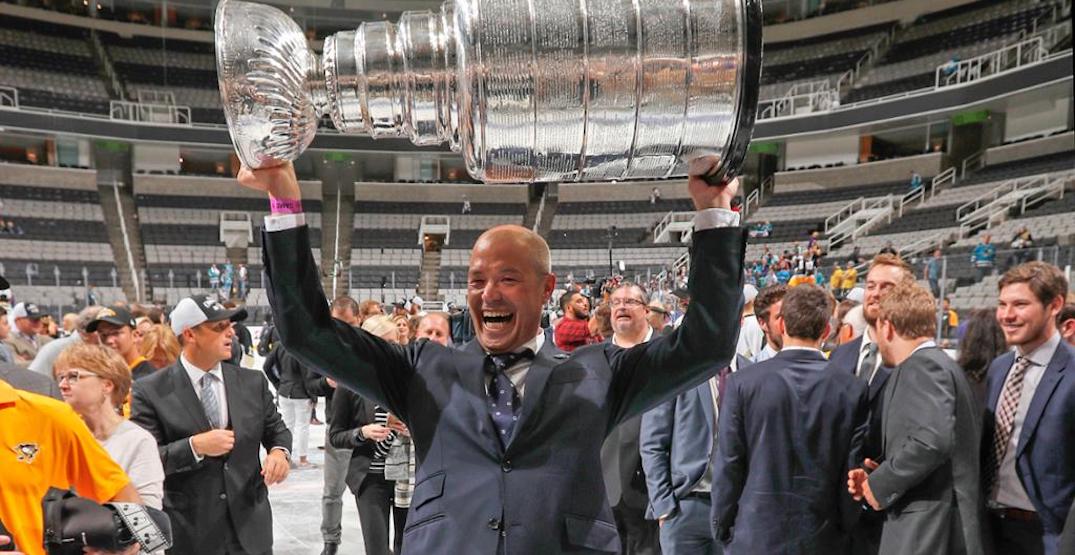 Jim Rutherford is getting closer to picking the next general manger of the Vancouver Canucks.

The new Canucks president of hockey operations said at his introductory press conference that he had a list of 40 potential GMs. That list, according to Frank Servalli of Daily Faceoff, is now down to about three candidates.

In an interview with Sportsnet 650 this morning, Seravalli said he believes Pittsburgh Penguins assistant general manager Patrik Allvin is the “frontrunner” for the job.

Earlier on Halford and Brough, NHL Insider @frank_seravalli mentioned that Patrik Allvin is the leading candidate for the Canucks' vacant GM position, pending a meeting with the Aquilinis.

Yesterday, Elliotte Friedman of Sportsnet reported that the Canucks had received permission from the Penguins to talk to Allvin.

Rutherford worked with Allvin for six seasons in Pittsburgh, and Allvin briefly served as interim general manager after Rutherford resigned last January. He interviewed for the permanent position, but lost out to Ron Hextall.

A native of Sweden, Allvin was promoted to assistant general manager with the Pens in November of last year. He has a strong scouting background, working as Pittsburgh’s director of amateur scouting from 2017 to 2020.

It remains to be seen who the Canucks hire, but another frequently-rumoured name is Chris McFarland, assistant general manager of the Colorado Avalanche. MacFarland has paid his dues, working as Colorado’s AGM since 2015. He worked previously with the Columbus Blue Jackets, first as director of hockey operations (2000-2007) and then as assistant general manager (2007-2015).

The Canucks are also rumoured to be in the process of hiring the first female assistant general manager in franchise history, with Jennifer Botterill, Jayna Hefford, and Angela Ruggiero mentioned as potential candidates.

“We are building a front office with people with a variety of backgrounds,” Rutherford said earlier this month.

Rutherford is reportedly looking to hire two more assistant general managers, in addition to Derek Clancey, who was hired last week. Clancey, who also worked with Rutherford in Pittsburgh, has extensive experience in pro scouting.