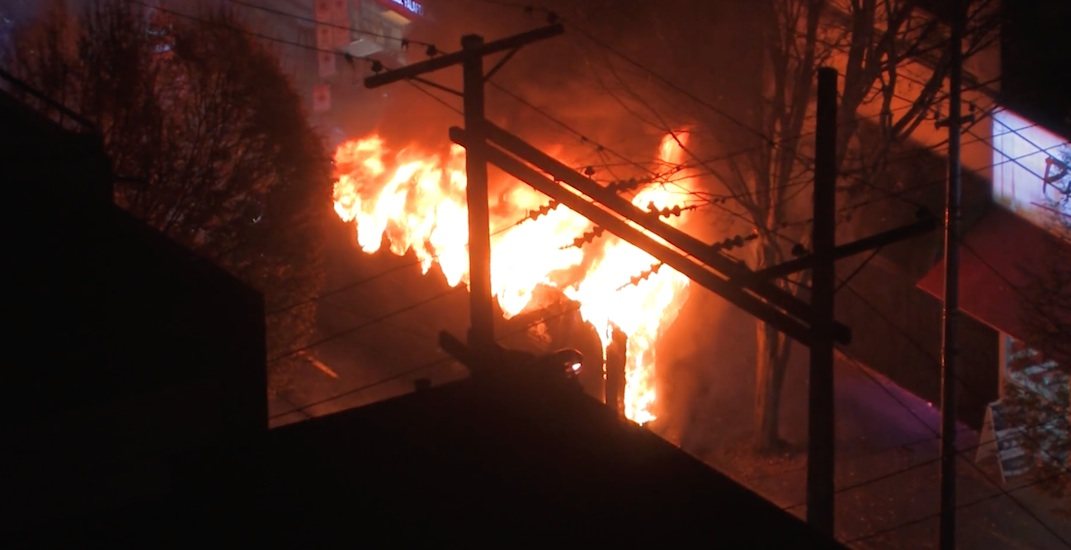 A party bus on the Granville Mall in downtown Vancouver exploded into flames late Saturday night.

It happened just as a large crowd left the Orpheum Theatre following the Vancouver Symphony Orchestra’s performance of Jurassic Park.

The flames spread to a nearby tree, and the exterior of a building received minor damage.

Fortunately, nobody was injured. The cause of the fire is being investigated.

Walked out of a VSO show only to discover firefighters soaking a bus on fire… Roads blocked on Smithe and Seymour #Vancouver pic.twitter.com/80ExoMiz8x