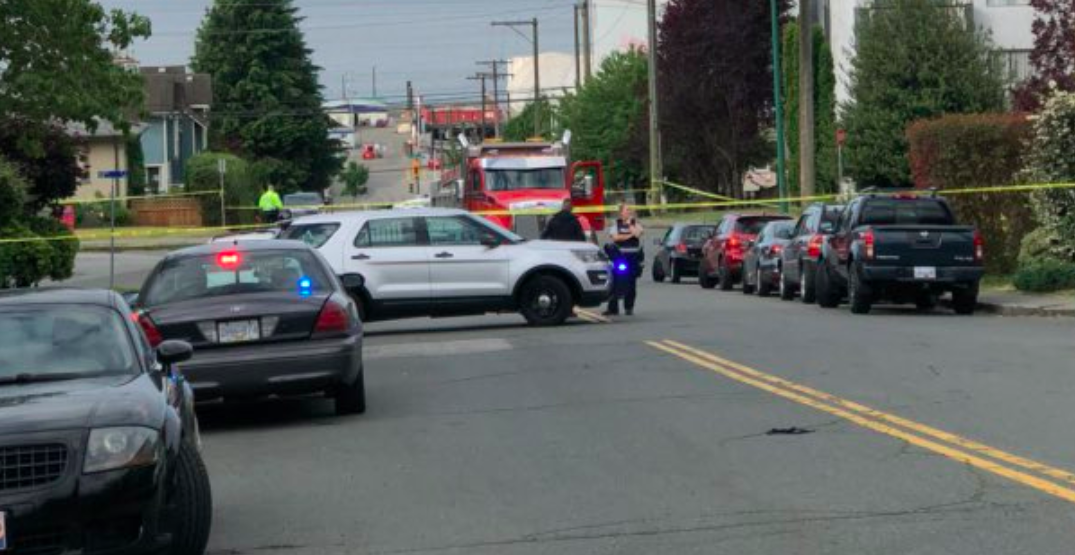 A cyclist is dead after a collision with a dump truck this morning in North Vancouver. (Jess Sloss / Twitter @thattallguy)

A cyclist is dead in North Vancouver after being hit by a dump truck in the city earlier this morning.

According to RCMP, the incident took place just after 7 am, at the intersection of St. Andrews Avenue and East Second Street.

Fire, police, and ambulance crews all attended, but the 54-year-old victim was pronounced dead at the scene. His family has been notified. The driver of the dump-truck remained on scene.

Dump truck hit and killed a bicyclist in #northvancouver. Driver speaking to police officer looks in shock. Cyclist under a white sheet.

Be safe friends. Take it slow. Give a loved one a hug. pic.twitter.com/LxdV0Z3UcD

At this point, police said the cause of the collision is still under investigation.

RCMP are also asking anyone who may have witnessed the incident, or has video of the collision to contact them at 604-985-1311.