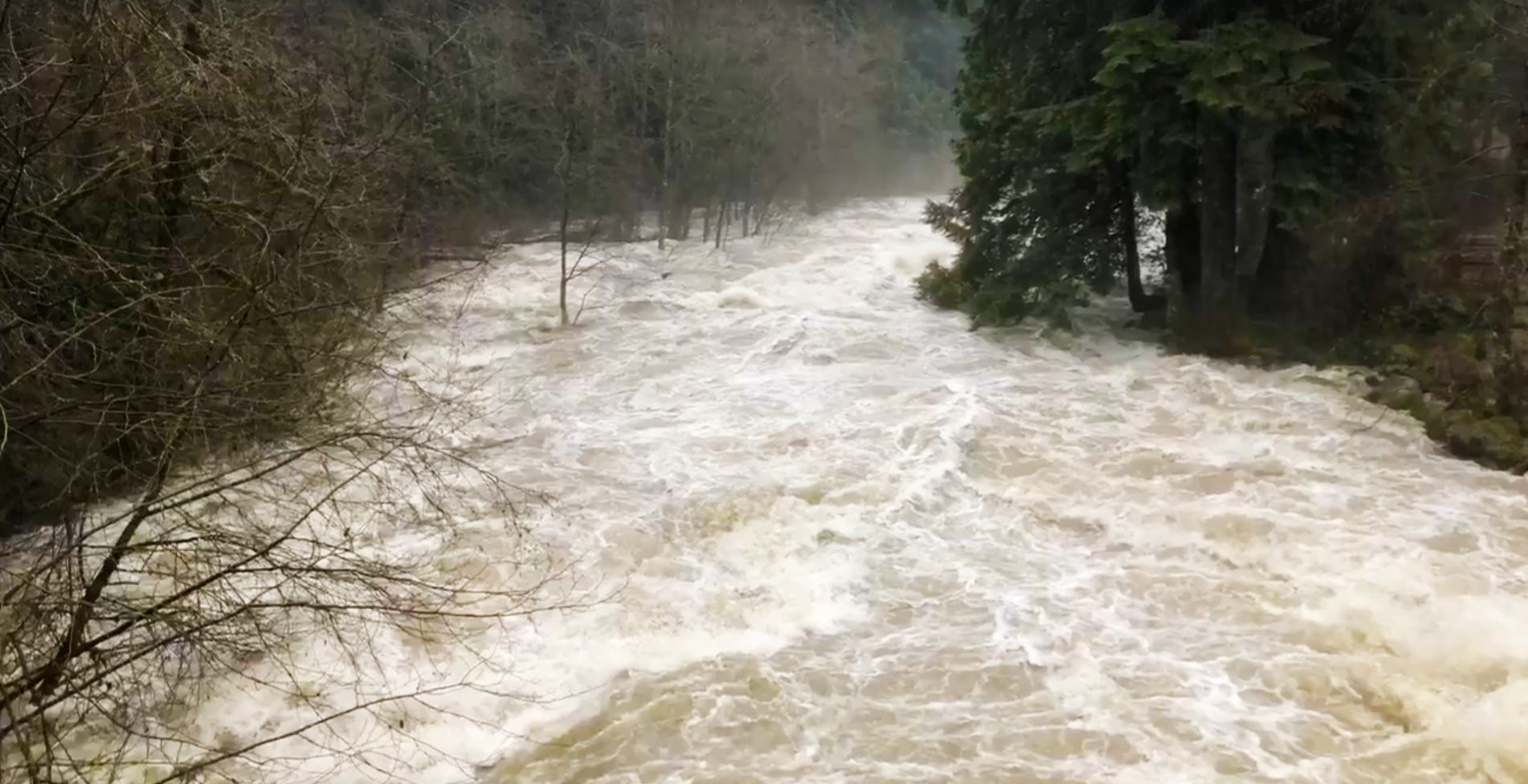 “There is an extreme risk recreating in or near even normally slow moving streams. Keep dogs on leash,” writes the volunteer rescue group on Facebook.

“Be aware that if water levels rise, the route out from hikes may be cut off, leaving you stranded… This is a great day to stay indoors.”

North Shore Rescue says the flooding and rainfall has also increased the risk of avalanches.

Environment Canada has already issued a rainfall warning for:

The weather statement says that rain, at times heavy, will continue through Monday.

Since Sunday morning, 40 mm of rain has fallen over Metro Vancouver, and with the additional rainfall today, Environment Canada warns of flash floods.

North Shore Rescue posted a couple of videos showing the rushing waters facing anyone out near Lynn Creek and Lynn Canyon.