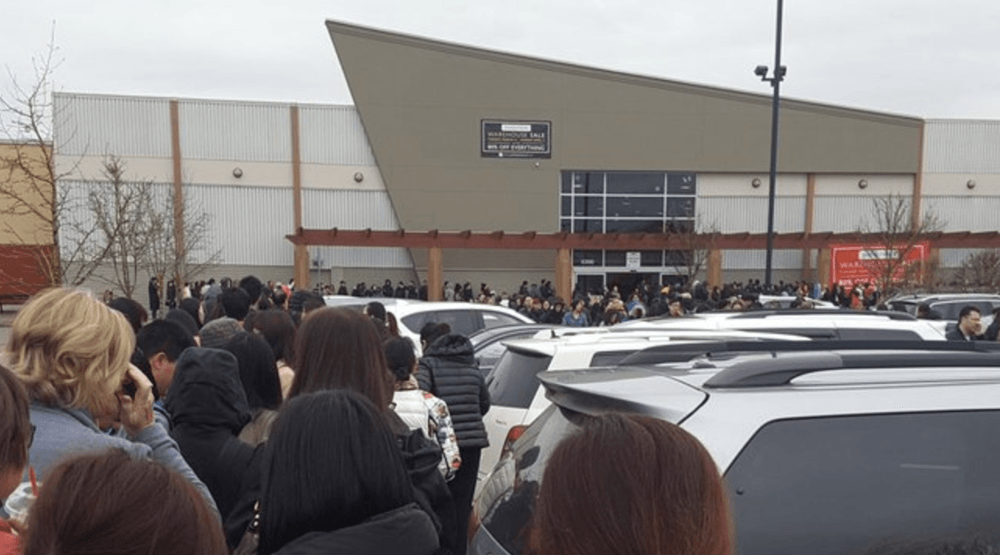 The Nordstrom Warehouse Sale is drawing huge crowds and some very long lineups in New Westminster.

Eager shoppers headed down to Queensborough Landing Outlet Mall early, in hopes of getting their hands on some good deals. But, the lineup to get into the Nordstrom sale coiled all the way into the parking lot.

Once inside, shoppers still had to wait to get their hands on the goods.

#NordstromWHsale lineup inside again for anything worth shopping for. Boo to that.

According to some fashionistas, the long wait left them a little disappointed.

This is a little over rated , totally not worth an hour of wait 😒 plus the line up for the cashier #Nordstrom #nordstromwarehousesale #superlonglineup #designer #shopping #vancouver #vanbuzz #shopaholic #van604 #vanshopper

The warehouse sale, which promises deals up to 80% off, is on from March 21 to 26 at Queensborough Landing Shopping Centre in New Westminster.