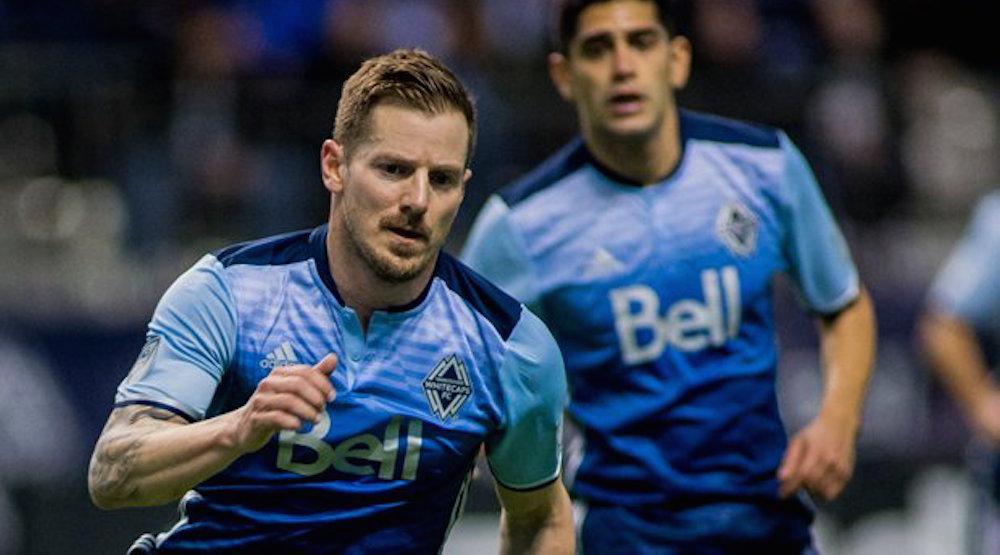 The Vancouver Whitecaps continue to shape their 2017 squad in terms of additions and subtractions to their roster. However, as their season opener looms ahead in just over a week, one burning question remains unanswered: Who will be the new Whitecaps captain?

After Carl Robinson and his coaching staff made the decision not to extend a new contract to Pedro Morales, the Maestro found himself joining former teammate Octavio Rivero at Chilean side Colo Colo. The Blue and White have now found themselves without the player who served two and a half years as their second captain in MLS history.

The Welsh tactician is now forced to name a new captain that will help him lead his team henceforth in an attempt to recoup the form that labeled the Whitecaps as MLS Cup contenders a couple of years back.

Assuming that the arm bracelet will be given to a player currently in the roster, here are three candidates to be the new ‘Caps’ skipper.

Pros: The Great Dane has proven himself to be a leader of this squad on the pitch. He is also not shy about calling out his teammates when he feels they are not giving their all. The Nordic netminder has been one of the best performing ‘Caps over the last three years and he is always willing to raise his hand and take responsibility when he or the team’s play is not up to par.

Moreover, Ousted seems committed to the city and has settled well in the community.

Looks like the kids of Squamish taught @David_Ousted a thing or two about footy at the unveiling of our #VWFC mini-pitch yesterday…😅 pic.twitter.com/YVDQOn2zVQ

Cons: A lot of people feel that goalkeepers should not serve as captains due to their inability to interact with the referee on a consistent basis due to their geographical positioning and constraints on the pitch.

Also, goalkeepers are often seen as a lone wolf within an team due to the unique role they play. Having said that, there are lots of examples of successful goalkeeper captains in recent memory such as Gianluigi Buffon or Iker Casillas.

Pros: The Mission Viejo native is now the leader in appearances in the Whitecaps MLS history, nearing 150 matches. After arriving in the middle of the inaugural 2011 season on trade, Harvey took over the starting left back spot in 2012 after Alain Rochat left the team. Since then, he’s been a model of consistency and improvement on the team’s back line.

Harvey is already a leader in the locker room, he often speaks to the media, and he is a tremendous community ambassador off the pitch for the club.

Tune in to today’s match on TSN2 to see Jordan Harvey join #BellOutsideTheBox and take a visit to @ICORD_SCI#VWFC pic.twitter.com/nsM4CYzbtL

Cons: At 33 years old, questions about longevity and durability on the pitch are starting to surround Harvey’s career. With players like Marcel de Jong, Brett Levis, and a potential return of Sam Adekugbe nipping at his heels, the Whitecaps seem to be set at the left back position for the long term. Having said that, with Adekugbe on loan and Levis coming back from a long term injury, it seems that Harvey’s role in the team will remain unchanged in the short term.

Pros: Perhaps an off-the-board choice, Tim Parker is entering his third season as a professional. The best Whitecaps first round SuperDraft pick, the Hicksville native has proven that he could be a bastion on which this team can rely for years to come.

Touted by many as someone with enough talent to be a regular US National international, in his first two years as a pro Parker has shown that he can solidify himself as one of the prime central defenders in this league and lead this team from the back.

Cons: At almost 24 years old, Parker is still seen as a young guy within this group and has yet to prove himself as a the number one choice in the heart of the Blue and White defensive line. With stripes yet to be earned, Parker’s time might be in the future.

When putting it all in the balance, it seems that at this particular point in time, Harvey is likely the best choice to don the Whitecaps captain’s bracelet and lead this team, at least for 2017.