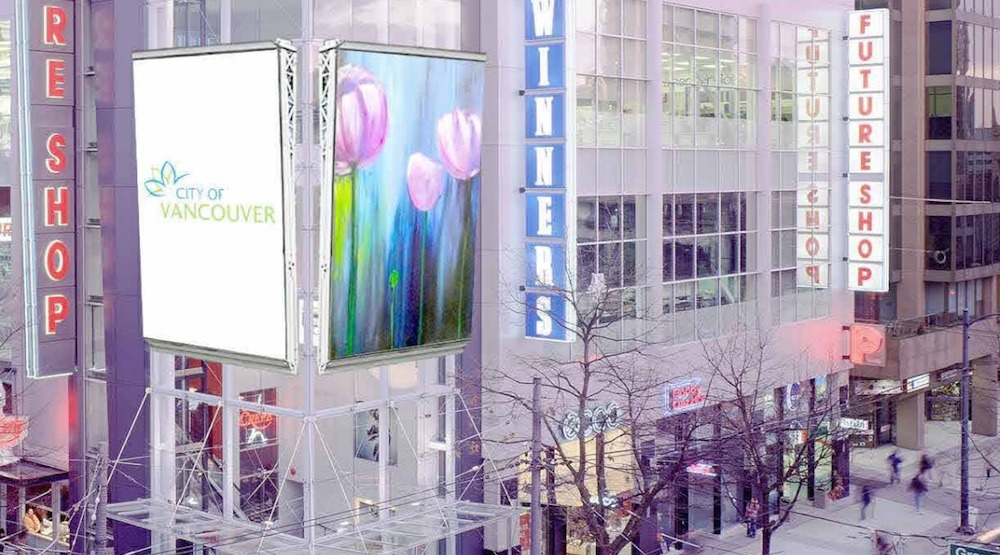 The intersection of Granville and Robson streets is Vancouver’s closest answer to Times Square in New York City and Yonge-Dundas Square in Toronto, and its prominent video screens could receive a major size and brightness upgrade.

Building owner and developer Bonnis Properties is proposing to replace the existing electronic video screens that are suspended on the facade of the retail building that houses Best Buy and Winners. 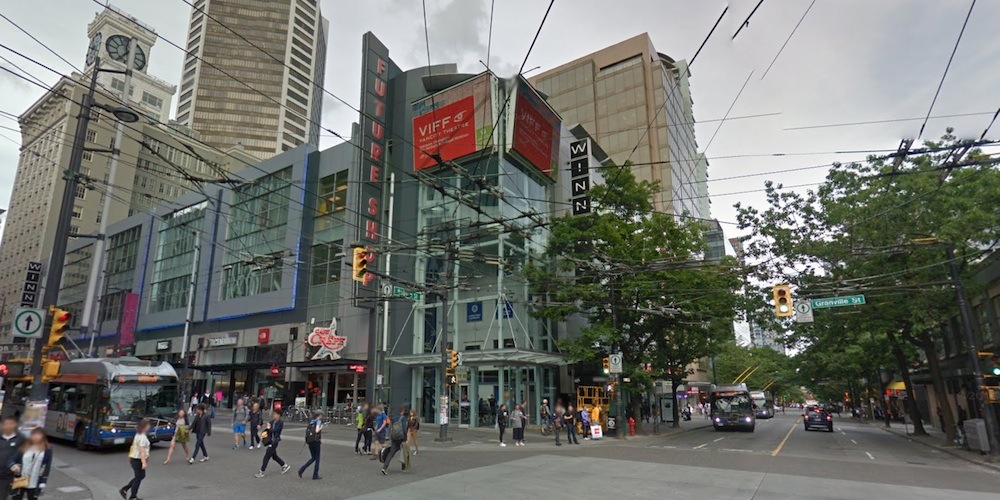 The new models will also be significantly more energy efficient, consuming approximately 25% of the average power of the existing screens. Ambient light sensors on the signs will automatically adjust the brightness of the signs to respond to daylight and nighttime conditions.

As well, the new screens are designed to concentrate light output to the desired viewing area and minimize light output on unwanted areas, particularly nearby condominiums.

Outdoor video screens and building-mounted advertising signs are strictly scrutinized in Vancouver, to the extent that the city has some of the toughest sign policies of any major municipal jurisdiction in North America. But an exception has been made for the Granville Street strip in downtown Vancouver given that it is the city’s entertainment and nightlife hub.

“The sign displays on the Granville Strip play a significant role in establishing the character of the street and help to convey its identity as the city’s primary entertainment district,” reads the proposal. “The Sign Bylaw recognizes this by encouraging more vibrant and exciting signage along Granville between Hastings and the Granville Street Bridge.”

“To address the street’s unique circumstances, the City has allowed for larger, more prominent signs, as well as a greater number of signs than is permitted elsewhere in downtown.”

Resident opposition has also been another obstacle for signage proponents. Shortly after BC Place Stadium’s new video screens were installed in 2011, local condominium residents complained about the brightness of the screens, forcing stadium operators to turn off the signs overnight and lower the brightness output during certain times of the day.

The stadium’s sign at Terry Fox Plaza drew the ire of some residents again in 2014 when it was used for live screening of TED Talks. This time, the complaint was over noise pollution.

There were also opponents to the installation of a three-storey-tall digital sign near the top of the TELUS Garden office tower, even though the sign was a low-light emitting projection screen – not a video board.

Proponents say the new signs will be used primarily for advertising, but it will dedicate 10% of its air time for video art and community programming managed by the municipal government. During some years, the existing screens were used as a countdown clock for the impromptu crowds that gathered on Granville Street for New Year’s Eve revelry.