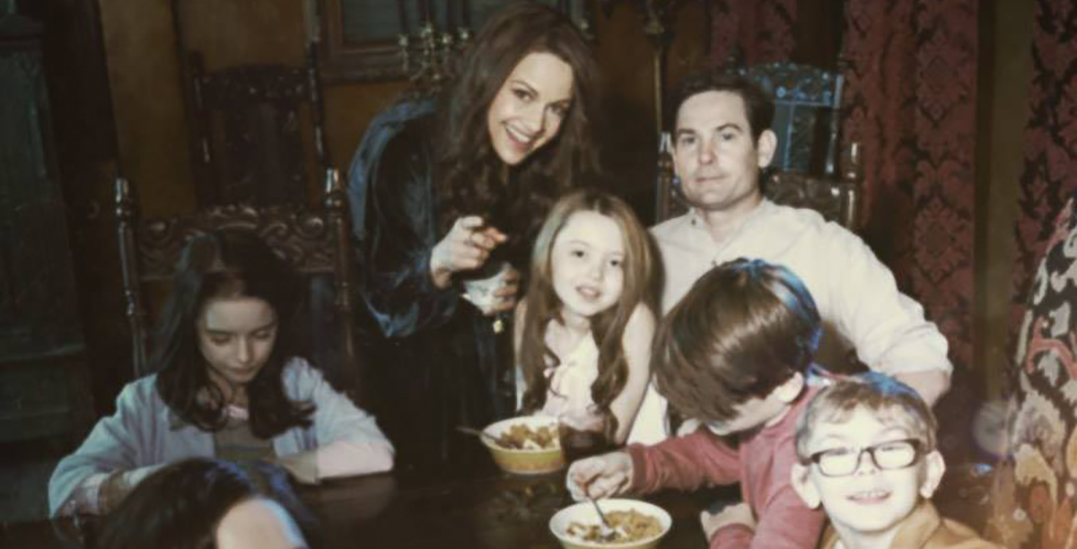 The Haunting of Hill House, Netflix’s latest venture into the horror genre, is apparently terrifying watchers so much that it’s making them nauseous and unable to sleep.

In short: It’s dark, it’s chilling, and it’s twisted how scary it is.

The series is a recreation of the late American horror and mystery writer Shirley Jackson, who pencilled a horrifying novel of the same name. It follows five siblings who grew up in one of America’s most infamous haunted houses.

The group reunites as adults after the suicide of their youngest sister. That means confronting their past, as well as some of the darkness that lived within the walls of their childhood home.

So just how scary is it, and what sets it apart from being just another jump-scare-heavy thriller?

Without giving too much away, the show has already received a ringing endorsement from master of horror Stephen King.

THE HAUNTING OF HILL HOUSE, revised and remodeled by Mike Flanagan. I don’t usually care for this kind of revisionism, but this is great. Close to a work of genius, really. I think Shirley Jackson would approve, but who knows for sure.

To receive a comment like that from a legendary author is nothing short of impressive. Especially when that writer is responsible for bone-chilling stories such as It, Misery, and The Shining.

Social media users have also been quick to share their praise for the 10-episode series. That, and tips for watching it without crying/screaming in fear/turning all the lights on in the house.

the key to getting through The Haunting Of Hill House is watching it during the day with the lights on, folks.

Man… the @haunting of hill house is so good. It makes me want to vomit, cry, and turn on all of the lights in the universe. Amazing storytelling. Incredible atmosphere.

Who is watching the Haunting of Hill House because I need to talk about it , potentially in the middle of the night when I can’t sleep because I’m now afraid of the dark

The Haunting of Hill House on @NetflixUK is one of the most terrifying, nail biting, hide behind the couch, don’t even breath, I’m going to pass out from fear things I have ever watched. In. My. Life.

Haunting of hill house is making me terror vomit in joyful confusion. So I love it.

The Haunting of Hill House is SO good. Like how is it possible for a horror show to make you both terrified and sad? Holy emotions. @netflix @haunting

I am a horror connoisseur and have been watching this genre for the last 20 years and this one of the best horror series I have ever watch ..All the boxes checked …a horror intertwined with life …

Fortunately, she’s managed to get through seven episodes without breaking down at the office — although, she has to take one to two-day breaks in between watching.

So what’s the final verdict on the Haunting of Hill House? You’ll have to watch for yourself, but it sounds like Netflix has released the perfect gem to get you in the Halloween-mood.

For now, here’s a trailer – and a reminder to keep the lights on when you watch.