NDP leader John Horgan and Green Party leader Andrew Weaver have officially announced that they will work together to form the next BC Government.

The news of the agreement came at 2 pm Monday afternoon after the pair called a joint news conference outside the BC Legislature to make, what they described as, a “significant announcement about the future of British Columbia’s government.”

Weaver and Horgan announced they have reached a four-year Confidence and Supply Agreement that provides a path to forming a new government.

The agreement will be ratified by both the Green and New Democrat caucuses tomorrow before being released in full.

“60% of the voters who cast votes voted for change,” John Horgan said during a joint press conference; “and we are going to be able to give that change as a result of the agreement between the BC Greens and the BC NDP.”

BC voters have been waiting anxiously to find out who will govern out of Victoria ever since the May 9 election left no party with enough seats to form a majority. Recounts and absentee ballot counts were conducted last week confirming that the Liberals have 43 seats, the NDP 41, and the Greens 3.

A party requires 44 seats in order to form a majority government, which is the magic number that the NDP and Greens can reach by working together.

A few mins ago, I joined @AJWVictoriaBC to announce an agreement between our parties. Thank you to all the voters who made this possible. pic.twitter.com/ifQ4Qk8IJf

Andrew Weaver described it as a “Historic day for BC Green Party” as he met the press alongside NDP leader John Horgan to make the announcement.

“After taking the time to engage in good faith discussions with both parties, our caucus has concluded that it is in the best interests of British Columbians for new ideas and new approaches to be brought to the BC Legislature,” he continued.

“People voted overwhelmingly for change, and we are ready to give them that,” said New Democrat leader John Horgan.

“A New Democrat government will deliver what people voted for on May 9: making life more affordable, fixing the services people count on, and building a sustainable economy that works for everyone.”

“We can have a legislature where all MLAs can put forward good ideas that help people, and come together to support them. That’s the opportunity voters presented us with when they made their decision. We couldn’t be more excited to work together to get closer to making the changes we both committed to in our campaigns – and get good things done for the people of BC,”  Horgan added.

An opportunity to fix a broken system 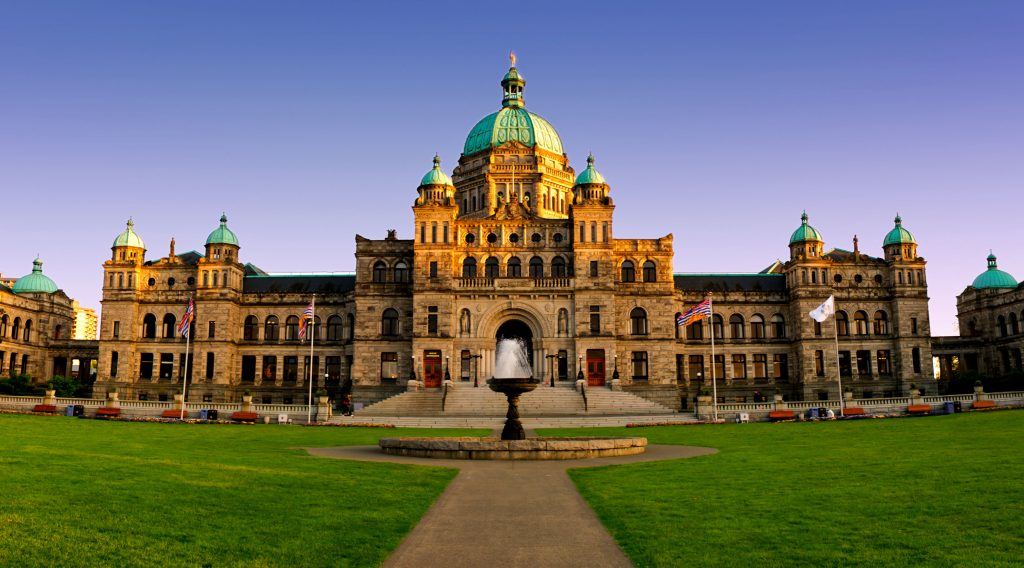 “This is an incredible opportunity to work together to fix our broken political system,” Andrew Weaver said as the announcement was made.

“The BC Green Caucus’ top priority will continue to be to collaborate across party lines with both other parties to advance good public policy that puts the people of British Columbia first,” said Weaver.

The two men stressed that this is not a coalition, but that the two parties would be governing as a minority, following an agreement that had been forged over several days of conversation.

“We spent four sessions with the BC NDP, many many hours, talking about issues of commonality, talking about differences,” Weaver said during Monday’s press conference.

Weaver also confirmed that he had been in discussions with the BC Liberals.

“There is so much commonality in the legislature,” he said. “But in the end, we had to make a difficult decision: a decision that we felt was in the best interest of British Columbia today and that decision was to work with the NDP to provide a stable minority government over the four year term.”

What does this mean for Christy Clark?

The NDP / Green deal leaves BC in uncharted waters as far as recent political history goes.

However it does not mean that BC has a new premier just yet. Indeed this is just the first step in the forming of a new minority government.

If the NDP and Greens were (as expected) to defeat the government in a vote, Clark would be expected to resign and ask for a new election. However the lieutenant-governor could also ask Horgan and Weaver to govern without holding an election.

Shortly after Monday’s announcement Christy Clark issued a statement to the media.

“In recent days, we have made every effort to reach a governing agreement, while standing firm on our core beliefs. It’s vitally important that British Columbians see the specific details of the agreement announced today by the BC NDP and Green Party leaders, which could have far-reaching consequences for our province’s future.”

“As the incumbent government, and the party with the most seats in the legislature, we have a responsibility to carefully consider our next steps. I will consult on those steps with the newly elected BC Liberal caucus, and have more to say tomorrow.”

BC wants to see an NDP-Green government

Today’s announcement follows hot on the heels of an Insight’s West poll that found that British Columbians supported the NDP and Greens working together to run the province.