Forget about your superheroes, monsters or anything to do with Vin Diesel, because Baby Driver is faster and far more furious than any other film you will see this year.

When has director Edgar Wright ever made a bad film? I’ll answer that for you, never.

The man behind Shaun of the Dead, Hot Fuzz, or the grossly under-appreciated Scott Pilgrim vs. the World, has created his masterpiece and it’s the epitome of cool with instant classic written all over it. 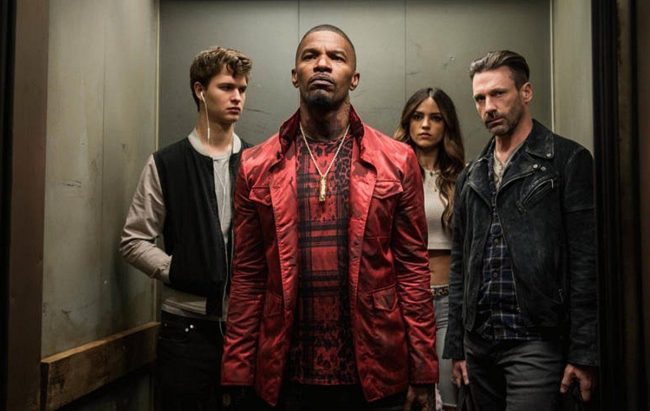 It also boasts a cast that features Ansel Elgort, Kevin Spacey, Lily James, Jon Bernthal, Eiza González, Jon Hamm, and Jamie Foxx so right there you know this has the making of something special.

What I dug the most about this flick was how the music is just as important to the film as the cinematography and the acting performances. The entire movie is visceral, almost dreamlike, and for 90 minutes it takes you on a heart-pounding trip.

The title, “Baby Driver” was taken from an old Simon & Garfunkel song and it’s just one of many classic tunes that are used throughout the film.

You’ll have a whole new appreciation for songs like Bellbottoms by the Jon Spencer Blues Explosion or Brighton Rock by Queen. The way director Edgar Wright incorporated the music and edited it to sink to the action is what adds to the whole experience.

Visually, the film is stunning; with some of the best cinematography you will see this year thanks to some amazing shots from Bill Pope. You immediately appreciate Pope’s work from the opening scene where he shows off a long extended one shot that must have taken a copious amount of time to perfect.

But it’s more than just those masterful shots that make this film buzz. 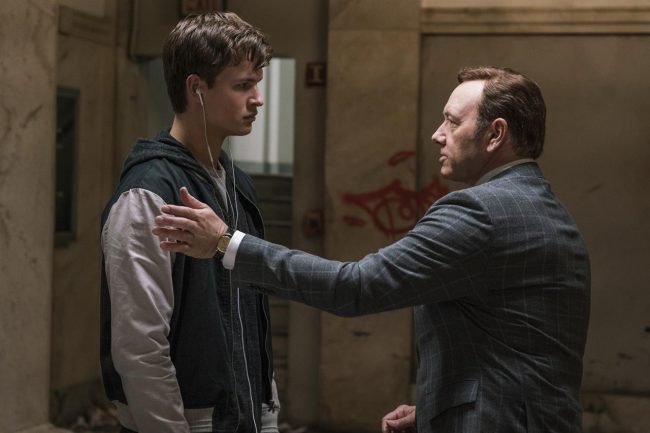 The music, editing, and cinematography are all fantastic, but the film comes alive with the amazing work of all the actors. First off, get used to saying the name Ansel Elgort (The Fault in our Stars) because this kid is going to be a huge star and this is his coming out party.

Elgort plays Baby, a getaway driver who has to do a few jobs in order to pay back a crime boss named Doc played beautifully by the great Kevin Spacey.

Thanks to a horrific accident when he was a child, Baby developed a ringing in his ears (chronic tinnitus) that he tries to drown out with loud music. Essentially he lives his life within a perpetual soundtrack that plays through his ear buds.

So when Baby drives it’s like watching a maestro conduct a symphony at high speed. When he isn’t behind the wheel, he wears shades, remains quiet, and dances to his own beat dreaming of saving enough money to drive far away from his current life.

With the reputation of being the best bank-robbery driver in Atlanta, Baby is constantly chauffeuring Doc’s crew of miscreants like Buddy (Hamm), Darling (Eiza Gonzalez) and Bats (Jamie Foxx) to and from large heists.

The story is something we have seen many times before with the good old “one last heist” narrative, but it’s the original way this film is executed that makes something old new again. But you’re not watching Baby Driver for the story; you’re watching to see how deep the cast dives into Wright’s pool.

Trust me the actors go right into the deep end with a standout performance by Jon Hamm. Honestly, I haven’t seen Hamm this good since Mad Men. Not to be outdone, Jamie Foxx is also funny; but in an intense, I will kill you at any second kind of way.

Everything about this movie clicks.

It’s high octane fun that puts to shame movies like Transformers, Fast and Furious or anything that feels like manufactured, unoriginal cinematic trash.

Baby Driver is what filmmaking is all about. Not to mention they actually have car chases that use real cars, doing real stunts. Take note Vin Diesel.

This is the best film Edgar Wright has ever done, and that is saying a lot considering he has never made a bad movie. This is also something you want to experience in a nice theatre setting because it will be one of the best movies to come out this summer and it deserves to be seen and heard in all its glory on a very large screen turned up loud. 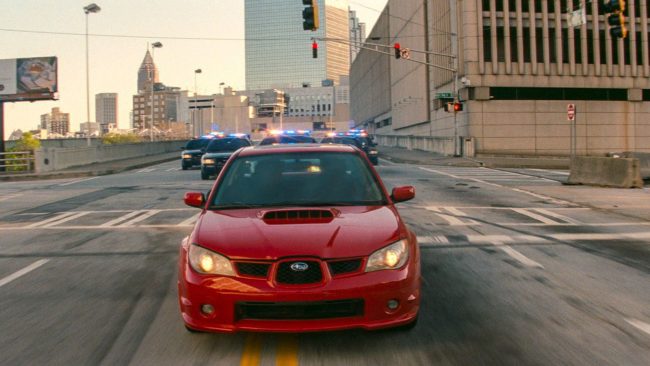 I can’t say enough great things about what will most definitely be in my top five movies of 2017. Buckle up and go see Baby Driver because it gets a rip roarin’ five out of five from me.

Baby Driver is playing at a theatre near you, is rated R, and 90 minutes long