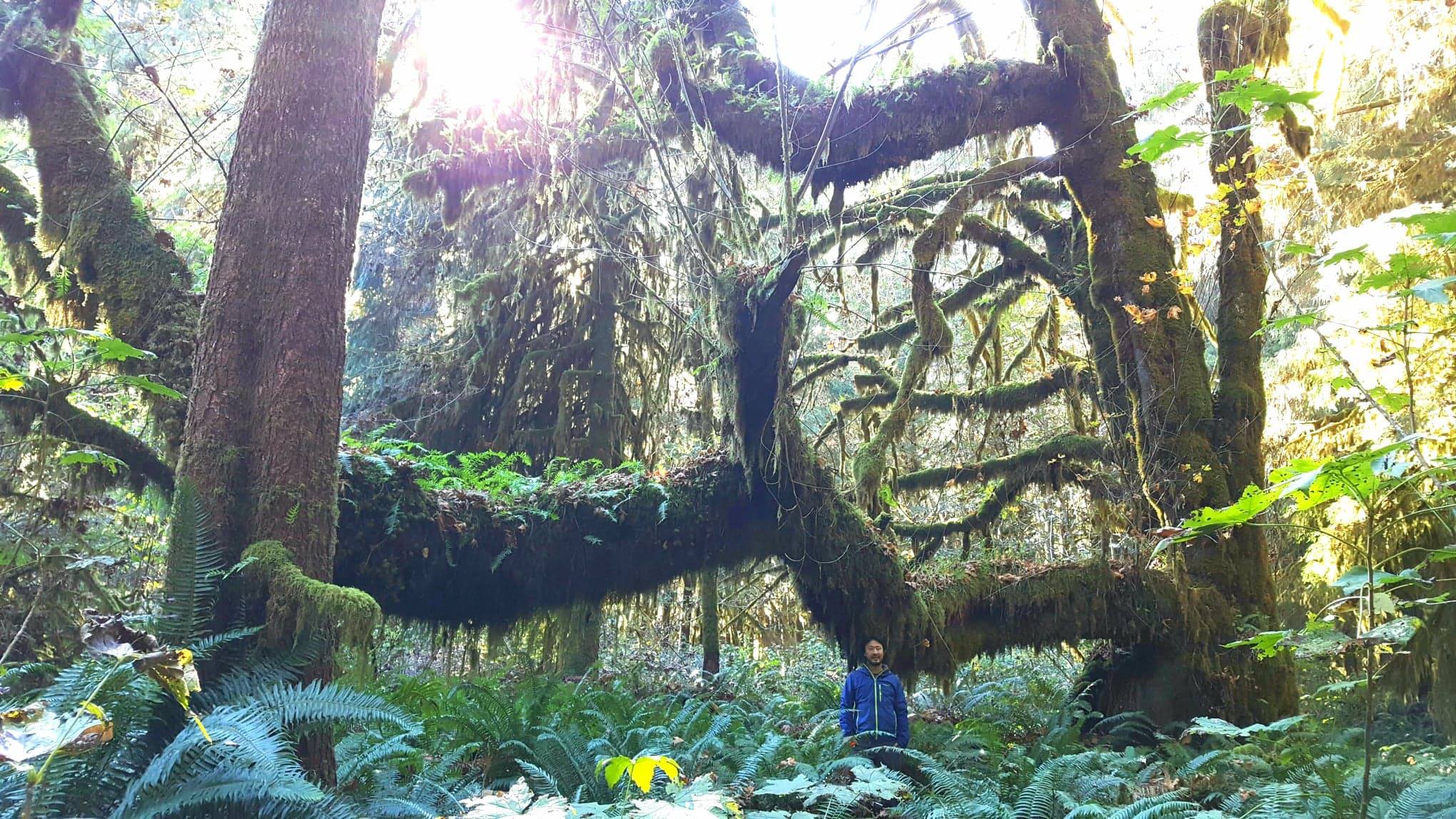 A recently-located old-growth forest on Vancouver Island is potentially Canada’s most magnificent and beautiful grove, according to the conservation group Endangered Ecosystems Alliance — which is now calling on the province to strengthen legislation to protect it — and other old-growth forests.

In a phone interview with Daily Hive Vancouver, the EEA’s Executive Director Ken Wu said conservationists first came across the 13-hectare forest, they named the “Mossome Grove” (short for “Mossy and Awesome grove”), in October and explored it more last month.

Portions of Mossome Grove are located on Crown land near Port Renfrew, on southern Vancouver Island in the unceded territory of the Pacheedaht First Nation band, and most of the forest is unprotected, with a small section lying in an Old-Growth Management Area and in the riparian reserve along the San Juan River, the EEA said in a statement. 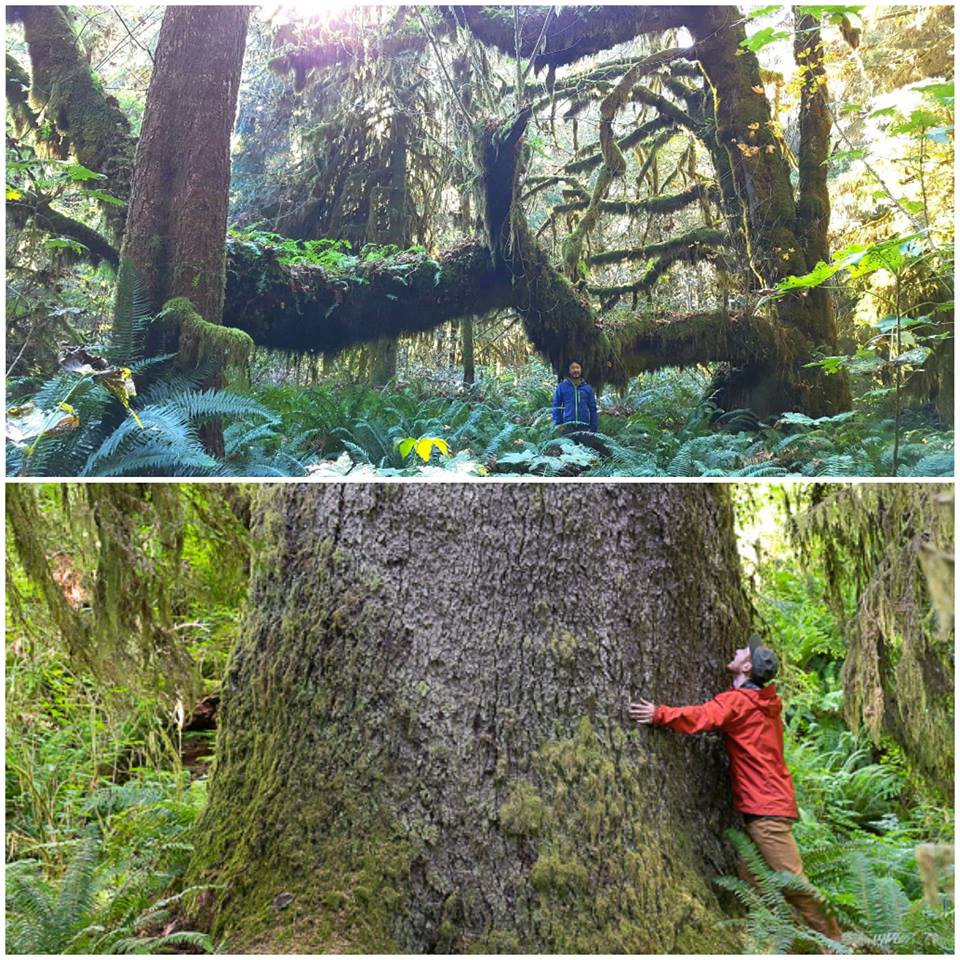 Wu said the forest holds some of the country’s largest trees with one Sitka Spruce tree measuring more than 10-feet wide and a Bigleaf Maple at seven feet and six inches wide at the base, making them within the top 10 of their species, based on the BC Big Tree Registry. Other inhabitants include wolves, black bears, cougars, Roosevelt elk and black-tailed deer.

“It also is probably the most beautiful forest I’ve ever seen, like literally, and I spent my entire adult life exploring forests, and this forest takes the cake,” Wu said, adding it’s the most perfect rainforest you could imagine.

“The Bigleaf Maples are completely draped in hanging gardens of mosses and ferns, they look like some shaggy prehistoric monsters, and the Sitka Spruce are the tall straight-solid impressive roman pillars, the combination of those huge spruce, they’re so impressive for size, and also the… the impressive Bigleaf Maples in terms of their size, but probably more spectacular is just the… the amount of hanging vegetation on them makes it feel like some sort of Hollywood set, it’s… it’s like perfectly designed to put you in awe,” he said.

Wu said while the grove is beautiful, it’s important to know that old-growth forests are important for a lot of reasons: they support endangered species, the economy with tall tree and ancient forest tourism, they’re vital for carbon storage, they provide clean water for communities and wild salmon, and are important for First Nations cultures.

Wu said it’s concerning that a large portion of Mossome Grove stands in the operating area of BC Timber Sales, the province’s logging agency.

He says province has the pilot-policy Big Tree Protection Order in place to protect BC’s large trees and groves — but it’s not enough.

“It’s a weak policy right now, it doesn’t provide buffer zones around the biggest trees, so basically you can clear cut all around the biggest trees and just leave the tree standing by itself and it doesn’t include saving groves like this grove.  The special beauty of this is not just one or two trees — it’s the entire forest there,” said Wu, adding comprehensive science-based legislation is needed to save old-growth ecosystems.

“We don’t need to clear cut 800 year old trees to make two by fours and pulp and paper and toilet paper, there’s other alternatives and namely second growths, most of the forests are second-growths now in BC, productive forests,” Wu said, suggesting the province log trees between 50 and 100 years old instead.

“We’re one of the very last jurisdictions where there’s still large-scale industrial logging of old-growth forests to the tune of 10,000 hectares a year on Vancouver Island alone, ” Wu said, explaining that’s about 10,000 football fields worth of forest. 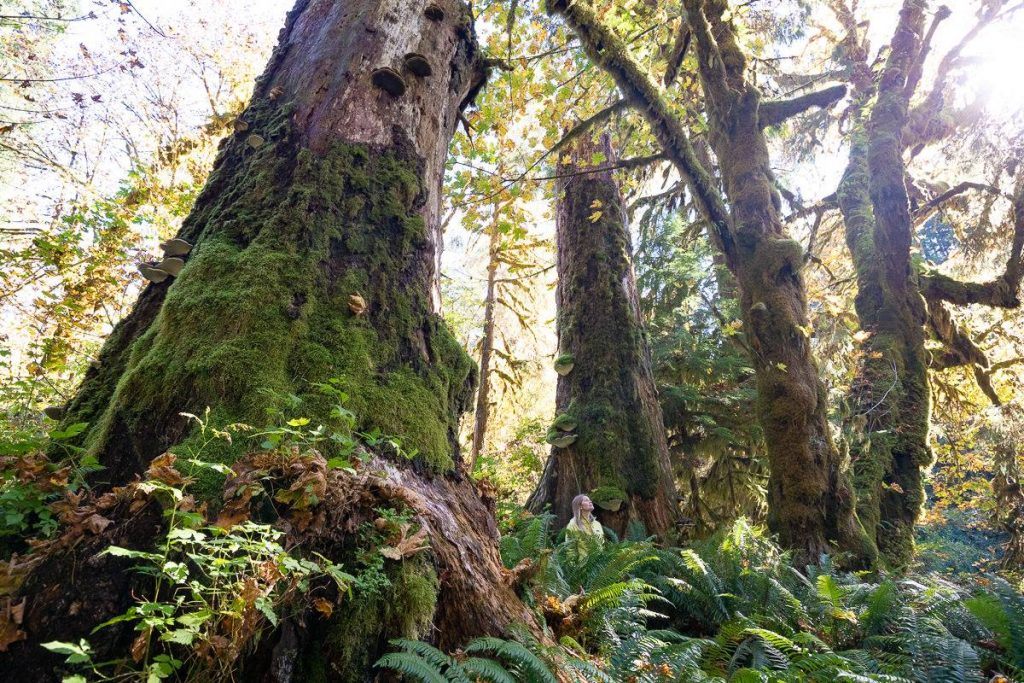 The Ministry of Forests said in a statement that under the Vancouver Island Land Use Plan, more than 13% of the island will never be logged, including 520,000 hectares of old-growth forests.

It said since July 2017, the ministry has approved 125 additional wildlife habitat areas for marbled murrelets and northern goshawks, birds that nest in old-growth forests so habitat is protected from logging, and has protected an additional 1,000 hectares of the coastal Douglas Fir ecosystem (while is not old-growth, but considered endangered), and approximately 40% of the Crown land portion of this ecosystem is protected.

The ministry adds that it’s updating the forest inventory for Vancouver Island and monitoring the effectiveness of best management practices in relation to protecting big trees.

Wu said the group of conservationists is now providing the province with feedback for its policies surrounding old-growth forests, and the goal now is to raise awareness about these groves so that British Columbians are encouraged to contact the government with their feedback as well — adding “now is the time.”