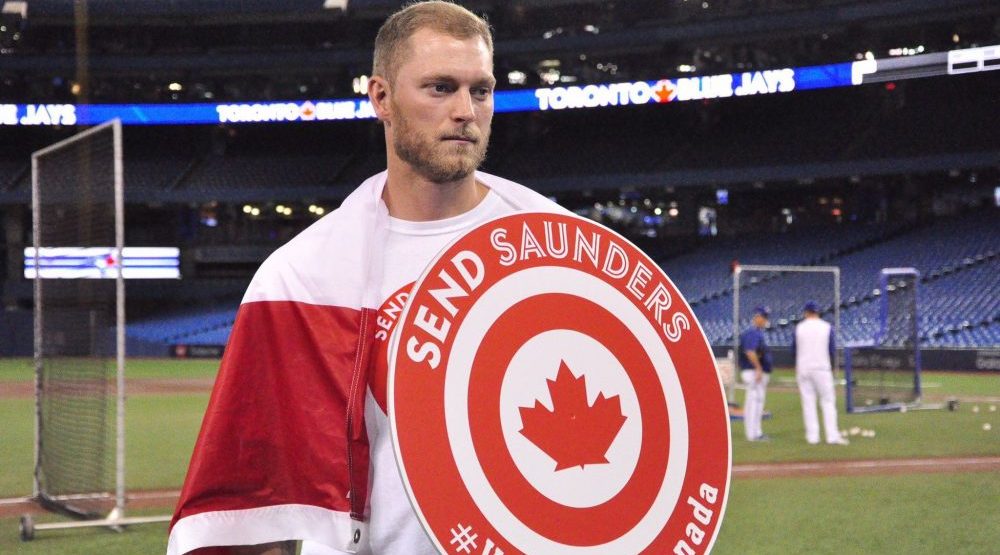 We did it, Canada.

#FinalVote winners Michael Saunders and Brandon Belt are headed to the #ASG – thanks to your votes. pic.twitter.com/fqLIyFTlDd

Jays outfielder Michael Saunders will be heading to the MLB All-Star Game, after 72 hours of fan voting for a spot on the American League team. Saunders set a new MLB record with 17.7 million votes with many of those, not surprisingly, coming from Canada.

Brandon Belt of the San Francisco Giants has been voted in for the National League.

“Thank you to everybody who came together, showed me support, needless to say I felt the love all across Canada,” Saunders said in a video for the Blue Jays’ official Twitter account. “I’m very humbled by it. Thank you very much.”

Finally healthy again, the 29-year-old is a well deserving All-Star this season, batting .298 with 16 home runs.

Saunders, who is from Victoria, British Columbia, becomes just the third Canadian in Blue Jays history to be selected to All-Star Game. Paul Quantrill (London, Ontario) was the first in 2001, while Russell Martin (Montreal, Quebec) became the second last season.

The Jays certainly mobilized the country on this one. The #VoteCaptainCanada campaign was successful.