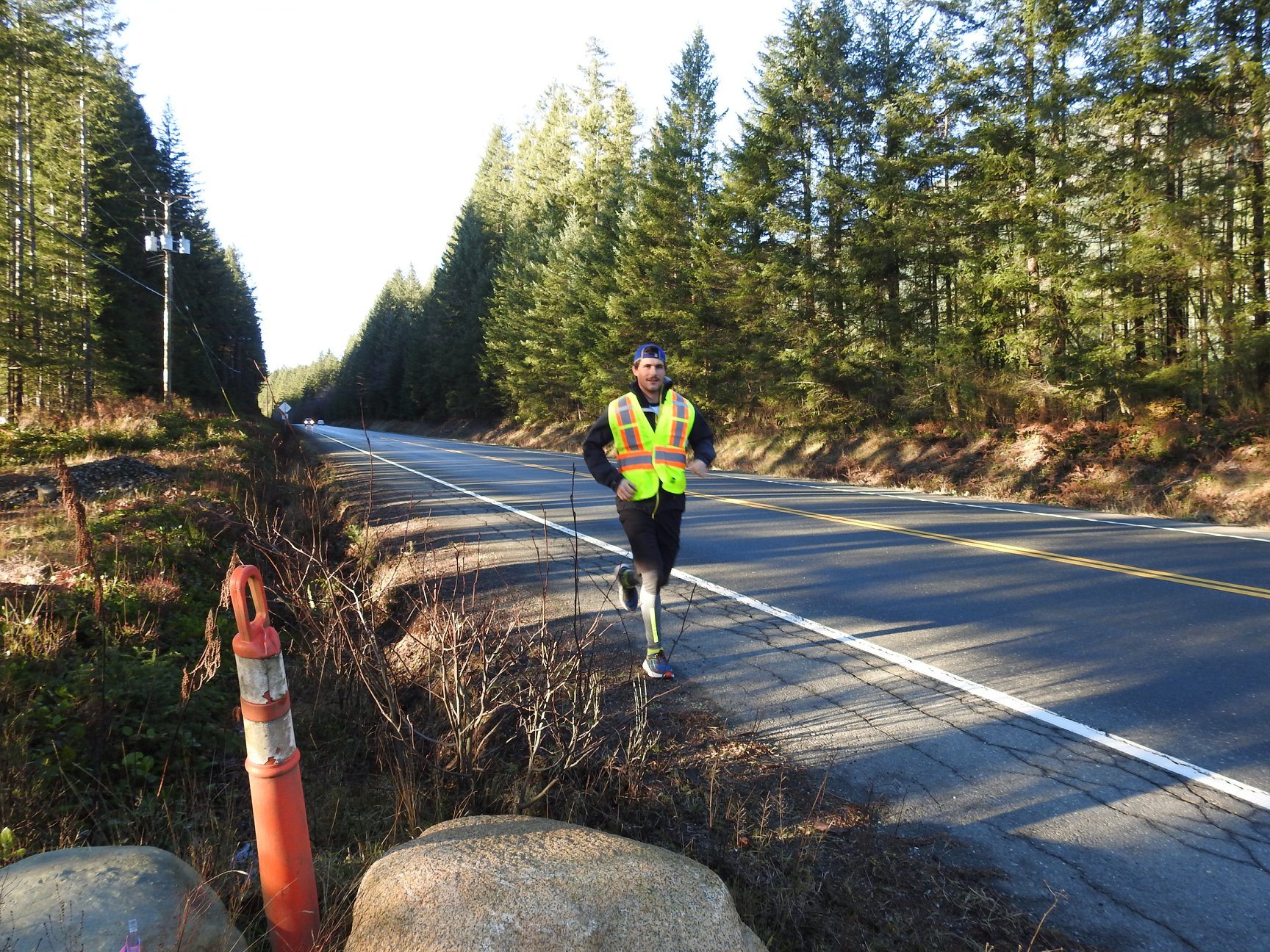 A Vancouver Island man has taken his love for BC’s wildlife to new lengths — literally.

The conservation group has been fundraising $500,000 to buy the Nadeea commercial tenure in the Great Bear Rainforest to own the trophy hunting rights in that area, and stop the killing of game animals like bears, cougars and wolves.

Corlazzoli already thought it would be cool to run that stretch of the island when he attended a Raincoast Conservation Foundation event at the University of Victoria, where he learned about the fundraiser, he told Daily Hive Vancouver.

He said the organization was hosting events at UVIC and UBC, explaining that if everyone it spoke to raised $500 each, the $500,000 goal could be met.

“And since I already had the idea in my head that I wanted to run the island, then I kinda said ‘well maybe I’ll do it in support of this… this cause,’” Corlazzoli said.

While the challenge was to meet $500, Corlazzoli said he wanted to raise much more because he feels an obligation to protect wildlife after growing up in the small town of Ucluelet.

“I grew up in bush, doing things outside, having lots of contact with, you know, black bears, cougars, all that stuff, you knew it was all around you and so you’re more, I feel like, more connected,” he explained.

“Because you’re more… familiar with them and you’ve had experiences with them, where as a lot of people, maybe from the city, might not have even seen a black bear in their life.”

Corlazzoli said because the campaign ended at the end of December, it was “now or never,” and even though he felt undertrained, he would rather give it all he had instead of assuming he would fail, and not try at all.

“It was something I knew I could, you know, at least do the first day or day two and I would rather do that than nothing, so I just started with that in mind… just do as much as I can, do my best and see where I can go, and I was able to, you know, do the whole thing.”

He said he ran an average of 40 km a day, lasting between five and six and a half hours on his feet, but would stop for lunch and take a break.

580,000 steps, 517 kilometers, and 13 days after setting off from the North Island I arrived back into Victoria last…

Corlazzoli said when he ran, it would be daunting to think about the hundreds of kilometers ahead of him, “so I just had to take it one day at a time and say like ‘you know, I can get to the end of today and then tomorrow’s a new day, I’ll wake up and see how I feel and get the end of that day and just keep going,’ I didn’t try to look too much in the future.”

After 517 kilometers, and a “little achilles tendonitis,” Corlazzoli raised $6,272 to put towards protecting wildlife.

That number confirmed on Thursday — just a few hours after the foundation announced that the $500,000 goal has been met and that in the new year it will be completing the purchase of the Nadeea hunting tenure.

Executive Director Chris Genovali said the group is applauding Corlazzoli’s efforts: “We salute him for that.”

“Just running it… and the conditions that he had to run it in and, you know, the injuries and things that he was battling and, yeah we were super impressed, and a lot of us are runners ourselves so we have a lot of admiration for him doing that,” said Genovali.

He said the group is thankful for all of the donors and businesses whom came together to fundraise, not only for this tenure, but also for the four past ones it has acquired as well, which totals more than 30,000 square kilometres of land in the Great Bear Rainforest.

He said the goal now is to purchase the five remaining commercial hunting tenures in the region, and more details surrounding the next step will be announced in 2019.

This comes more than a year after the province announced its ban of grizzly bear trophy hunting across BC.

Genovali said “one of our motivations has been to continue buying these [tenures], not only to protect all the other carnivore species, but almost as a safety net in case there is some change in the status of the grizzly hunt at some point.”

As for Corlazzoli, he said the tendonitis only bothered him a bit and his legs felt great after the run.

Calling it a “collective effort,” Corlazzoli credits his family’s and friends’ support for his accomplished run.