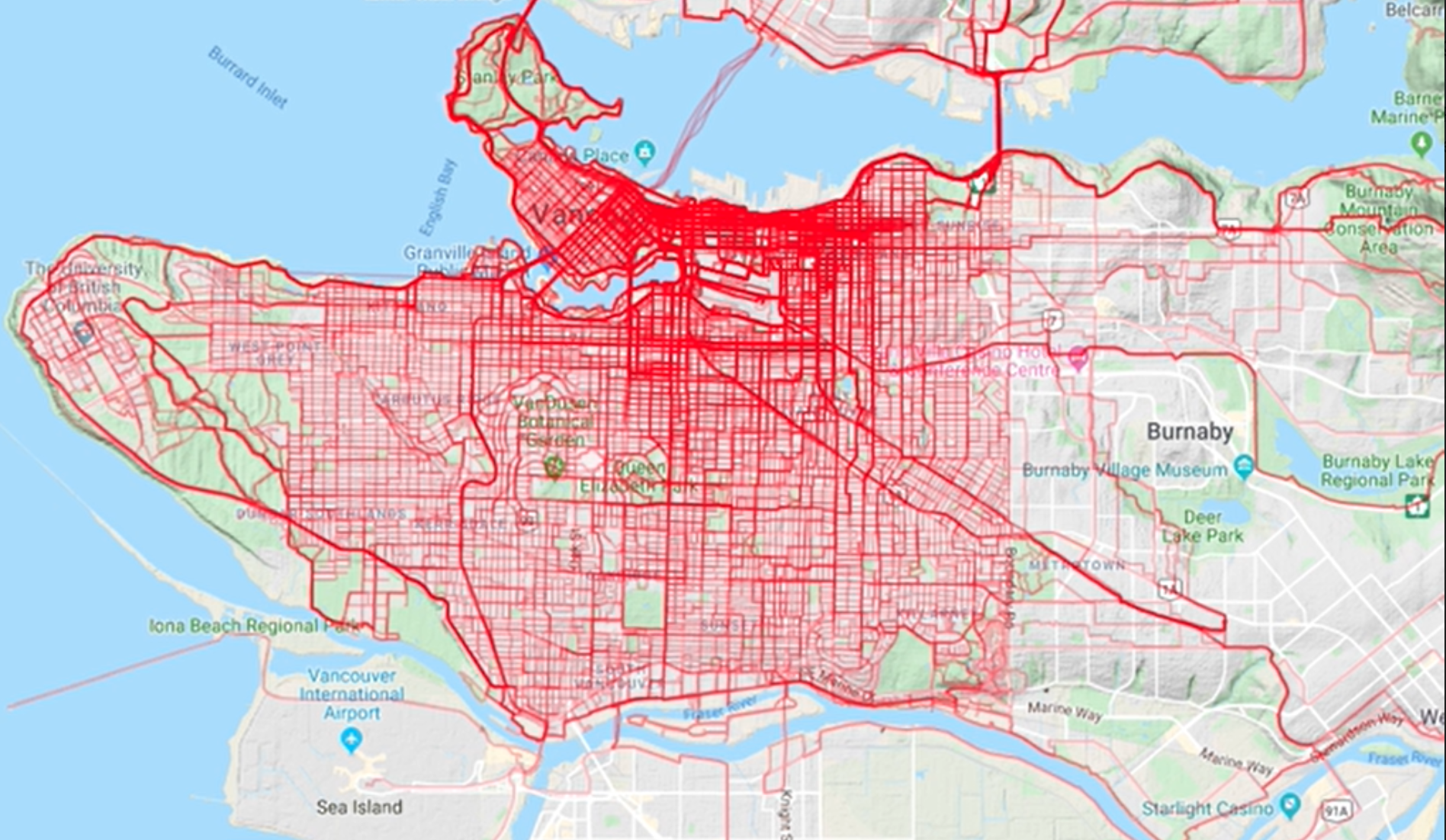 Written by Vancouver-based freelance journalist Kevin Jiang, who spends too much time thinking about petting dogs and not enough time doing so.

After three years, Arlin ffrench has successfully bicycled every single street in the city, during which he witnessed the rapid gentrification of downtown Vancouver.

What began in 2016 as an excuse to exercise and explore different areas of town soon turned into a sobering tour of gentrification and displacement, as ffrench’s three-year-long bike ride repeatedly took him through Vancouver’s fastest-changing and most desperate neighbourhoods.

ffrench’s roughly 6,500 km journey began when he started cycling alternate routes to work and tracking his progress through Strava, a GPS-based tracking app. He described feeling satisfied after seeing his tracks cover more and more of the city, and eventually began cycling further from his normal routes.

“So I started going more and more outside of my zone,” said ffrench. “One day, I thought, ‘hey, I should just go all the way. I should just cover the whole city.’”

His massive journey took him through construction sites, bustling streets, and the maze-like roads of UBC. It often saw him sneaking onto new, unopened roads, or cycling major streets like Granville and Oak streets after midnight to escape traffic. 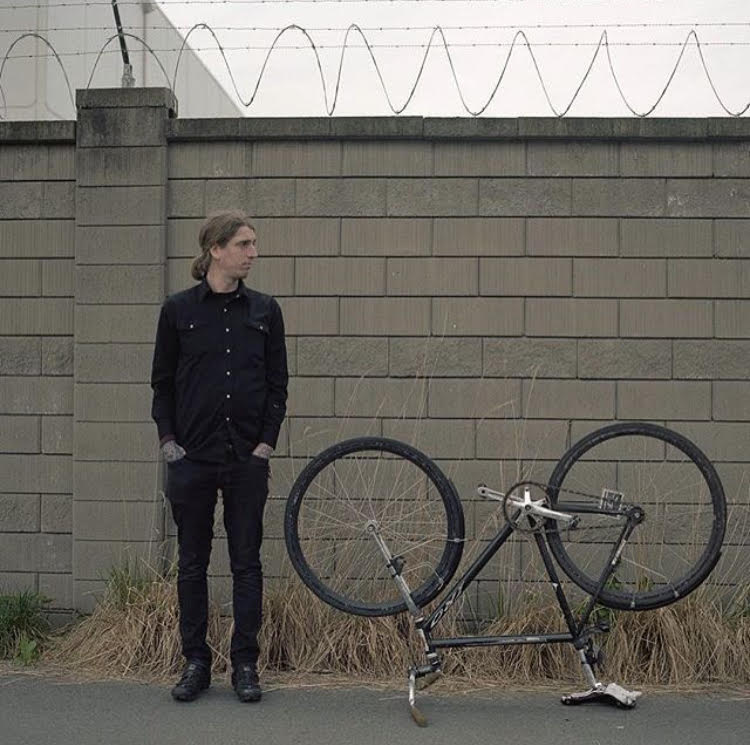 At first, he appreciated having an excuse to get out and bike more. But over time, he became fascinated with exploring areas of the city he had never seen.

“It was interesting to get to the areas of the city I would never have had a reason to go to. There’s no commercial area there. My friends don’t live there. I would never normally go [there],” he said.

Above all, he loved visiting all the different neighbourhoods and communities of Vancouver. He said he found it interesting seeing the contrasting identities and cultures of different areas. His favourite places are the industrial stretch between Gastown and Victoria Drive, and the Downtown Eastside.

“I love that area, it just has a lot of history and interesting stuff to it,” he said.

ffrench has always been interested in city structures and infrastructure and found it fascinating watching Vancouver grow. Entire areas like the River District and parts of southeast Vancouver didn’t exist when he started, and he felt fortunate biking those regions and watching them develop.

However, for ffrench, not all the growth felt positive.

“There’s all this push to end street homelessness, but there’s also all these really expensive condos popping up,” he said.

Between his 11 years as a tattooist working in Gastown, his heavy involvement with Vancouver’s Anti-Poverty Committee, and his activism work doing street outreach, ffrench is no stranger to gentrification. But his cycling journey allowed a closer and more personal perspective on its effects.

“I’ve definitely watched street homelessness explode in the last couple years. There’s way more people in tents and stuff. And obviously Oppenheimer Park is very visual,” he said. “Nobody should be forced to live in a park.”

“Recently, there’s a new wedding dress store in [the Downtown Eastside]. This is a place where people are forced to sleep under doorways, and with heavy street drug use, all in front of a fancy wedding dress shop. I don’t think whoever runs that business had even visited the area,” he said.

ffrench said he’s seen many of the neighborhoods he grew to love over his tour of Vancouver slowly change. Artistic communities were especially affected, said ffrench, with many people leaving Vancouver.

“You end up with incredibly uninteresting cities,” he said, “because you don’t have the artists or entertainers or interesting people that make a city interesting.”

When asked what he’d like people to take from his experience, ffrench said he wants to see more Vancouverites emerge from their comfort zones to visit new neighbourhoods. And, of course, he’d like to see more cyclists.

“I do find Vancouver one of the most insular cities. [People] don’t go outside their groups as much here. People stick to their things… I would like to see people really taking in the city that they live in. You’ve got to really get out of your normal neighbourhood,” he said.

“I personally like seeing non-tourist areas… the parts that everybody forgets about or pushes aside,” he said.

Now that he’s done Vancouver, ffrench plans to bike down every road in Toronto. He’s also gotten a good start on Burnaby. It seems this is something he’ll be doing from now on.