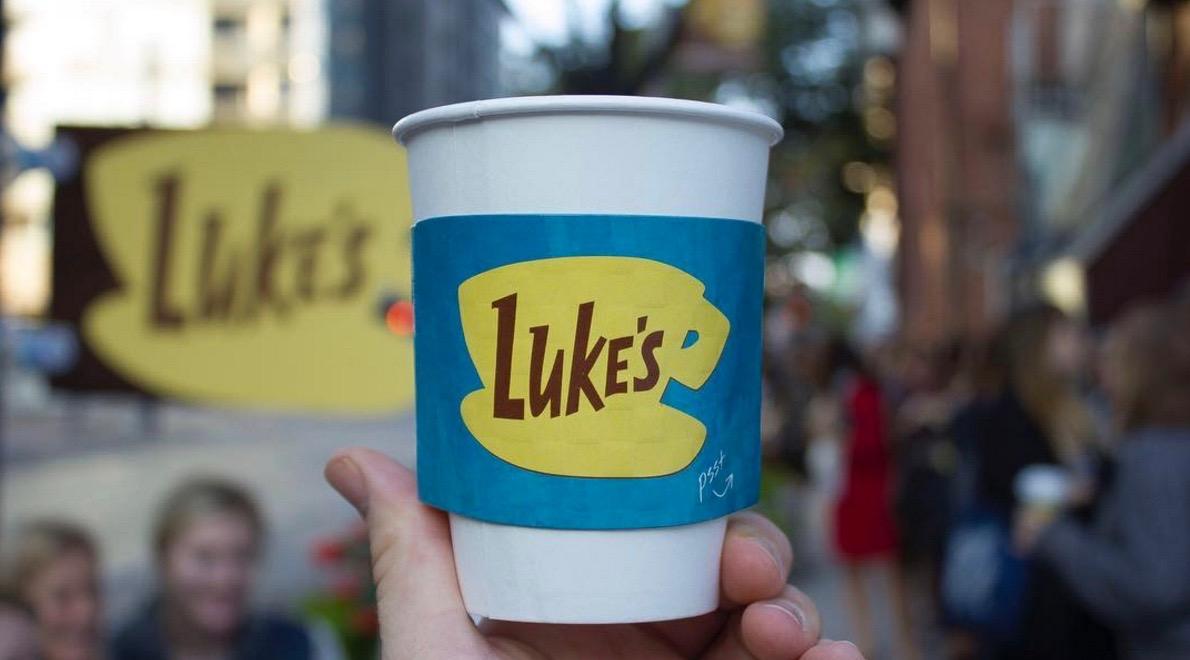 Over 100 people were waiting for the Luke’s Diner pop-up to open on Wednesday morning in Vancouver.

These die-hard fans were there to celebrate the 16th anniversary of Gilmore Girls’ television debut with a free coffee.

This fictional diner took over Trafiq Café & Bakery for the morning and it was flooded with dozens of fans who lined up as early as 6:30 am ahead of the diner’s 9 am opening.

This was the only location in Vancouver, but there were 200 more pop-ups scattered throughout Canada and the US celebrating the special day for the TV show, which originally aired on October 5, 2000.

The real Luke even showed up to his spot for some lucky fans in the US.

The Netflix-sponsored pop-up coffee shop is in honour of the four-part series re-boot of the cult classic dropping in November on the streaming service.

If you hurry you can still grab some of Stars Hollow’s favourite coffee before noon – but only while supplies last.

When: Wednesday, October 5, 2016; free coffee while supplies last from 9 am to noon
Where: Trafiq Cafe & Bakery, 4216 Main Street, Vancouver